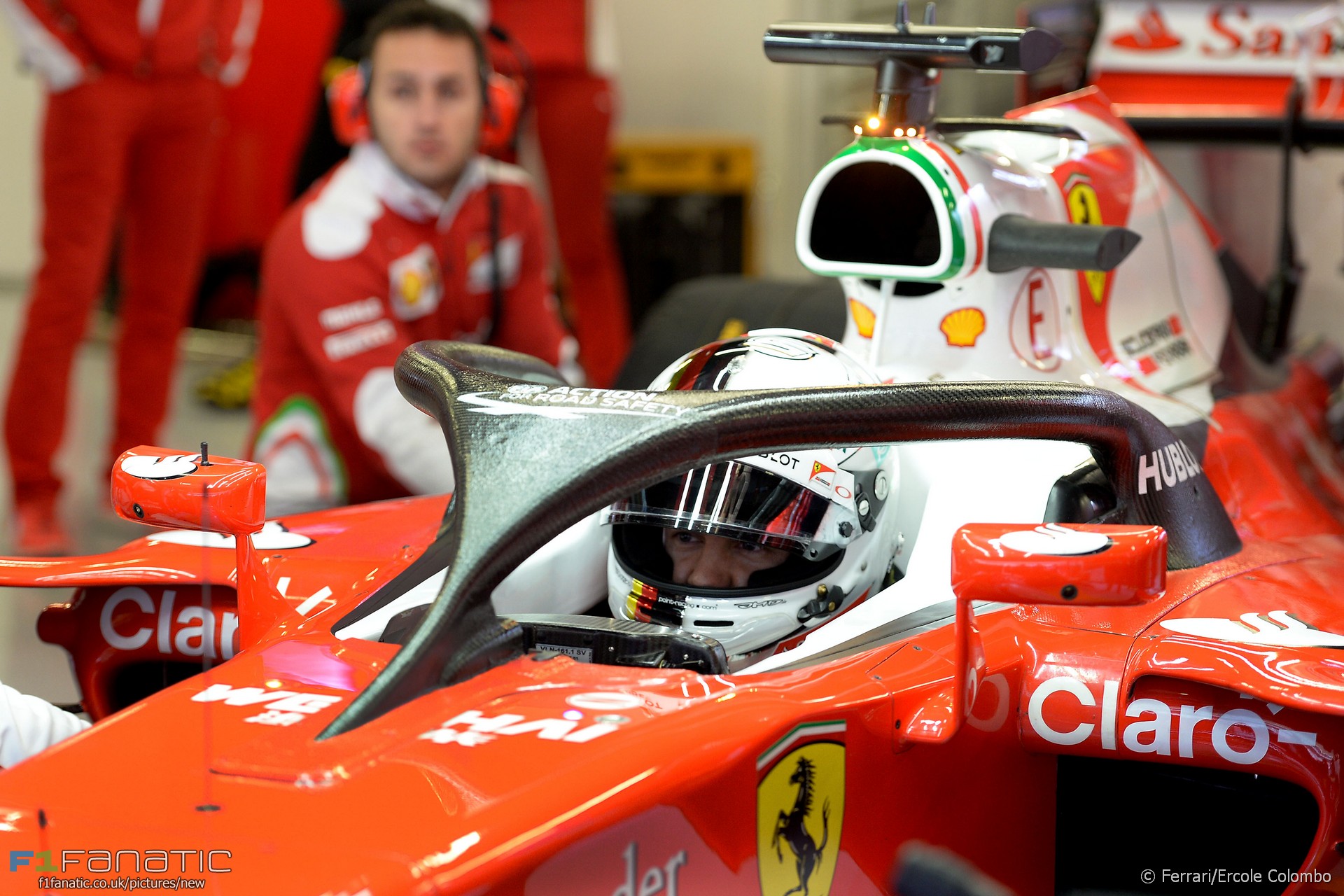 In the round-up: Sebastian Vettel says Halo does not present a significant problem for drivers’ visibility.

Nothing left to do but wait - Sebastian Vettel Q&A (F1)

"First and foremost you can see what you need to see. But I think we can improve the system in terms of aesthetics and also of how much is in your way."

"We have been cracking away so it is from Australia for sure. We are going to get the software done in time."

"In the third stint of the race Ferrari were incredibly strong. Not only were they faster than Mercedes, but they ran for much longer too. "

"In IndyCar I think it's more relevant because you have really high speeds and no run-off so when someone hits the wall the debris has no where to go apart from either into the crowd or onto the track."

"In the pages of the Guardian he covered F1’s evolution into the global, multibillion-dollar enterprise it is today with a combination of sympathy for its fans and participants and scepticism towards its rulers that earned him the trust and respect of readers."

Tests finished.Confident with the car and the team effort but its only test.We'll have to wait till Melbourne to see where we are.Cant wait!

Really sad to hear that Alan Henry one of the best journos in Motorsport has passed away.. A true character that the sport will truly miss.

Is Ecclestone doing good for F1 – and what would the sport be like without him?

I guess the owners of F1 still keep Ecclestone because he has more experience and knowledge than anyone else so he can still negotiate better contracts with circuits or F1 broadcasters. In other words, he brings them more money in the short term. However, I highly doubt if he is good for F1 if one cares about the sport’s future.

Then again, look at what ideas other, Ecclestone-free racing series come up with. Formula E had a blank sheet of paper yet they somehow managed to invent Fanboost. NASCAR has been turned into a season-long ‘elimination qualifying’. IndyCar happily uses double points and reverse grids and success ballasts were also not invented by F1.

So while I completely agree that Ecclestone must go, I am worried about the future of F1 with or without him.
@Girts

On this day 30 years ago the previous Haas Formula One team suffered a setback as title sponsor Beatrice announced it was pulling its backing early.