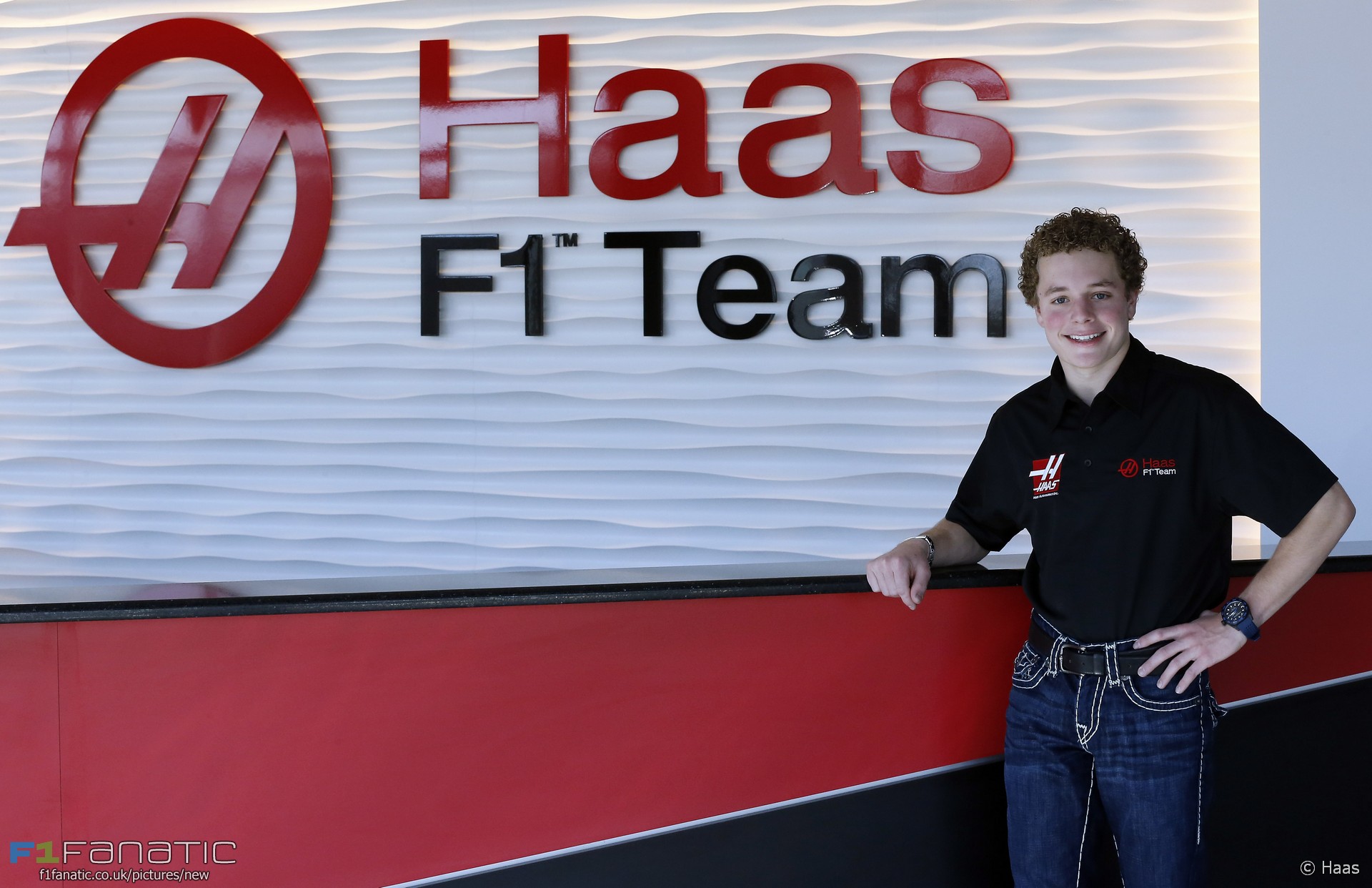 Santino Ferrucci has been appointed as a development driver by Haas.

The 17-year-old American driver will “be embedded with Haas F1 Team at every opportunity, attending races and tests throughout the year while also participating in the team’s simulator program” said the team in a statement.

Ferrucci will race in GP3 this year. He has competed in European Formula Three for the past three seasons, finishing 11th in the standings last year.

“My goal since I first started racing was to become a Formula One driver, and to be an American who is part of an American team is something I take a tremendous amount of pride in,” he said.

“Being paired with Haas F1 Team will allow me to learn more and at a faster rate. It’ll allow me to make the most of my GP3 drive with DAMS and, ultimately, prepare me for Formula One.”

Haas team principal Guenther Steiner said: “We see Santino as a young, American driver with a lot of potential.”

“His opportunity with DAMS is an excellent way for him to further his development while positioning Haas F1 Team for future success.”