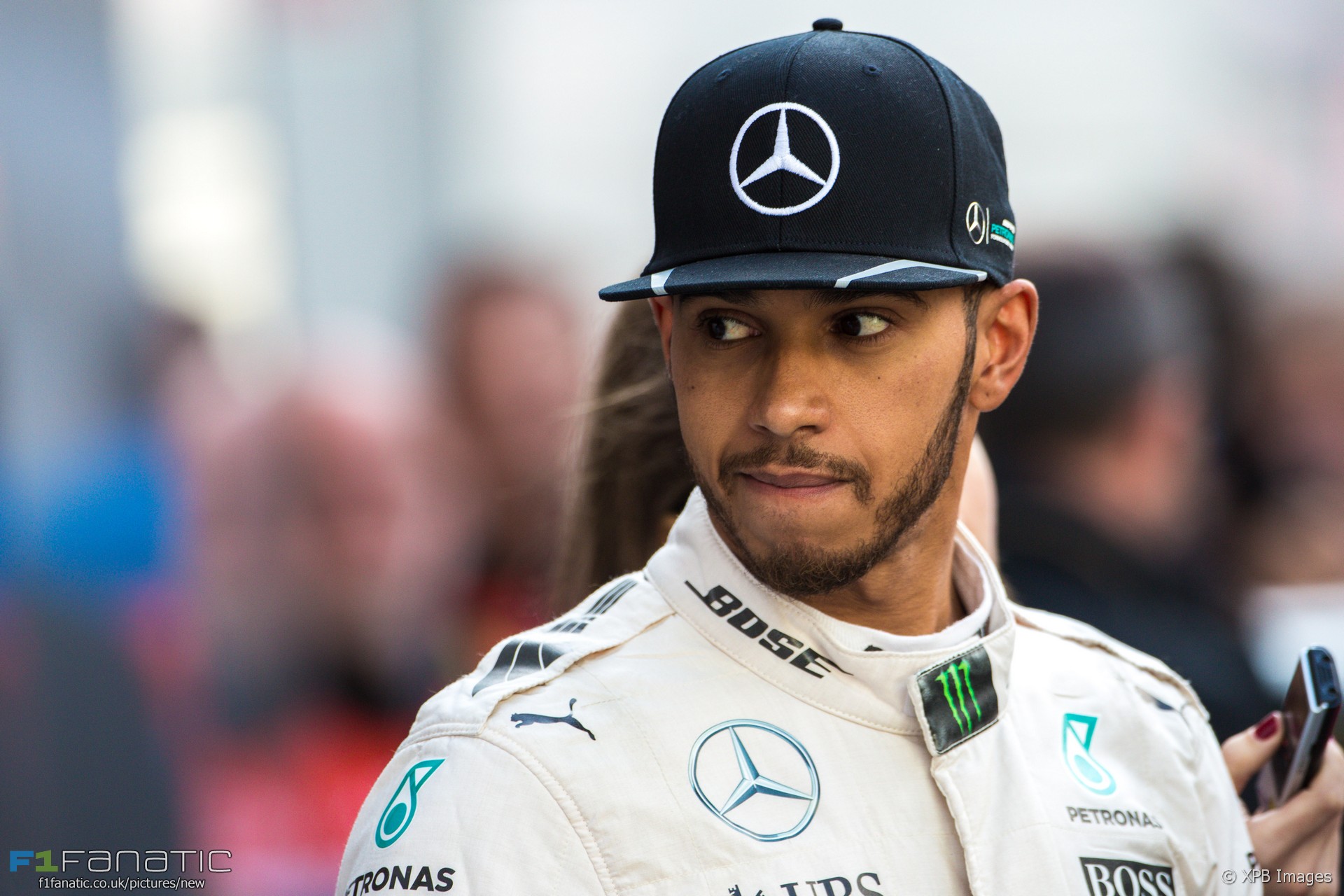 Lewis Hamilton suspects Ferrari will spring a surprise on the field at the first race of the new season this weekend.

Speaking in the official press conference ahead of the Australian Grand Prix Hamilton said “the whole pack looks a bit closer” behind the front-running Mercedes.

“But I think they’ve got something up their sleeve, personally, this weekend. Ferrari I think are going to be a lot closer than they talk it. Just arriving kind of on the low but they’re going to deliver high.”

Sebastian Vettel expects Mercedes to remain the pace-setters but asked if Ferrari had enough performance to challenge them he said “I think we have”.

“Obviously the question is whether we are ready in time but I think we are on a good track, we are making progress. We did so last year, I think we did a step over the winter and as I said whether it’s big enough we need to wait the first couple of races and see but for sure our target is to turn things around.”

“I don’t think it’s a surprise when I say Mercedes is still the favourite but we’ll try to become the favourites in future.”

Vettel added Ferrari knows it is not on par with Mercedes yet in terms of one-lap pace.

“Usually qualifying is all about the raw performance of the car and we know that we are still a little bit behind,” he said. “We have been last year, obviously we try to be a lot closer this year. How close, I don’t know, I don’t have an answer yet.”

“But we have a plan, we know what we want to do, we know where we want to go so bit by bit I hope we improve and we’ll be in a better position very soon with more pole positions under our belt.”

Vettel also singled out a former team of his as ones to watch. “I think Toro Rosso has made a massive step,” he added, “They had a very strong car last year but probably the Ferrari engine this year they’ll be quite a bit stronger.”

17 comments on “Hamilton: ‘Ferrari have got something up their sleeve’”