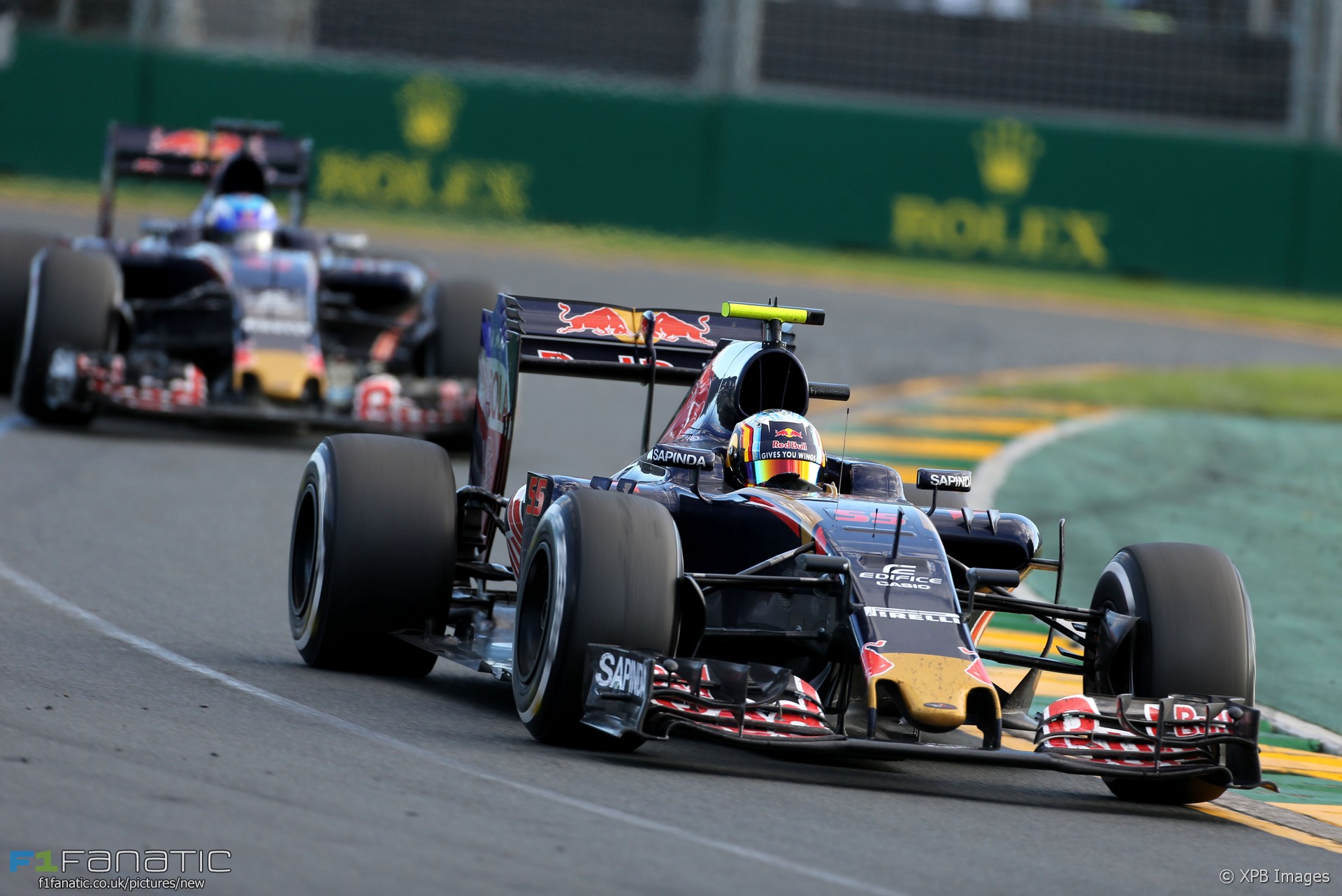 Max Verstappen described his Australian Grand Prix as “very frustrating and disappointing” after his team mate moved ahead of him during their final pit stops.

Verstappen had a slow pit stop due to what he called a “mis-communication between us”, but during the race he complained to his team on the radio that they had given Carlos Sainz Jnr an advantage by bringing him in for his final pit stop before Verstappen.

“How many times I said I have problems with the tyres?” Verstappen asked the team at the time, adding: “I wanted to pit first, [censored by FOM].” Verstappen rejoined the track behind Sainz.

“I think the whole race before that I was much faster so I was pulling away,” Verstappen told reporters after the race, “and then we had the mis-communication and then I got stuck behind and no chance to get past”.

Verstappen repeatedly urged his team to have Sainz let him past. At one point Sainz was warned to “push… otherwise we will swap next lap”, after which he overtook Jolyon Palmer ahead of him.

Verstappen followed his team mate past the Renault but continued to complain to the team on the radio that they “don’t let me past”, adding “it’s a [censored by FOM] joke”.

Afterwards Verstappen, who started fifth on the grid, said there was “definitely more in it than P10”.