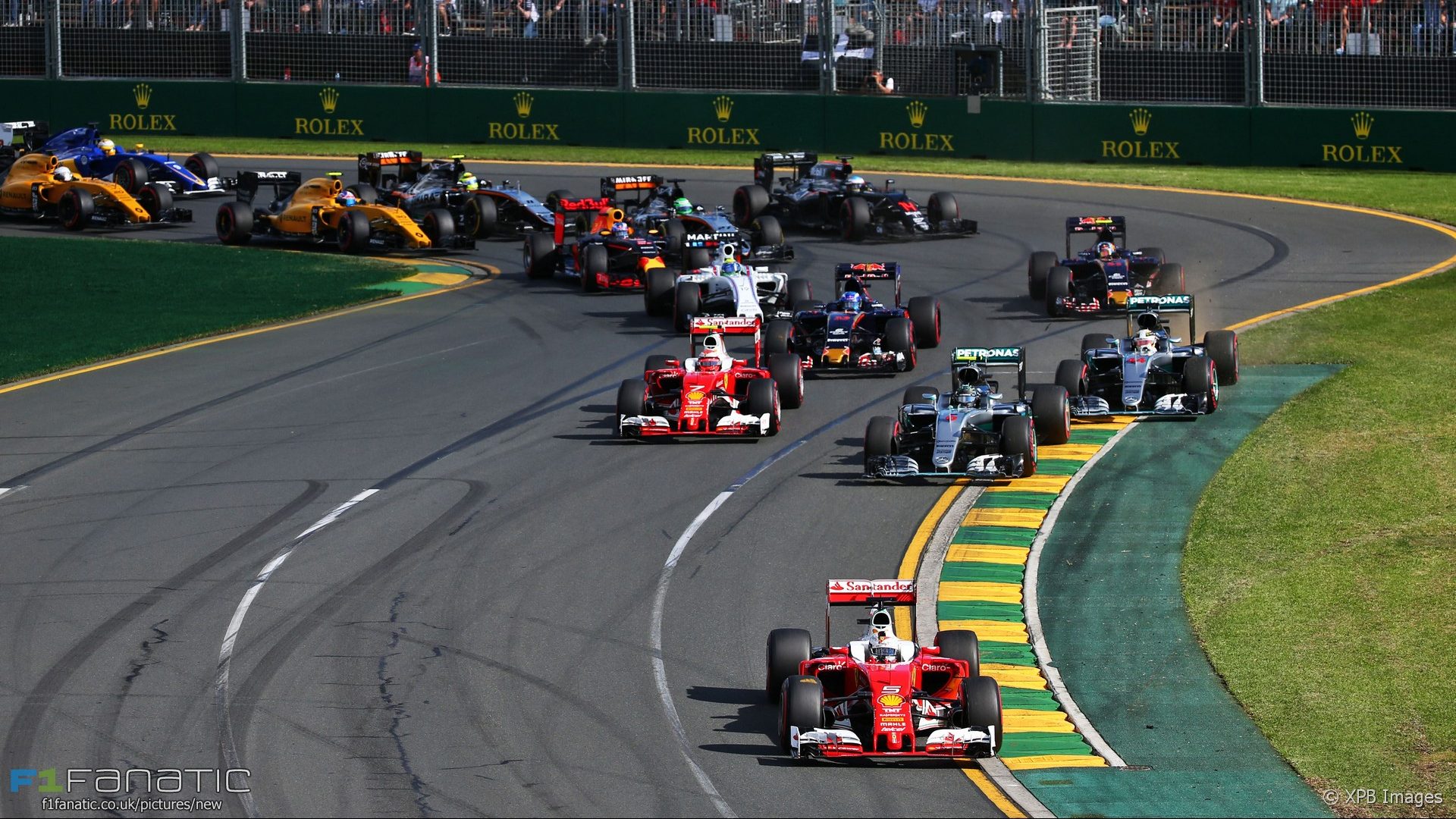 Lewis Hamilton said his team mate’s driving, rather than his slow getaway, did the most damage to his start at the Australian Grand Prix.

Having qualified on pole position Hamilton fell to sixth place on the first lap of the race after getting away poorly from the line and being overtaken on the run to turn three.

Hamilton said his poor getaway wasn’t down to the new restrictions on starting procedures. “I asked my engineer and I think we just had a lot of wheelspin,” he told reporters after the race. “Just one of those difficult starts.”

“The actual start wasn’t shocking, wasn’t the worst, it was at turn one when Nico [Rosberg] run me off. I lost most ground then but I’m just grateful I was able to recover.”

The Ferrari drivers led the early stages of the race after passing both Mercedes at the start. But Hamilton, who said on Thursday Ferrari had “something up their sleeve”, was not surprised by their performance.

Hamilton said Rosberg “doesn’t seem to think he had problems” staying close to the Ferraris, but said he enjoyed his scrap with Sebastian Vettel in the closing stages of the race but held him off for second.

“When Sebastian was behind me I was excited because I was having a race with Sebastian,” said Hamilton. “But unfortunately this track doesn’t really allow you have serious battles, it’s just following someone around in the dirty air which is a bit unfortunate.”

98 comments on “Hamilton points finger at Rosberg over poor start”