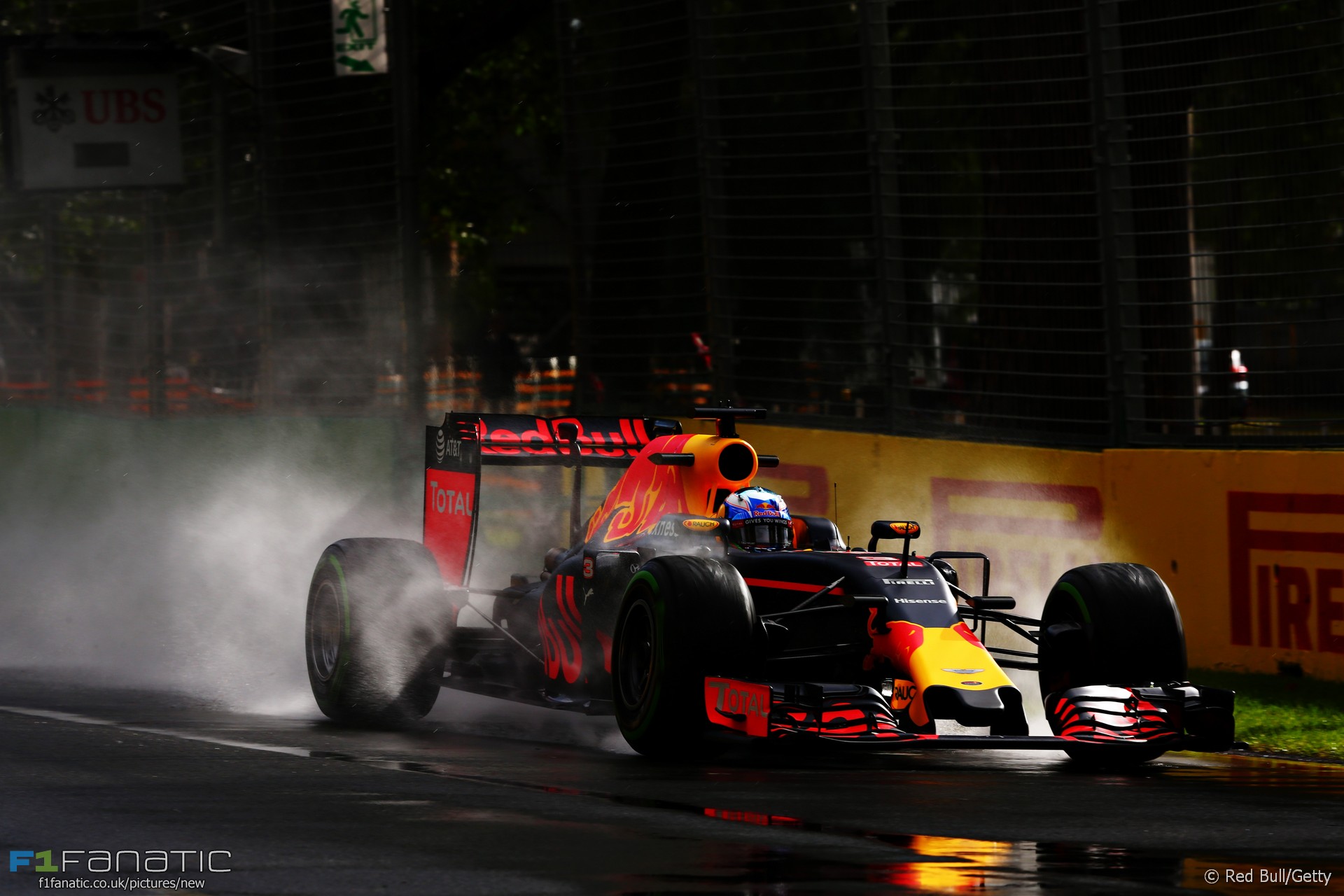 Ten of the best pictures which tell the story of the 2016 Australian Grand Prix weekend.

Red Bull might have liked to see more of the rain which fell on Friday. But even in dry conditions Daniel Ricciardo reached the eight-car Q3 shoot-out and in the race brought his RB12 home an encouraging fourth.

Felipe Massa was one of several drivers to get caught out by the slippery conditions on Friday.

To no great surprise the elimination qualifying system used for the first time on Saturday was widely panned and it is expected to be dropped before the next race. Although it left a dearth of action at the end of each phase of qualifying, the opening minutes were frantic. Nico Rosberg slipped up early in Q1, but was able to make it through with his next run.

After the low of Saturday, Sunday’s race got off to a high as the fast-starting Ferraris stunned the two Mercedes drivers.

Further back newcomer Pascal Wehrlein also made a rapid getaway in his Manor. He ran 14th throughout the opening laps.

Sebastian Vettel kept his lead after the first round of pit stops but he had Rosberg in pursuit.

A shocking crash involving Fernando Alonso and Esteban Gutierrez changed the complexion of the race – and left Alonso grateful to escape unharmed.

Max Verstappen was furious after Toro Rosso’s pit calls left him chasing his team mate. Sainz was warned he would have to let Verstappen past if he didn’t get a move on – and duly made a well-timed pass on Jolyon Pamer. Verstappen followed him by but continue to bitterly complain to his team about their tactics,

There was joy for F1’s newest team Haas on their debut. Romain Grosjean was yet to pit when the race was stopped for his team mate’s accident and was able to make his mandatory tyre change during the hiatus. That done he held off a string of rivals to give Haas a remarkable sixth place.