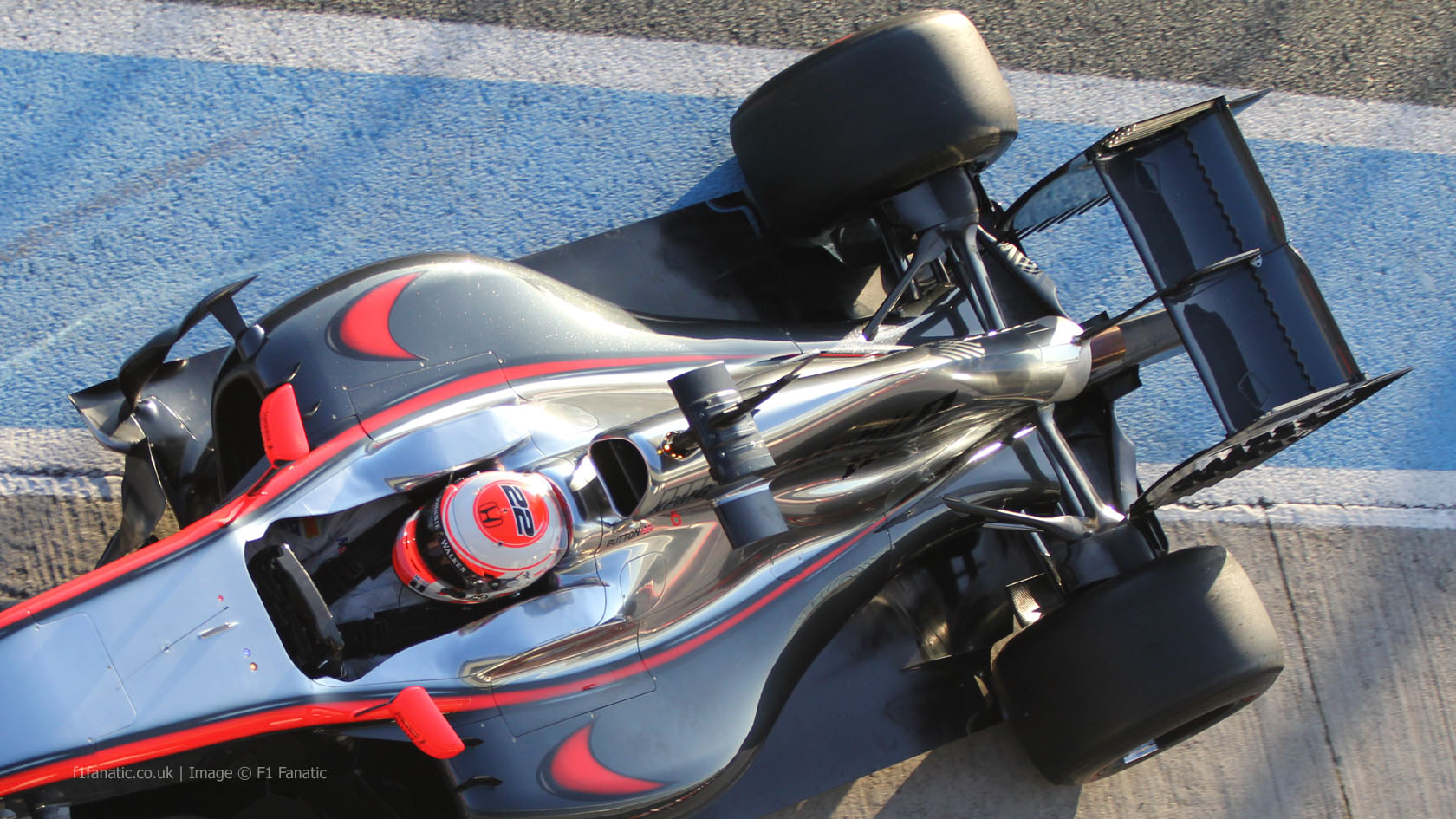 What does ‘size zero’ mean? Why do different sites give different figures for how many races each driver has started?

It’s time to answer another batch of your questions. Well, most of them.

First up, Herbert Moshesh wants to know about a buzz-phrase from the recent car launches:

What do they mean by “size zero”?

When McLaren presented their first Honda-engined car for 23 years to the world at the beginning of last season, its narrow engine cover drew admiring glances. Compact packaging at this end of the car brings significant aerodynamic advantages.

In an interview later on Ron Dennis referred to the car’s dimensions as ‘size zero’. The phrase comes from the fashion world and while there are few subjects I know less about than clothes I do know that size zero clothes and models have been at the centre of the debate over whether the fashion industry encourages unhealthily thin bodies.

As it turned out both the ‘narrow’ and ‘unhealthy’ definitions of size zero fit last year’s McLaren well: they suffered more race-ending car failures than any other team.

McLaren have kept their slender rear end for 2016 but other teams have followed the trend: Red Bull and Ferrari have particularly compact cars. Compare them all here:

When is a start not a start?

A tricky questions on F1 statistics from Phil Crozier):

What constitutes a ‘start’ in a F1 race? If a driver is entered, or qualifies or completes the parade lap or actually starts a race from the lights?

This provokes a lot of discussion among F1 statisticians and the lack of a comprehensive ‘official’ source of statistics makes it tricky to give a straight answer. For instances the official Formula One website doesn’t give a figure for how many races Pedro de la Rosa started.

It does provide a figure for Felipe Massa and it gives some insight into the difficulty of giving a straight answer to this question. According to FOM Massa has “entered” 231 races at the time of writing.

However Massa has actually been present at 232 grand prix weekends. At two of those he was not on the grid when the start was given and did not leave the pits during the race. These were the 2005 United States Grand Prix, where he was among the group of Michelin-shod drivers who pulled in at the end of the formation lap, and the 2009 Hungarian Grand Prix, where he was injured during qualifying.

I prefer to distinguish between ‘participations’ and ‘starts’ because there are many ways a driver can be involved in a race weekend without starting the grand prix. Next week, for instance, Alfonso Celis will drive for Force India in first practice but will not start the race – an example of a ‘participation’ rather than a start.

The FOM approach has the advantage of being a simple definition. But in the case of the United States Grand Prix and, as Phil points out, drivers whose cars break down on the formation lap, I feel it’s not entirely realistic.

There are other complications. For instance at Brands Hatch in 1986 Jacques Laffite equalled the then-record for most race starts by a driver, tying with Graham Hill 176. However Laffite was involved in a crash within seconds of the start, the race was red-flagged and a new race declared which Laffite did not start.

Using our stricter definition, Laffite did not start the race. But it’s a harsh line to take given he suffered career-ending injuries in the shunt.

The new restrictions on radio messages were still being tweaked during the first race weekend of the year, so no wonder Bruce Ford (@Velocityboy) is looking for some clarification:

Last year the FIA implemented a rule to reduce the instructions a driver could receive from the pit lane. Is there to be an additional decrease in pit lane instructions for 2016 and if so what is being restricted?

The FIA has actually approached this in the opposite way and given teams a list of things they can communicate to their drivers. The drivers can tell their teams whatever they like, but as we saw in Melbourne they won’t get a response if they ask for information they can’t have.

In addition to the list of approved messages confirmed in the run-up to last week’s race, the FIA also made an 11th-hour change to permit teams to discuss their strategies over the radios.

A quick request from Fritz Oosthuizen:

In my profile I would like to add Renault as a favourite team. Please add it to the selection.

This was added shortly after this email came in from Fritz just before the start of the season. You can now support all the drivers and teams on the 2016 F1 grid including Jolyon Palmer, Pascal Wehrlein, Rio Haryanto, Haas and Renault.

Here’s how you can show your support for them and everyone else on the grid on F1 Fanatic:

Finally, Jon Stevens sent in this question which, despite extensive rummaging through the F1 Fanatic library, I can’t shed any light on. If you can help, please do in the comments:

20 comments on “What is ‘size zero’? What counts as a start? More of your questions answered”