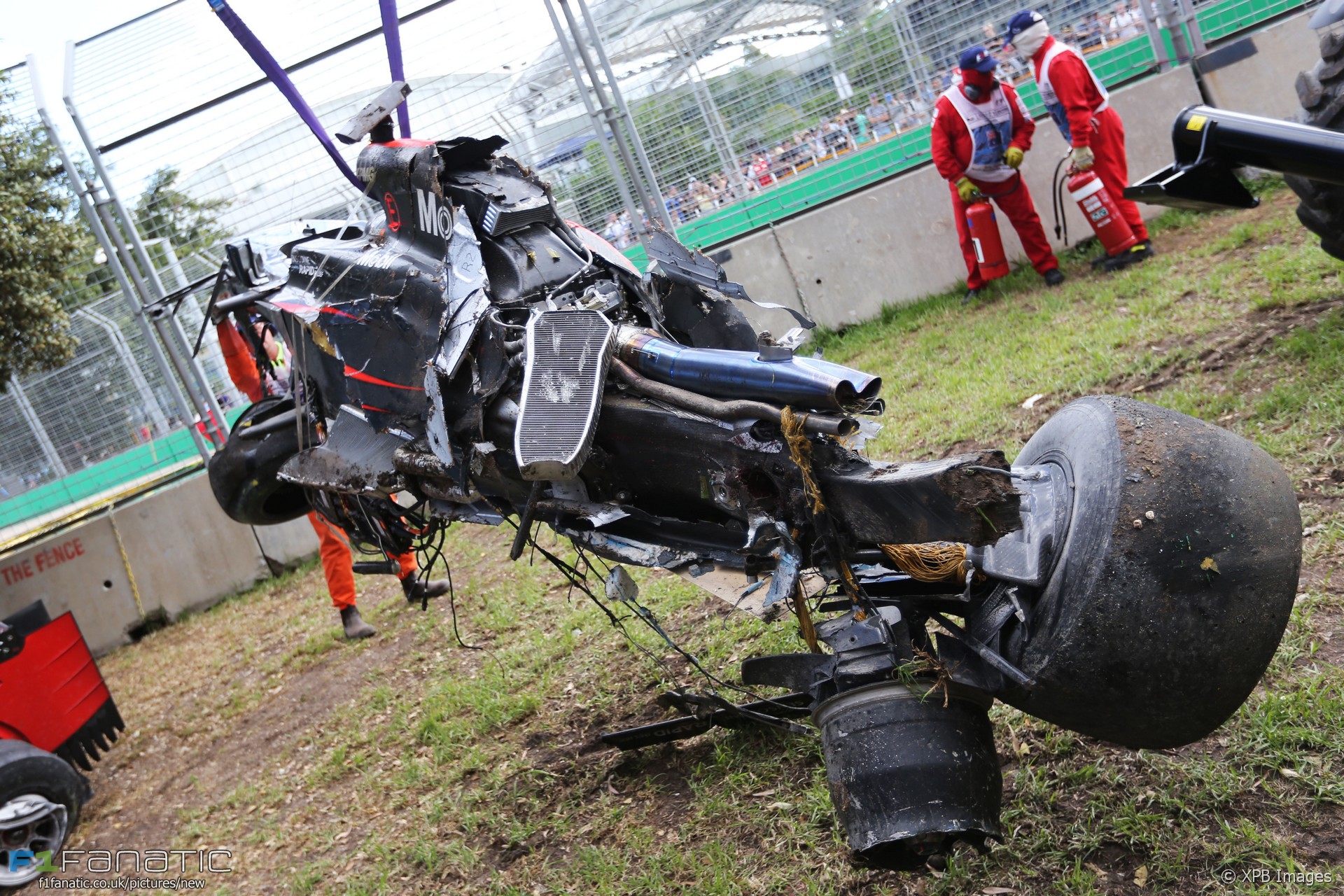 Fernando Alonso will start the second race of 2016 with a completely new Honda power unit after his original one was severely damaged in his Australian Grand Prix crash.

Honda’s F1 project head Yusuke Hasegawa confirmed the extent of the damage to the unit.

“We have recovered the power unit from Fernando’s car used in Melbourne,” said Hasegawa. “After initial investigations, we are massively disappointed that the ICE and most of the surrounding parts have been heavily damaged, as the impact from the accident was just too great.”

“We will be replacing the complete power unit in Bahrain.”

Drivers can use five power units during the course of the 2016 season but will receive penalties if they use a sixth power unit component or more.

Alonso said he was “hugely impressed” with how quickly the team has manufactured fresh parts to replace those damaged in the crash.

“We’re still pushing to bring upgrades to each race,” he said, “so providing we can get everything to the car in time we’ll be aiming to get as much track time as possible with the new chassis from the start of free practice.”

Alonso added Bahrain has been a “pretty challenging” circuit for McLaren in the past. Hasegawa said it’s “evident that we still need to increase our performance, but thankfully we were able to learn more about where we are and how to progress from the data collected in Melbourne”.