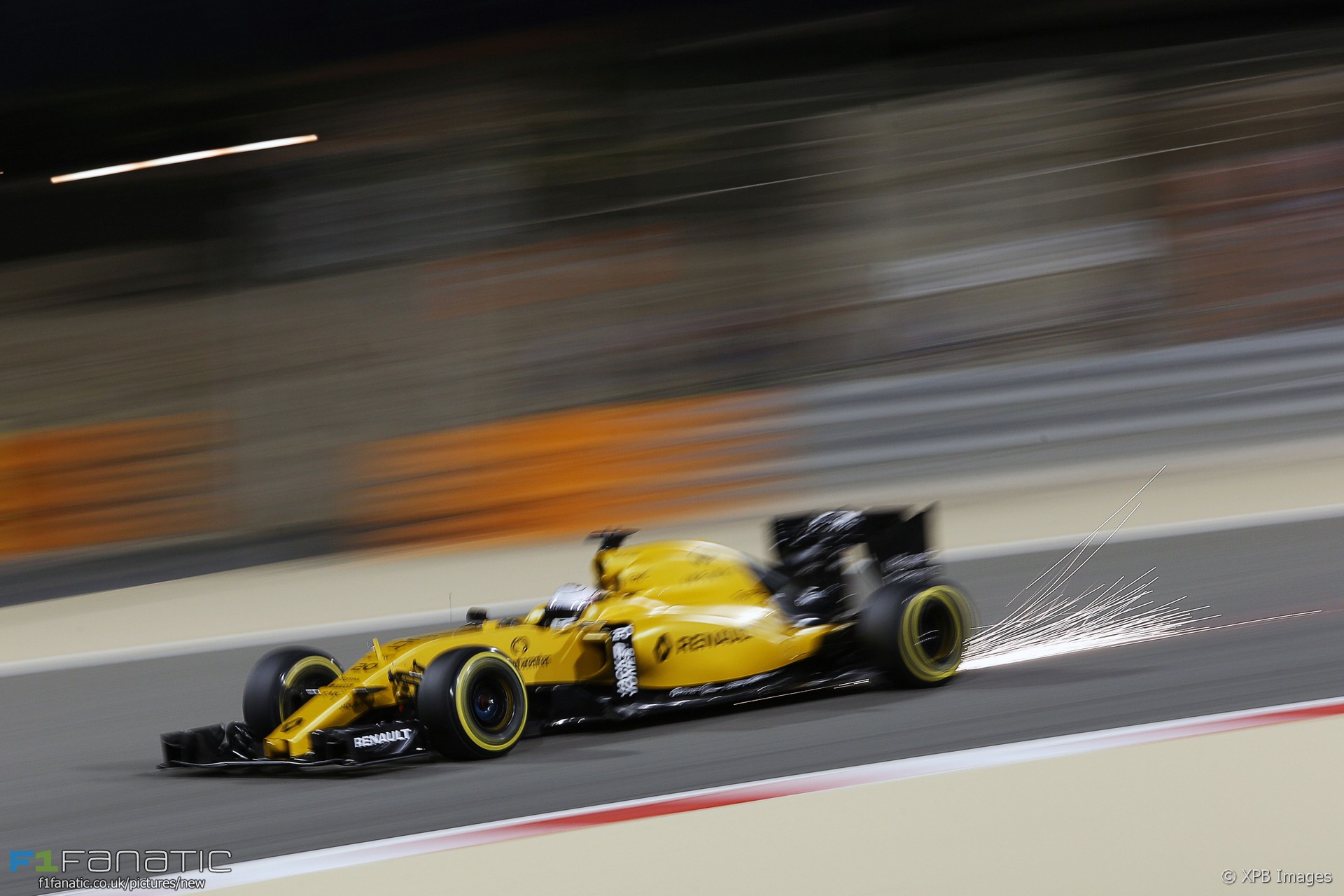 Kevin Magnussen was the biggest climber during the Bahrain Grand Prix, making up 11 places from his pit lane start to finish just outside the points.

Another driver who made big gains was Daniil Kvyat. He finished eight places higher than he started after another disappointing qualifying session.

“The race went very well considering where we started from,” he said.

“The strategy worked well and the team managed to avoid traffic on the track, when we saw an opportunity we went for it and it made the race good fun.”

However for the second grand prix in a row Lewis Hamilton made a poor start from pole position and then had more problems at the first corner. Compare his progress with all the other drivers using the charts below.

The positions of each driver on every lap. Toggle drivers using controls below:

The gaps between each driver on every lap compared to the leader’s average lap time. Very large gaps omitted. Scroll to zoom, drag to pan and right-click to reset. Toggle drivers using controls below: