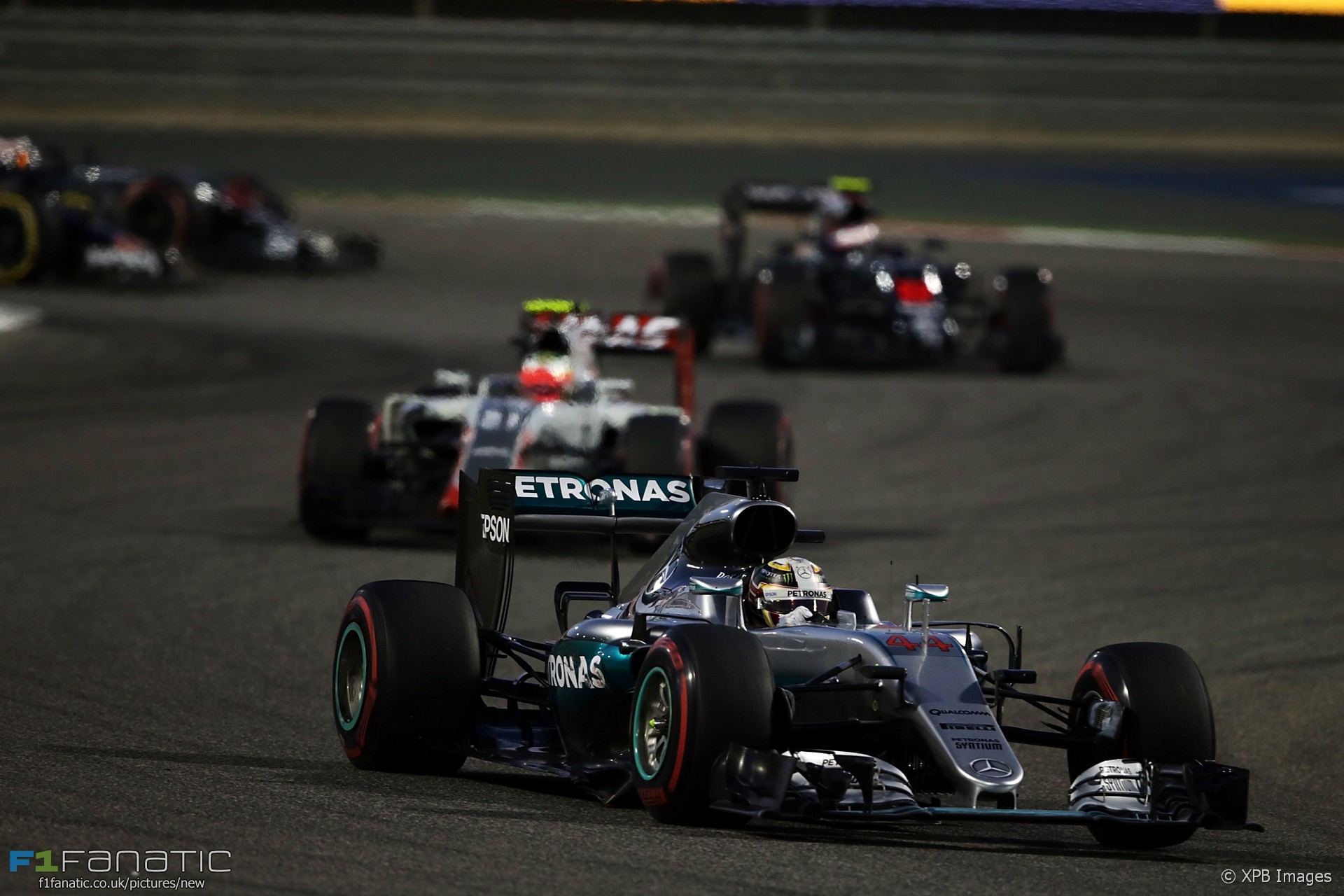 Lewis Hamilton lapped within two-tenths of a second of Nico Rosberg’s pace despite picking up floor damage in his first-lap crash with Valtteri Bottas.

Both set their fastest times of the race within two laps of each other but Rosberg was in the comfortable position of being able to manage his lead over second-placed Kimi Raikkonen.

The only Ferrari driver in the race following Sebastian Vettel’s formation lap retirement was two-thirds of a second off the pace of the W07s.

Two drivers who failed to score points appeared among the top five fastet times – Nico Hulkenberg and Felipe Nasr. Romain Grosjean, who used an attacking strategy to score fifth place for Haas, was not among the top ten fastest lappers.

All the lap times by the drivers (in seconds, very slow laps excluded). Scroll to zoom, drag to pan and toggle drivers using the control below: