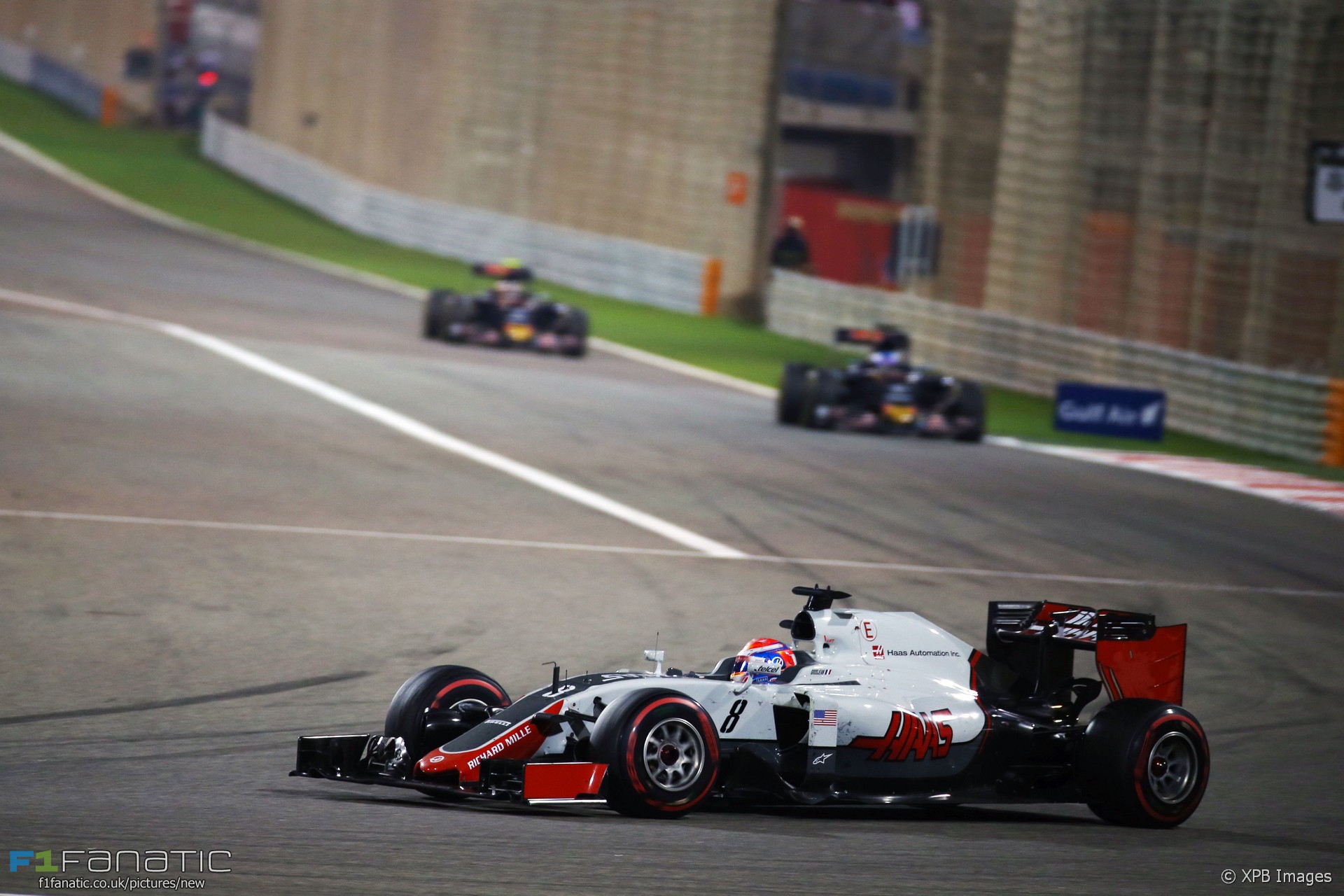 There was little to no agreement among strategists about what was the best approach for the Bahrain Grand Prix. The 17 drivers who saw the chequered flag used 14 different strategies.

While a three-stop strategy was preferred by most, the combinations of tyres chosen to get there varied hugely.

Most teams quickly sussed that the medium tyre was not the way to go. Williams committed to it early on with both cars and paid a high price. Having run second and third at the start they fell to eighth and ninth at the flag. However it bears pointing out that Valtteri Bottas had a drive-through penalty for his collision with Lewis Hamilton, and Felipe Massa was struggling with his car’s balance due to a new front wing.

Haas took the most aggressive approach, for Romain Grosjean, using three sets of super-soft tyres at the start of the race (the first two of which were new) and then softs for the final stint. This allowed him to race aggressively in traffic and take maximum advantage of the substantial performance benefit the ‘undercut’ offers in Bahrain.

It was a risky stategy for Haas as it put pressure on their pit crew to turn around three rapid stops despite not having previously done any in a race situation (Grosjean made his mandatory tyre change under red flag conditions in Australia). They never got within a secondand a half of the quickest complete time and a particularly slow last stop cost Grosjean almost six seconds.

Nonetheless he was still able to bring the car in a remarkable fifth place – a testament to another sharp strategy call by F1’s newest team.