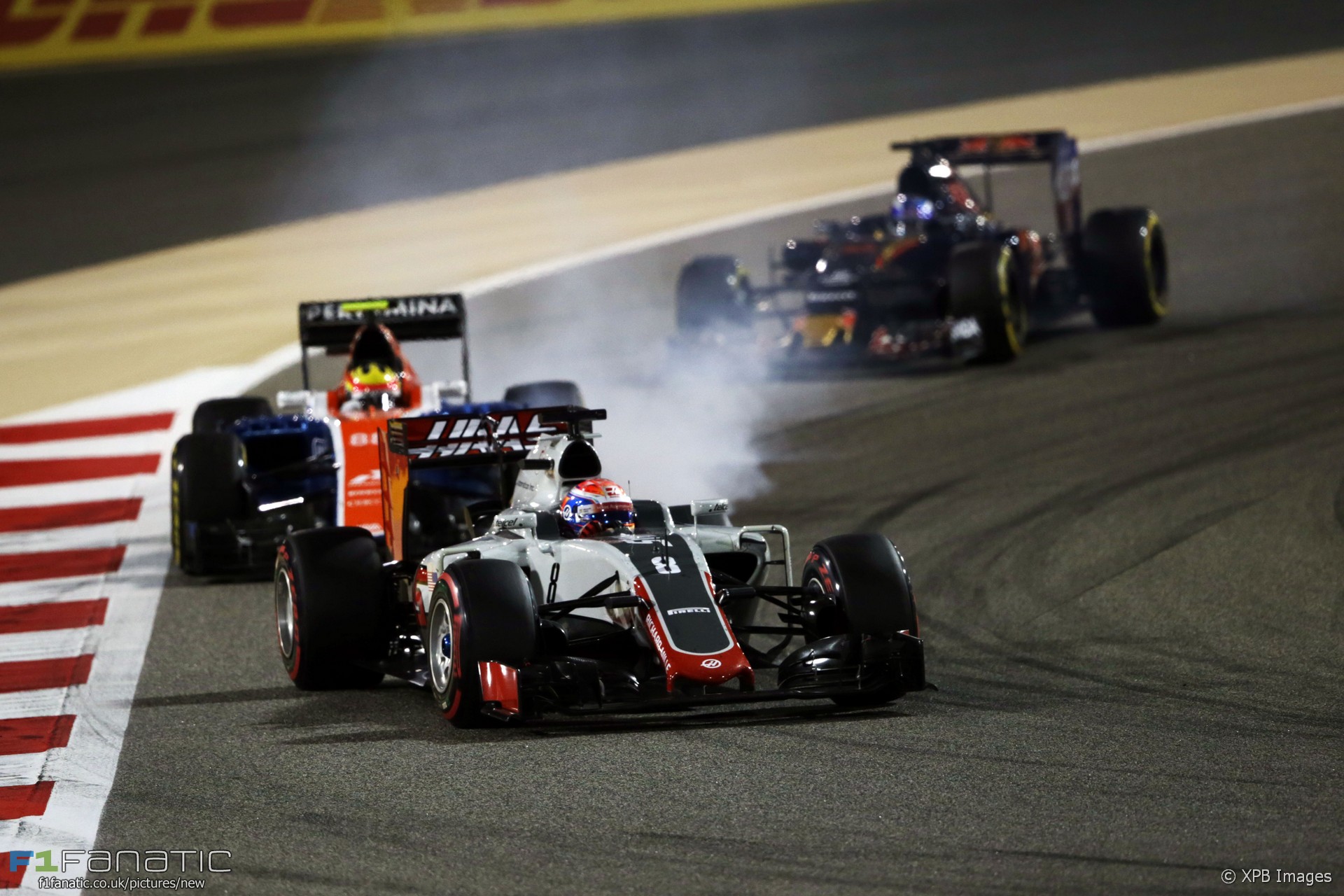 Romain Grosjean said Haas had made an “unbelievable” start to life as an F1 team after finishing fifth in the Bahrain Grand Prix.

The team had already stunned the paddock by taking sixth place on their debut in Australia. while that result came partly thanks to a mid-race red flag, in Bahrain they scored fifth in a race which stayed green throughout.

“We have had two unbelievable races but we have to keep our feet on earth,” Grosjean told Sky after the race. “There’s some more work we can do but this is crazy, this is nice.”

“It was unbelievable fighting with Williams, Red Bull, Toro Rosso and not having any issues,” he added. “Driving the car the way I wanted. Good strategy, aggressive the way I wanted with the super soft tyres, we wanted to have a lot before the race. That was the idea.”

“There are plenty of areas where we can improve but this is a dream debut.”

Grosjean said he is revelling in the team’s VF-16 chassis. “I’ve got a very big confidence in the braking which allows me to attack,” he said. “Confidence in what the car is going to do so I very much love the platform and the car and all the systems inside. It allows me to unlock the potential.”

After two races Grosjean is fifth in the drivers’ championship on 18 points – the same score as Kimi Raikkonen – and Haas lies fifth in the constructors’ standings.