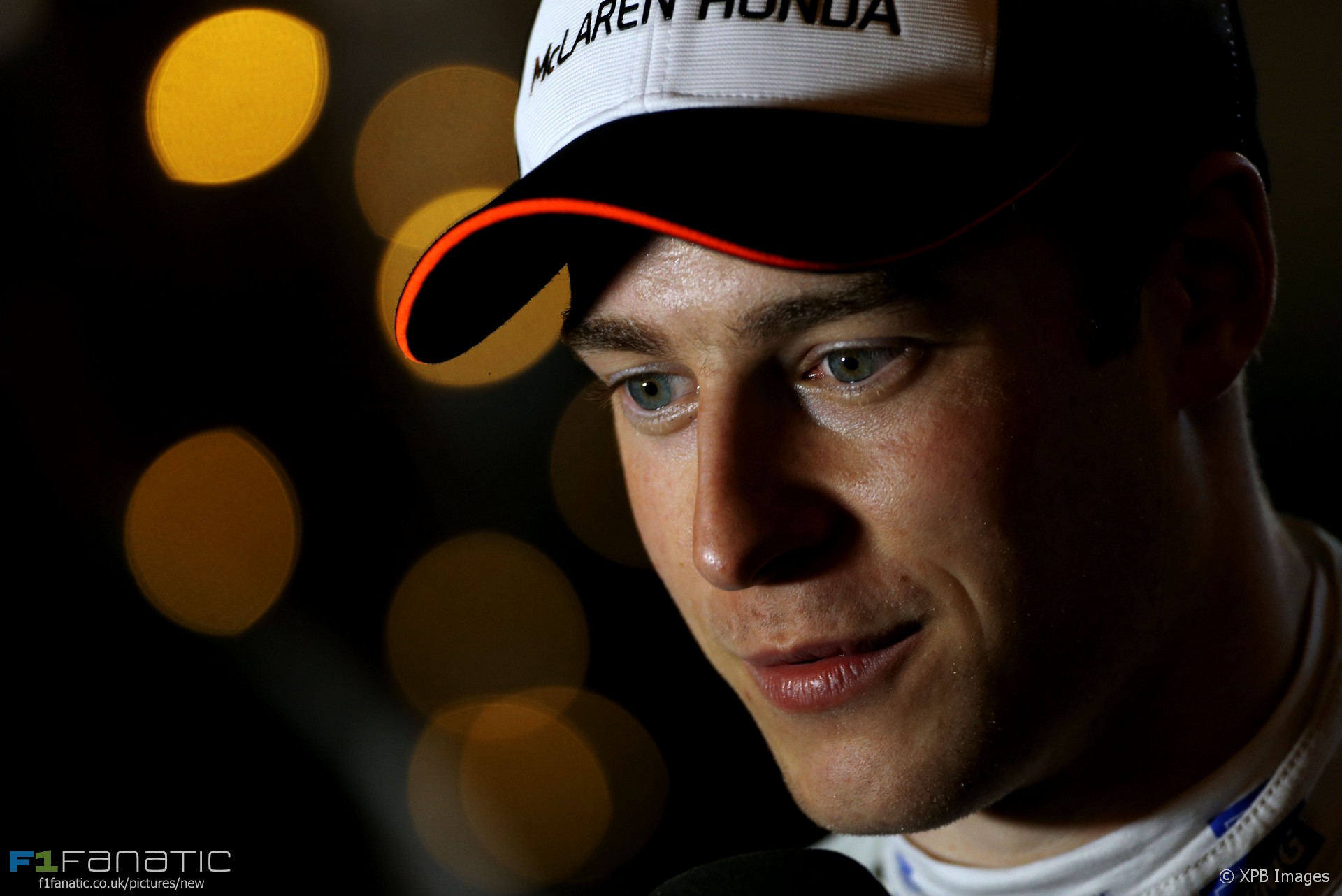 Stoffel Vandoorne played down his points-scoring debut in Formula One, saying the result was “more or less what I expected”.

“I maximised the opportunity and I’m quite satisfied,” said the McLaren driver after finishing tenth in the Bahrain Grand Prix.

Vandoorne lost a place in the confusion at the first corner and fell behind team mate Jenson Button but made his way into the top ten by the end of the race.

“The start was a little bit difficult,” he said. “There was debris left and right – it was pretty hectic in fact – and there was a lot of fighting throughout that opening lap.”

Vandoorne only got the call-up to replace Fernando Alonso on the day before practice began, but said he got up to speed quickly with McLaren’s MP4-31.

“Since the beginning of the weekend I’ve felt very confident in the car and pretty comfortable that I could do a good job,” he said. “I’m pleased that I didn’t make any mistakes operationally – I was really focusing on that side of things – and I came away with a point, which was a nice bonus.”

“This weekend was a big opportunity for me: I made the most of it, I showed what I’m capable of, and now I just need to wait and see what happens next. That’s not for me to decide – so let’s see what the future brings.”