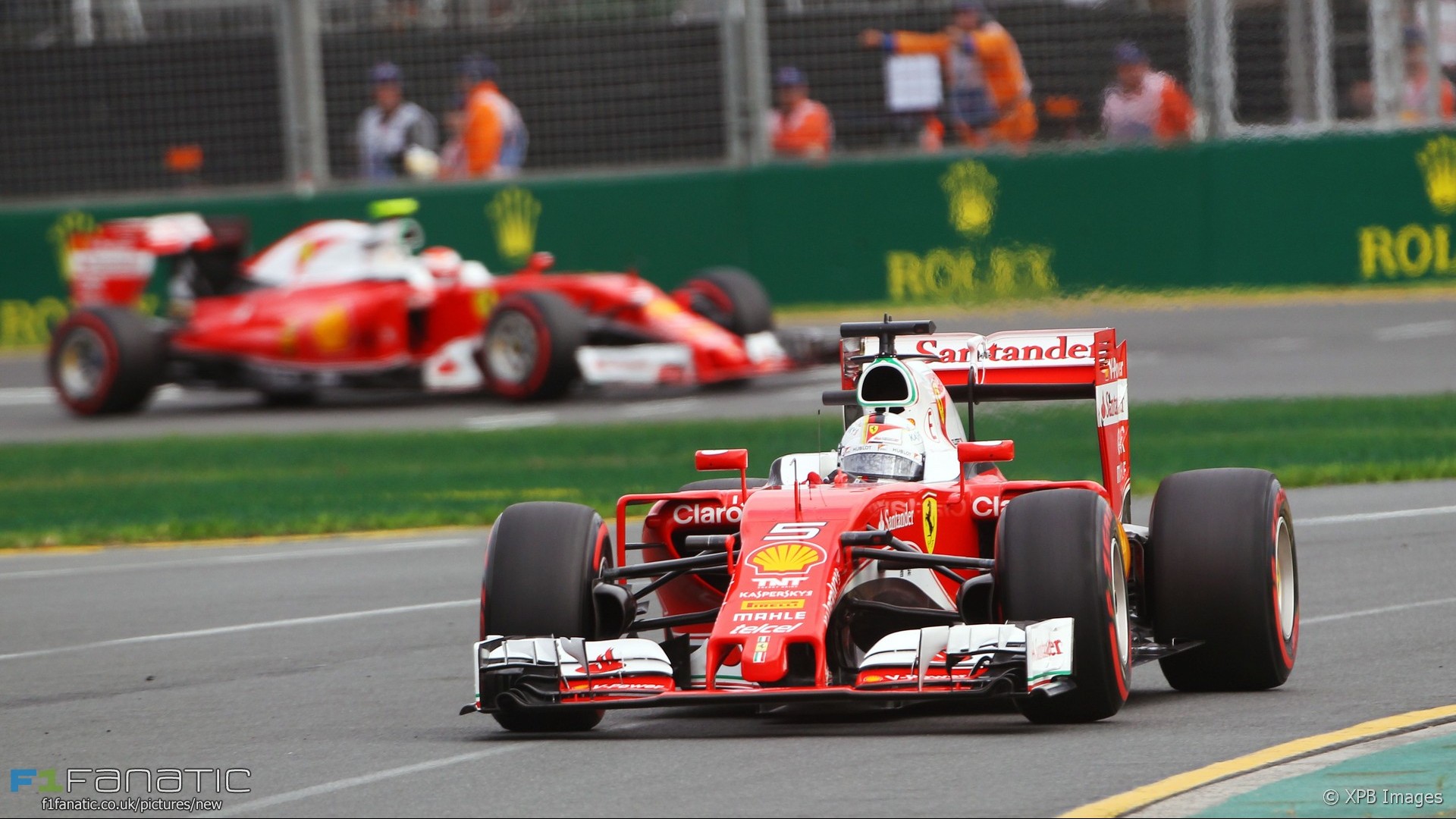 In the round-up: Ferrari are cleared of giving a forbidden instruction to Sebastian Vettel via their pit board during the Australian Grand Prix.

"It is understood the Ferrari message was one of many being investigated by the FIA, with race director Charlie Whiting having warned teams against trying to deliver coded messages via pit board ahead of the start of the season."

"Every single car has an extra set of tyres for getting into Q3, but in Bahrain only eight used that extra set so we will take home 14 unused sets that will be scrapped."

"People seem to forget what we are trying to do, which is muddle the grid up a little bit because what we have seen doesn't make for much excitement."

"It all depends where you get the electricity from and in a typical country with a regular profile of electricity generation, a Formula One car is massively more efficient than any electric car being charged from a power plant which is burning hydrocarbons."

"I was on a long run, and they stopped it for me to receive a phone call from Martin Whitmarsh. He said, “Congratulations, I thought I’d interrupt the test, because you’ll race for us next year."

A fascinating gallery of F1 race programmes stretching back decades. Spot the point in the mid-eighties when Formula One Management stepped in and standardised the layouts.

Idle thought: If Verstappen does take Kvyat's seat next year then @redbullracing will have numbers 3 and 33. #F1 pic.twitter.com/Hm14PAoMMz

More than one team boss told me in Bahrain that next weeks could see political pressure cooker in #F1 explode. Are the peasants revolting?

#F1 teams have a strong platform now through unity in numbers, however Bernie and Jean Todt are not known for backing down and retreating 👍🏼

It's good news that we will have a climax to qualifying in China, but hard not to wonder what price the teams may pay for forcing U-turn #F1

Eleven teams wrote a letter, but some teams are more equal than others.

So when Ferrari say enough of this mess, Bernie had to listen.

Our two-race-long nightmare is over.
@Scalextric

Happy birthday to Mark Bundell who is 50 today.

53 comments on “Ferrari cleared over Melbourne pit board message”