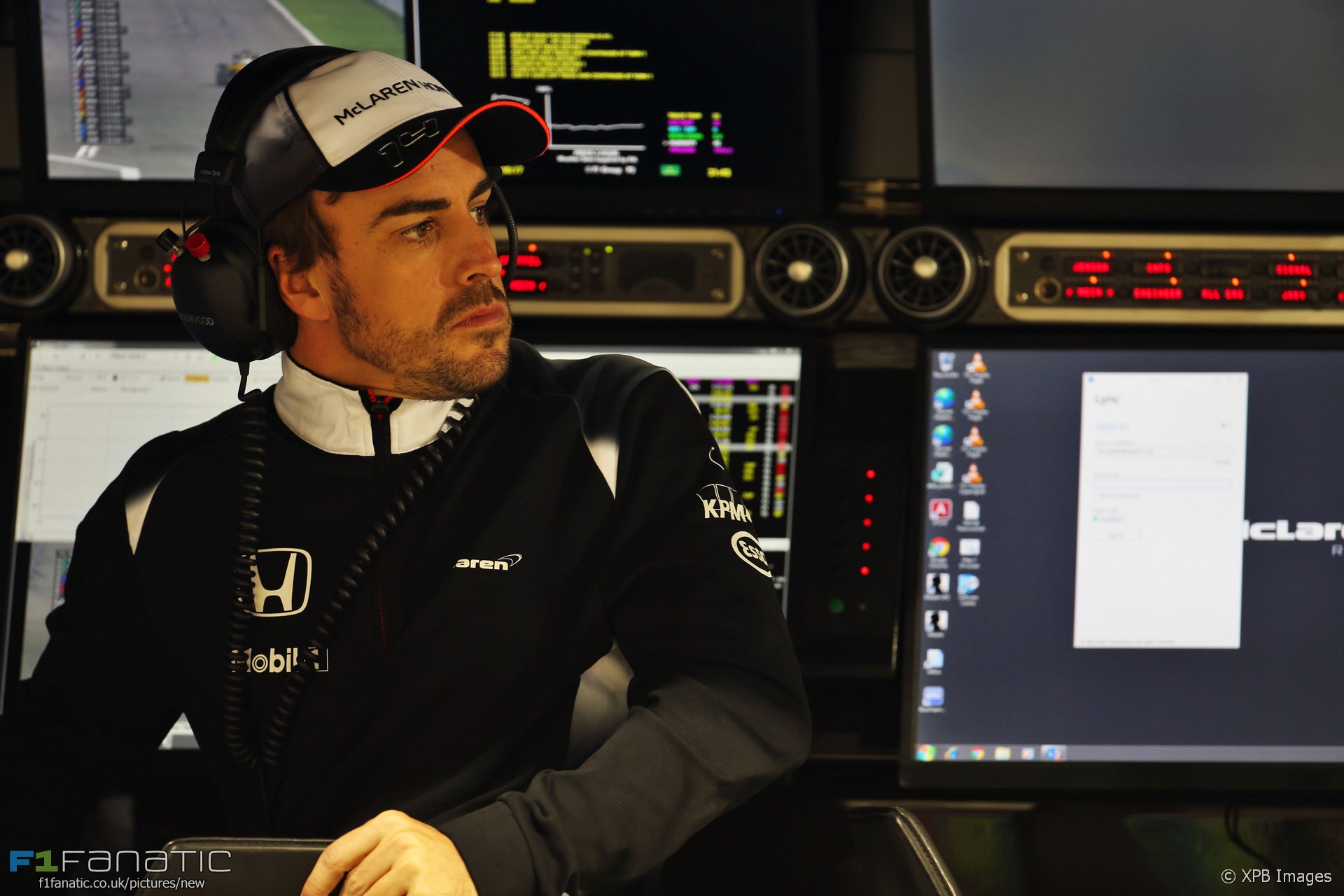 Fernando Alonso may not be able to race again in this weekend’s Chinese Grand Prix but says he is making his usual pre-race preparations.

The McLaren driver will undergo a medical evaluation on Thursday to determine whether he can participate in the weekend. He sat out the Bahrain Grand Prix after failing a pre-race medical check due to rib injuries he suffered in a crash during the first race of the season.

“While I hope I’ll be back in the cockpit on Friday, until I get the all-clear from the doctors to race – whenever that may be – we cannot assume anything,” he said. “But I’m continuing to prepare for the race weekend as normal.”

Stoffel Vandoorne will be on standby again to take over if Alonso is unable to race. He scored the team’s only point of the season so far on his debut in Bahrain.

“Stoffel did a great job in Bahrain,” said Alonso, “and although Jenson suffered reliability issues, it was positive to see that both cars ran quite strongly during the weekend.”

“It was also interesting for me to see the race weekend unfold from a different perspective, which helped me to understand everything that goes into getting the cars on track and learn a lot about the different processes, although I’d still prefer to be racing.”