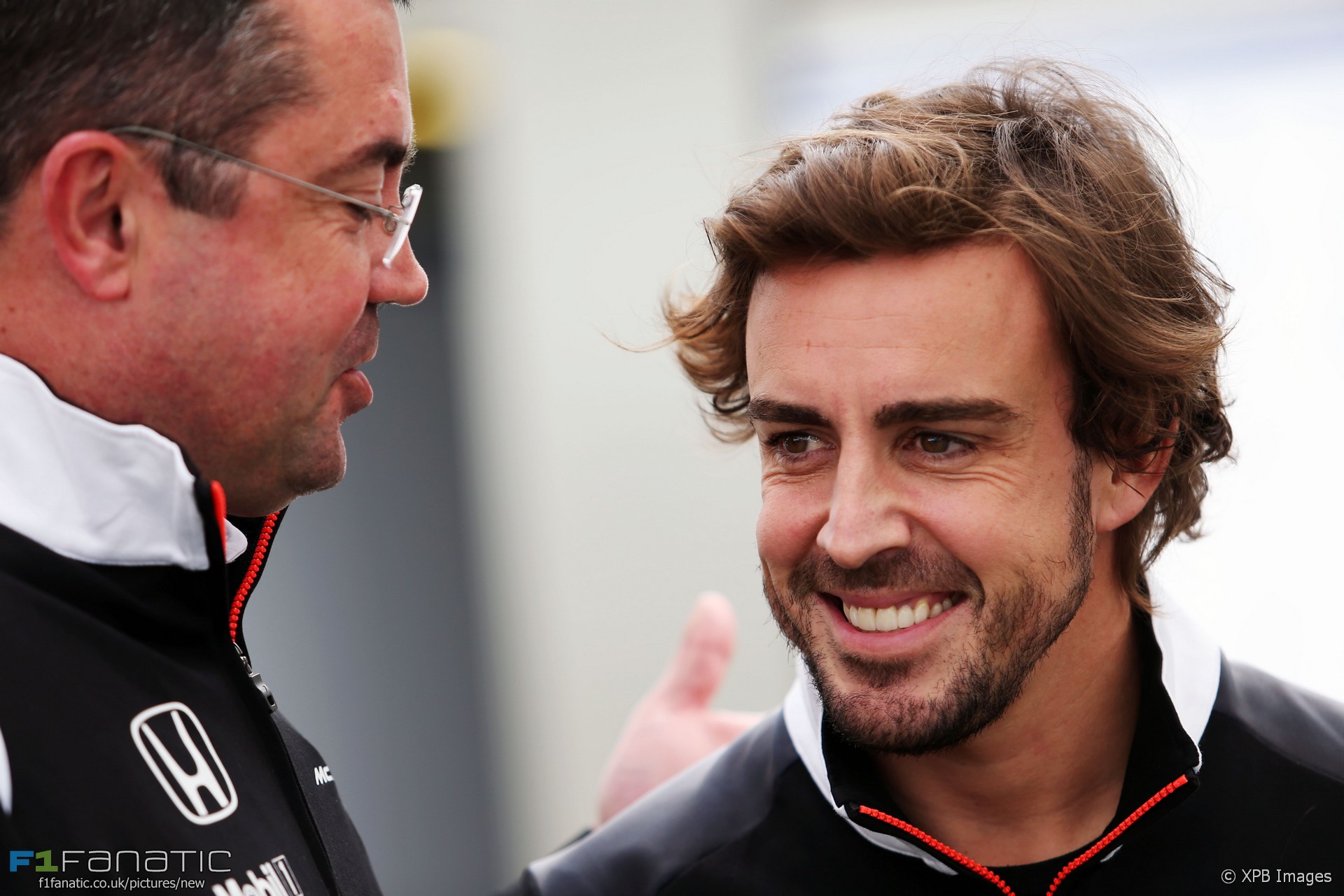 Fernando Alonso will return to action in China this weekend after being cleared to participate following a medical check.

However the McLaren driver will undergo further medical examinations after tomorrow’s first practice session to determine whether he can continue to take part in the event.

Alonso missed the Bahrain Grand Prix due to rib injuries he suffered in his crash in Australia on March 20th. He underwent medical checks in Shanghai to determine whether he could compete safely this weekend.

The stewards noted Alonso was assessed in line with the FIA’s regulations governing the “reintegration” of drivers following severe accidents and was deemed to have “not strictly” satisfied the regulations. However they agreed he should be allowed to participate in the event “given the exceptional circumstances”.

Alonso was given an exemption from complying with article 3(b) of chapter II of appendix L of the International Sporting Code, which states: “in the case of incapacity for a period of ten days or longer, this [medical] control takes place in an identical fashion during the first competition in which the driver wishes to compete, after he has obtained certification of his recovery and confirmation of his reintegration from his ASN (national sporting authority).”

Instead the stewards applied article 3(a) of the same regulations, which states: “in the case of no incapacity or incapacity of less than ten days, a medical control will take place at the next competition in which the driver concerned is due to participate; this will be carried out under the authority of the FIA medical delegate and the chief medical officer.”

Since the accident at the Australian Grand Prix, McLaren Honda Formula 1 Team driver Fernando Alonso has been undergoing the process of “Reintegration” in accordance with Chapter II of Appendix L of the International Sporting Code. McLaren Honda have applied for Alonso to participate in the 2016 Chinese Grand Prix.

As the injury to the driver was discovered some days after the Australian Grand Prix, the Reintegration does not strictly fall within the text of the Appendix. Therefore, the stewards have taken advice from the FIA medical delegate, who in consultation with the chief medical officer (CMO) of the Chinese Grand Prix and the driver’s doctors advise [sic] that he considers the driver provisionally fit to take part in the event. Given the exceptional circumstances, and having heard from the team, the stewards have decided to exempt the driver from strict compliance with Art. 3(b) of chapter II of appendix L, relying instead on Art. 3(a) which has been satisfied.

Therefore driver Fernando Alonso will be allowed to participate, subject to the provision below.

The driver has been given directions by the FIA medical delegate and CMO which he is to follow (Art. 12.1.1.i of the International Sporting Code*.) Further, in accordance with Art. 22.14 of the Formula One Sporting Regulations**, he is instructed by the FIA medical delegate and CMO to undergo a further examination immediately following FP1 to determine his further eligibility to take part in the remainder of the event.

*Article 12.1.1.i of the International Sporting Code defines “failure to follow the instructions of the relevant officials for the safe and orderly conduct of the event” as a breach of the rules.
**Article 22.14 of the Sporting Regulations states: “The race director, the clerk of the course or the FIA medical delegate can require a driver to have a medical examination at any time during an event.”