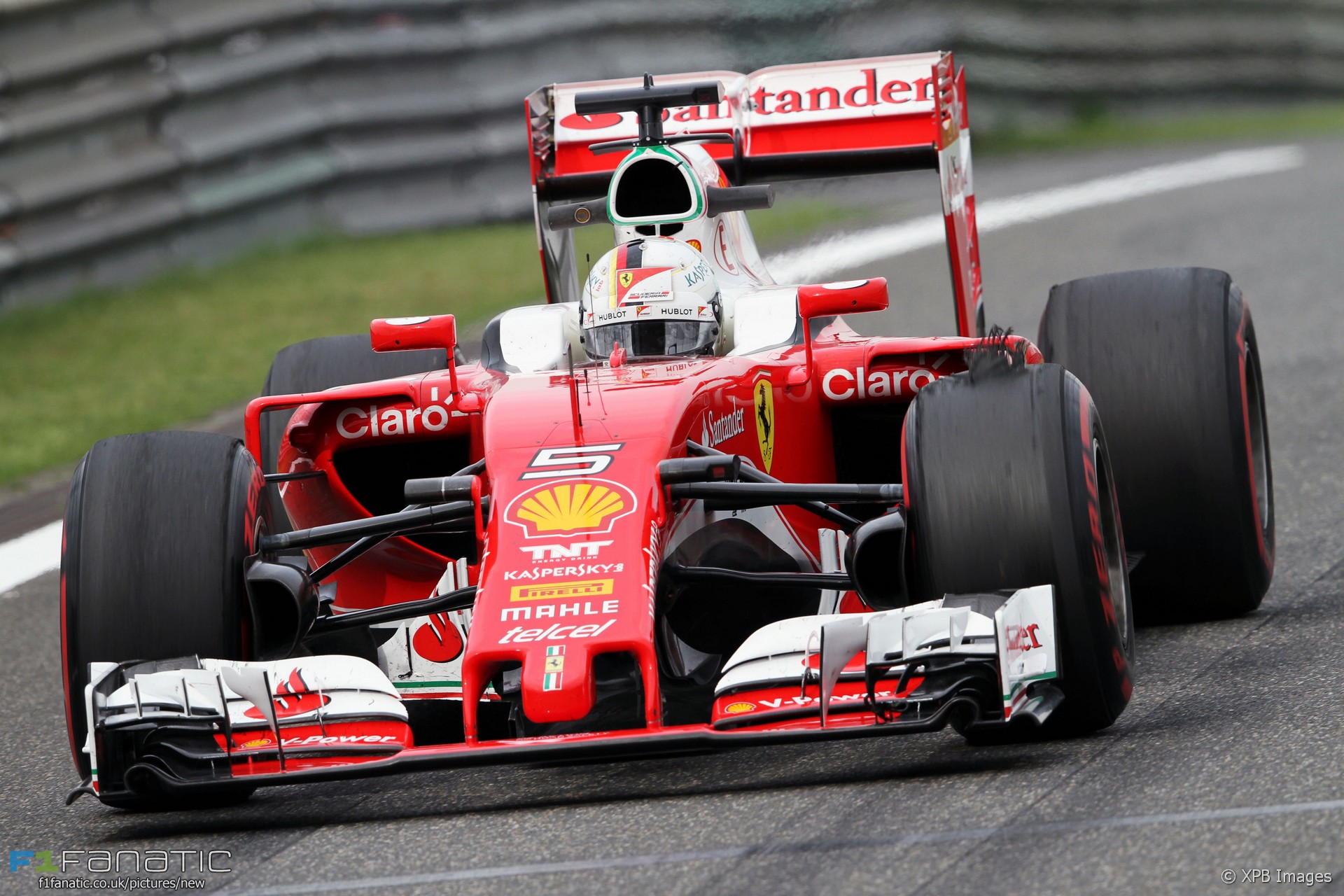 Is Ferrari really a threat to Mercedes in China? Or was Toto Wolff’s claim the red cars are “pushing us very hard” just a bit of positive PR for F1?

Red put one over silver on Friday in China. In fact they put two over: The SF16-Hs appeared at the top of the times sheets followed by the two W07s.

Of course the normal caveats apply. We don’t know what fuel loads they were using and Ferrari set their times after Mercedes in a session where the quality of the track surface was clearly improving, thus flattering their performance.

Even so, few Fridays since the beginning of 2014 have ended with both Mercedes out-paced by two rival cars from the same team after a day of dry running. They know Ferrari are coming for them.

And the long-run pace gave further signs it could be a close race. The top two teams favoured the soft and medium tyres for their longest runs: Sebastian Vettel and Lewis Hamilton used the latter, Kimi Raikkonen and Nico Rosberg the former (see their lap times in the graph below).

Ferrari did their runs at the beginning of the session and started on new tyres. Mercedes waited until the end which meant their tyres had already been used: Hamilton’s were six laps old, Rosberg’s three. Taking that into account, there’s little to choose between their long-run pace, with Mercedes slightly stronger at the end of the stint.

In ordinary circumstances the super-soft would probably not be considered worth running for anything other than the first stint once the Q3 teams have qualified on it. However there are two factors which could change this.

The first is Lewis Hamilton’s grid penalty. This gives Mercedes an incentive to consider an alternative strategy, perhaps by starting him on the soft tyre. In order to do this he would have to get through Q2 on softs instead of super-softs. As Q3 now features ten cars instead of eight, his chances of doing are better than they were at the last race. Hamilton was 1.4s quicker than tenth place in second practice.

However this is likely to be rendered irrelevant by the second factor: tomorrow’s weather forecast. Since yesterday the predictions for rain have grown more certain and point to heavier rainfall throughout the day including the qualifying session. Drivers who qualify on wet weather tyres will have a free choice of tyre to start the race on, with the added benefit of having plenty of extra sets of super-softs.

This could therefore open up the possibility of drivers using a different compound for each stint in a two-stop race: new super-softs for the opening stint followed by softs and mediums.

A wet qualifying session could also be just what Ferrari need to tip the balance in their favour. Remember how Vettel came within a few hundredths of beating Hamilton to pole in the wet qualifying sessions at Sepang for the last two years running? With Hamilton compromised, this could be a chance for him to take his fourth Shanghai pole position.

Hamilton looked out of sorts initially on Friday, spinning twice in the first session and going off in the second as well. Drivers have been complaining about the high tyre pressures mandated by Ferrari but the wind has been catching them out too.

“I didn’t feel too comfortable with the car this morning,” Hamilton admitted, ” but the team made some changes over lunch and it was much better in the second session.”

“The weather has been surprisingly warm but with a lot of wind, which made it quite difficult out there through the high-speed corners.” However the wind is expected to drop on Sunday.

However the most frustrated driver at Shanghai must have been Kevin Magnussen, who was unable to set a single lap time after a problem with his car in first practice caused a puncture.

“Kevin didn’t get a lot of running because of a rear suspension failure in FP1,” explained Renault technical director Nick Cheter. “We know the cause of the failure and will have modified components for tomorrow but of course it is disappointing for Kevin that he didn’t get more track time.”

18 comments on “Ferrari and Mercedes close on long-run pace”