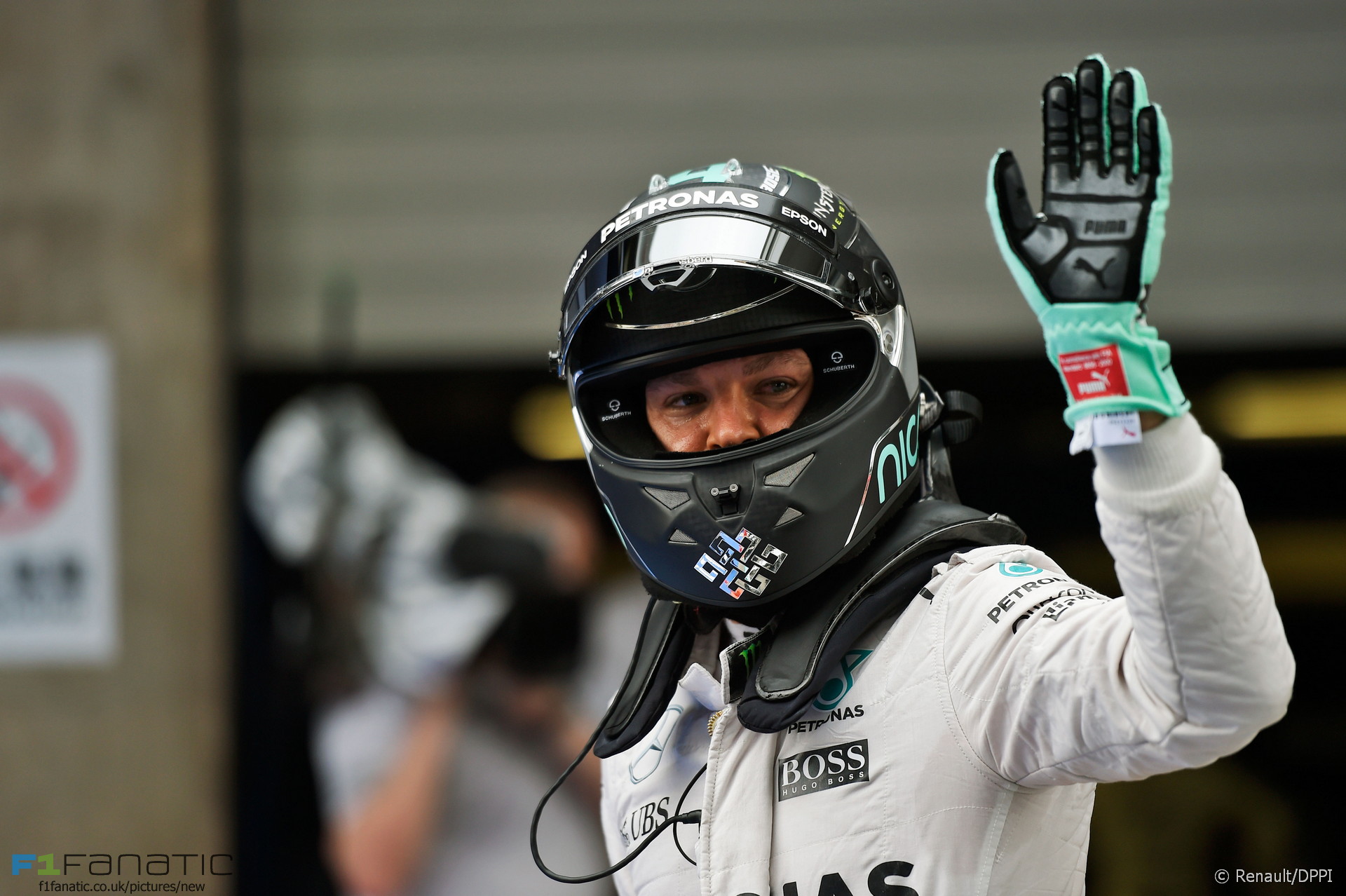 Nico Rosberg starts the Chinese Grand Prix 17 points and 21 places ahead of Lewis Hamilton. How will those gaps look at the end of the race?

It hasn’t been Hamilton’s weekend: a gearbox penalty had already scuppered his chances of starting from pole position, then a power unit failure during qualifying ensured he will start from the back.

Meanwhile the rules have contrived to boost Mercedes’ performance advantage. The Mercedes is so quick he was able to get through Q2 using the soft tyres, meaning he won’t have to start the race on the super-softs, which may only be good for half-a-dozen laps before they need to be replaced.

The only problem for Rosberg is he will be at a grip disadvantage at the start compared to his closest rivals,. The first of those, thanks to an inspired qualifying performance, is Daniel Ricciardo.

“The positive is that Nico’s on the soft and we’re obviously starting on the super soft, so the start should be interesting,” said Ricciardo. The Ferraris on row two will also fancy their chances of putting Rosberg under immediate pressure.

But however aggressive those rivals are Rosberg can afford to play the long game. He knows he will be able to delay his first pit stop which opens up the possibility of making fewer stops over the whole race. And he knows that while he’s doing that Hamilton will be straining every sinew to make gains from last place.

“I’ve been in this position before,” said Hamilton. “I came from the back of the grid to the podium in Hungary two years ago, so anything is possible.”

Ferrari’s failure to capitalise on their potential in qualifying means that instead of taking the fight to Mercedes they face potentially being caught out by Red Bull, who go into the race with a valuable track position advantage.

“Compared to last year we’ve certainly got a bit more from the power unit. We’ve seen the trend in the first couple of races and the deficit hasn’t been as big as last year on the straights but I didn’t expect to be standing here unless it was a wet qualifying.”