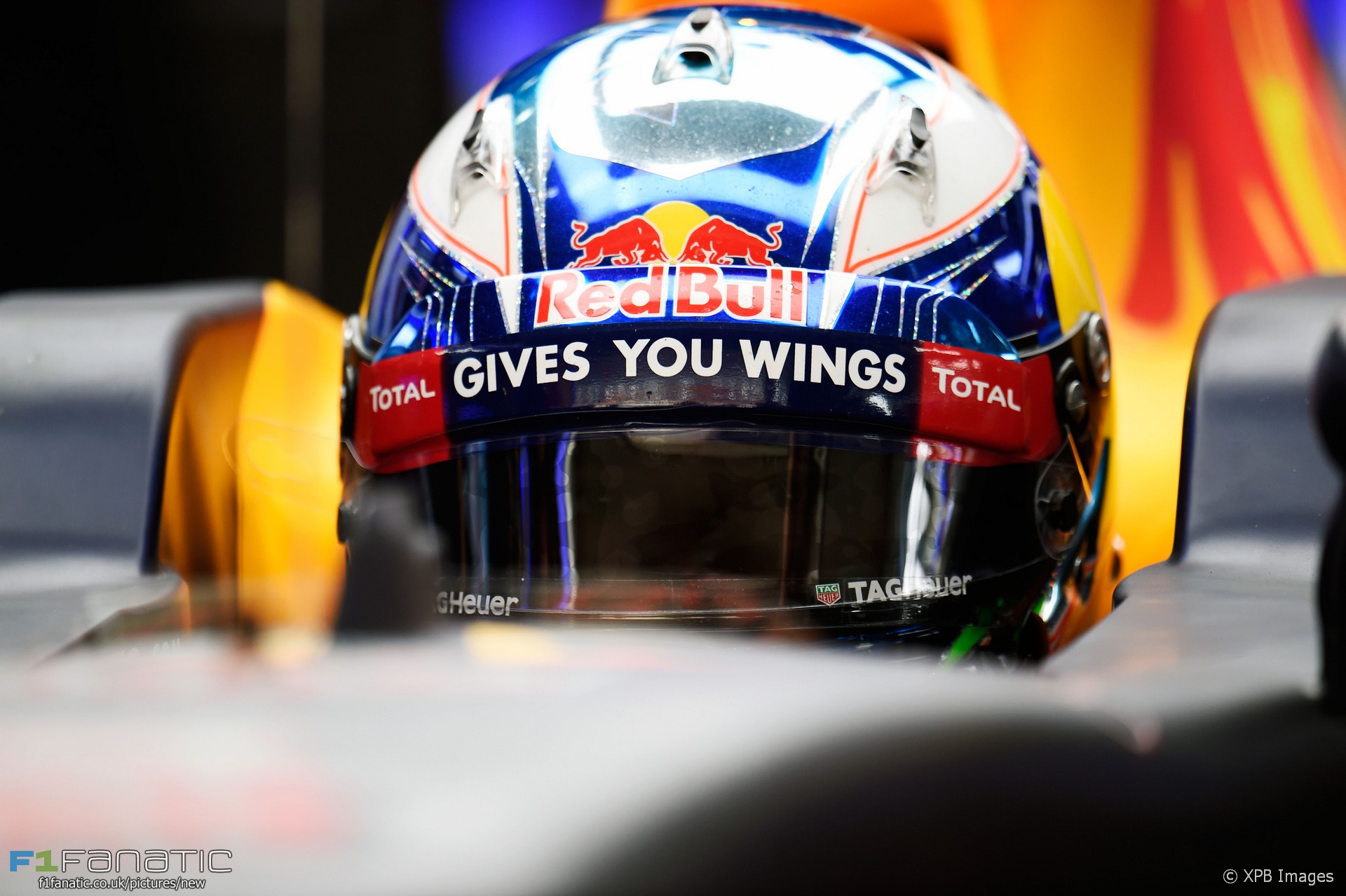 In the round-up: Daniel Ricciardo is aiming to get on terms with Ferrari and Mercedes if today’s Chinese Grand Prix qualifying session is wet.

"If it is dry, I'd be happy with the top five, if it is wet, we can try to get in front of Ferrari or Mercedes, at; least one of them, so maybe better than fifth if it is wet."

"As a member of the upper house of India’s parliament, Mr Mallya has been travelling on a diplomatic passport."

Ferrari only strong on super-soft in practice, Raikkonen says (Autosport)

"For whatever reason we've been quite struggling apart from the super-soft tyre. Our car is nice but it's just the other tyres are very difficult to get any grip from."

"The Pirelli tyre pressure limit has been ridiculous today, and everything is up to the roof and the cars are undriveable."

"I would rather not race with it. I’ve taken the risk for all these years because I realise that safety is important and the driver’s head being exposed is the biggest risk but it’s a risk I’m happy to run with because the nature of F1 should be open cockpit."

"Testing will be split into two stages, and will be undertaken initially with cars from 2012-14 running current tyre sizes but with experimental 2017 compounds and so on. This comes under the 'TPC' section of the rules, or Testing of Previous Cars."

"Rosberg is expected to bargain for improved terms after Hamilton signed a new deal worth around £30 million a year last May, with the German earning roughly half that."

"We just need to work on not having those mistakes."

"The ducts were the same as Bahrain essentially, there was a very minor change."

"The son of three-time Formula One champion Jack Brabham will serve at least six months in prison after being found guilty of the rape and indecent treatment of a young girl."

F1 photo fail for Shanghai Daily. But as it's the hero & legend @lxznr in his @CGRTeams ChampCar, I am loving it. pic.twitter.com/LhggThKH4c

Sainz is told the next car behind him is "Wehrleinen". "It's Wehrlein, not Wehrleinen", he replies. "Whatever…" @PWehrlein #F1 #ChineseGP

A full investigation has concluded that none of the deflations for Williams and Renault in #FP were tyre related. Separate technical issue.

@f1broadcasting it was moved for safety reasons due to subsidence of the land at that part of the track.

ICYMI China still officially shit shock. Good food and internet all equally inaccessible. Still lots of spitting. And now back to the studio

Is it time to get F1 cars weights down – and is dropping the MGU-H the way to do it?

It would seem that at least a simplification of these hybrid engines is on the table. A lot of the comments regarding the weight of the cars, the drivers wanting to push, a look at the fuel rules, that mandate from the FIA/FOM, all this sort of stuff, all points towards a change of power unit architecture.

If I were to hazard a guess, I’d suggest the MGU-H will be the component we see dropped. Remembering the whole point of these engines is manufacturers’ R&D for road cars, if we look across to Audi, they’re bringing out a range of cars running electric turbos which do not harvest off the exhaust gases. Instead, their turbocharger spools up directly off the batteries which have been charged via the braking system. According to them, in a road car, this is a more efficient way of doing things.

Also bearing in mind that a conventional set of sequential-twin-turbo’s is a much better cheaper, lighter way of doing essentially the same thing, I think all signs are pointing to this particular MGU being put to one side, in my opinion.
@Thef1engineer

33 comments on “Ricciardo targets Ferrari and Mercedes in wet qualifying”