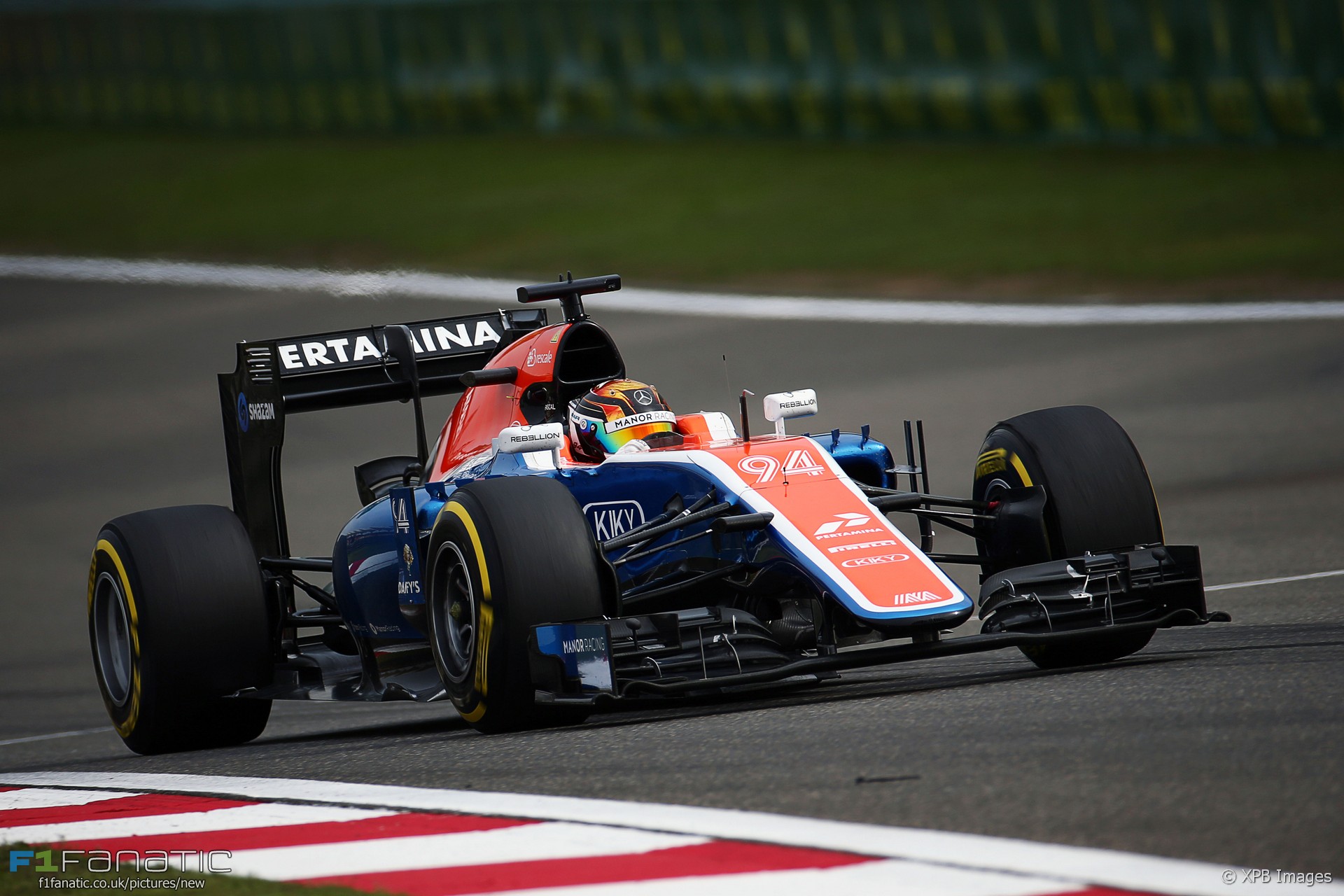 The Manor driver lost control of his car on a bump on the start/finish straight and hit the barrier with the left-rear of the car.

The rookie driver was unhurt in the crash but the session was immediately red-flagged so his car could be recovered and the track could be examined. The session was suspended for over 20 minutes while marshals dried the surrounding area of track.

The team said on Twitter “it was actually the bump on the straight where he lost the car, not the patch of water”. Wehrlein had joined the track on super-soft tyres while some other drivers were using intermediates. Manor said their “gamble on super soft was paying off” before his crash.

Wehrlein had been using DRS when he hit the wet. Other drivers, including Daniel Ricciardo, said they did not try to take the bump using DRS until later in the session when the track had dried.

Ricciardo said he didn’t use DRS initially in Q1 and Q2 “just to play it safe”.

“Then Q3 we managed to keep it open. It’s not so much the wet patch, it’s the bump, which then unloads the rear and then, on the wet it’s coincidence where the bump is and where the bridge.”

“It’s more the bump than the wet patch itself causing some issues. It was a bit edgy the first few runs and then it was OK.”