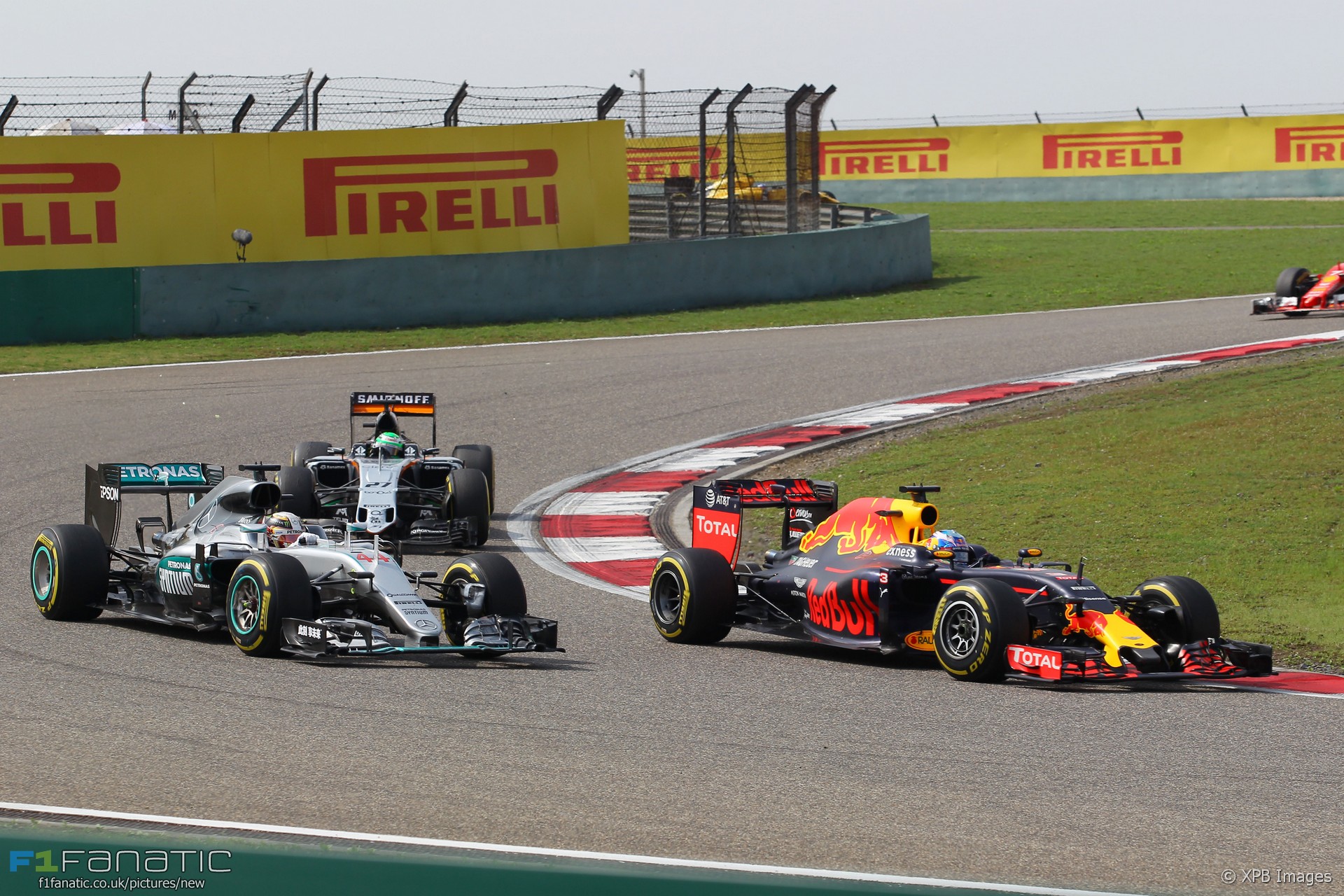 Unsurprisingly it was Lewis Hamilton who gained the most places during the Chinese Grand Prix. He finished 15 spots higher than he started, but nonetheless was disappointed not to have got further from his starting position at the rear of the field.

Nico Hulkenberg made the most progress on the first lap, taking advantage of the collisions in front of him to leap up to fifth place having started thirteenth. Team mate Sergio Perez also gained ground and was running one place ahead of the other Force India at the end of lap one.

But as with Williams in Bahrain, Force India weren’t able to deliver on their first-lap gains: Both drivers finished lower than they started, and out of the points.

The positions of each driver on every lap. Toggle drivers using controls below:

The gaps between each driver on every lap compared to the leader’s average lap time. Very large gaps omitted. Scroll to zoom, drag to pan and right-click to reset. Toggle drivers using controls below: