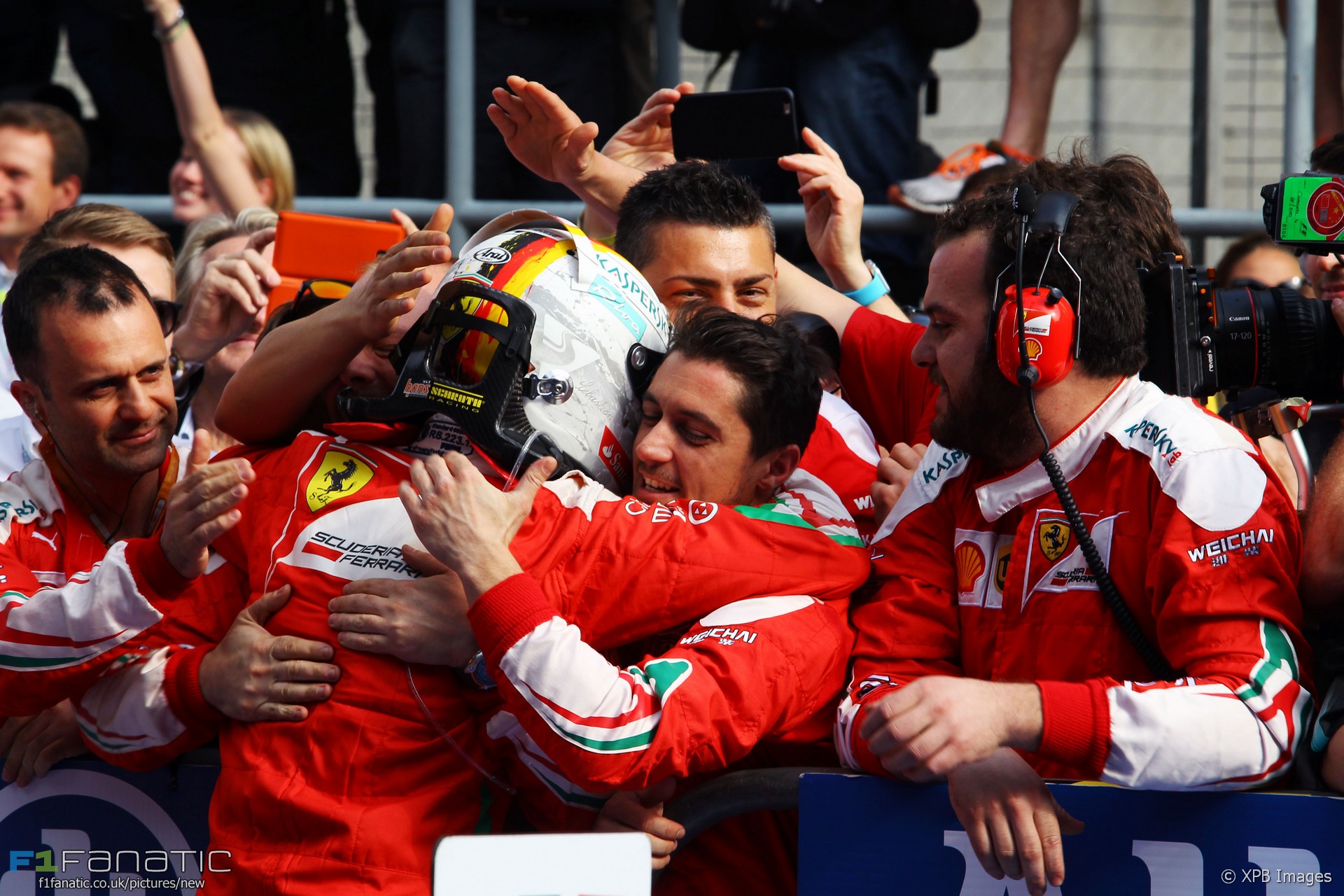 In the round-up: Sebastian Vettel says he thinks of F1 first as a sport.

Vettel: F1 should remain a sport, not a show (Crash)

"The way I consider it Formula One is a sport. I understand it's a show, as well, but for me it's a sport."

"The ERS is much better than last year but we understand the internal combustion engine still we need to catch up the other teams."

"Horner believes if no agreement is reached at the next Strategy Group and F1 Commission meetings FIA president Jean Todt and supremo Bernie Ecclestone will again push for an independent engine."

"The idea came out of a conversation with Asif Kapadia, one third of the award-winning team behind the Senna movie, along with Manish Pandey and James Gay-Rees. Scenes of Senna’s pre-F1 career didn’t make the final cut of that film for various editorial reasons and Muth realised that there was a good story to tell about this special season, which didn’t have millions of witnesses."

"Whilst the drivers both evaluated the rear wing during free practice, they decided against running it for qualifying and the race, instead reverting to the previous configuration."

Filming continues in Jordan today. 🇯🇴 Some remote locations in the desert with @therealdcf1 and the RB7. 🐫☀️ pic.twitter.com/vyLZ5HS0Qg Verstappen wonders how many more world champions he can dispose of before someone gets suspicious.
James (@spirals)

Happy birthday to Andrewf1 and Christopher!

Happy birthday to Felipe Massa who is 35 today!

It’s also 15 years to the day since 1985 championship runner-up Michele Alboreto died while testing for Audi at the Lausitzring in Germany.