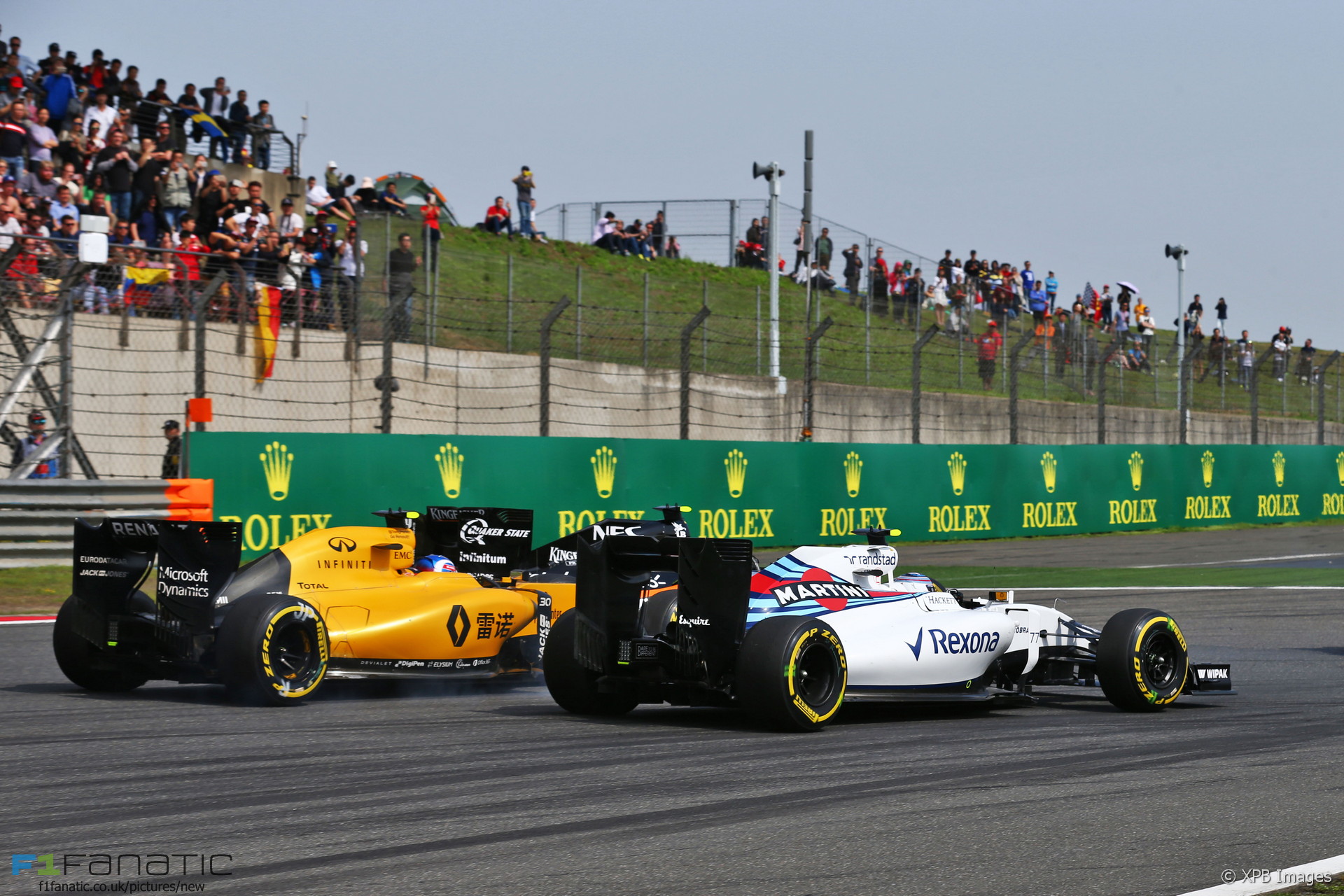 "In regards to the prospects for more overtaking in 2017, the Briton admits 'I'm sure we haven't made them better.'"

"After three grand prix weekends so far in 2016, we have seen that performance between the teams is converging to create great racing. Whether we have the reactivity as a group to recognise that and consider retaining a regulatory framework that is working well remains to be seen."

"I think the manual start is a good thing so you're getting a bit more variants in the starts. But definitely when the pack gets moved around a little, you can envisage Bernie saying “I told you so” at the next strategy meeting when you put fast cars down the field it inevitably produces good racing."

Flavio Briatore is now involved in the discussions to extend Monza's contract to hold the Italian Grand Prix.

"The turbocharger will be replaced in addition to the oil pumps, after debris was found in the oil system. With the repairs completed, this power unit will remain in the driver pool and travel to Sochi as a spare."

"We have got to make them in advance, and we can't do it after testing in February. I am sure they are going to wake up to that soon! So we are going to have some fascinating situations going forward next year."

"After protracted negotiations last year, Rosberg's team-mate Lewis Hamilton signed a three-year deal to remain at Mercedes until 2018. But Wolff said the same pressure to do a deal is not present between Rosberg and Mercedes."

"With big, chunky power increases still arriving at regular intervals from all the engine manufacturers (Mercedes began 2014 with a peak of around 870bhp and is now believed to have up to 950 on tap) the big efficiency gains are clearly being made in combustion, given that the conversion efficiency of the recovered energy through the ERS-h and ERS-k has increased only from 85% up to 95% in those two years, according to Mercedes."

"Not satisfied with liquor baron Vijay Mallya's reply to its show cause notice, the government has cancelled his passport amid indications that the Enforcement Directorate (ED) will move for his extradition if he is not deported by the UK in the next few days."

"It drove total reach in Mexico to 3.4 million and was fuelled by the return of its home Grand Prix after a 23-year hiatus."

Motorsport: Sexist formula is a blight on F1 (NZ Herald)

"Forbes magazine estimated his fortune at US$4.2 billion in 2011. He rules the global F1 paddock even if, on this occasion, he appears to be applying a blind misogyny to the world around him."

Atticus reckons Force India have under-achieved in the first three races due to their strategy choices:

In Bahrain, they messed up the elimination qualifying with Perez. But even after Hulkenberg was caught out in a racing incident and Perez drove into the back of a Toro Rosso (driver error) they were catching the field with good pace (and new front wings) before they decided to fit super-softs for an eternity at the end. They reached the cliff and there was no way back.

In Shanghai, they dropped Hulkenberg down with the penalty from his Q3 loose wheel before the German threw away his race with the penalty for his pit entry slowdown antics. Even so, Force India somehow decided to cut short their second soft stint on both cars, even after Perez got free air after being stuck behind a McLaren for a lot of laps, and elongate their last stints and the result was roughly the same as it was in Bahrain. Pace dropped off, tyres went off and they failed to score.

They indeed had minor misfortune as well, such as the red flag in Melbourne which hurt Perez very badly, but not to the extent they claim.
@Atticus-2

Happy birthday to Daniil Kvyat who is 22 today. He takes his racing number from his birth date.