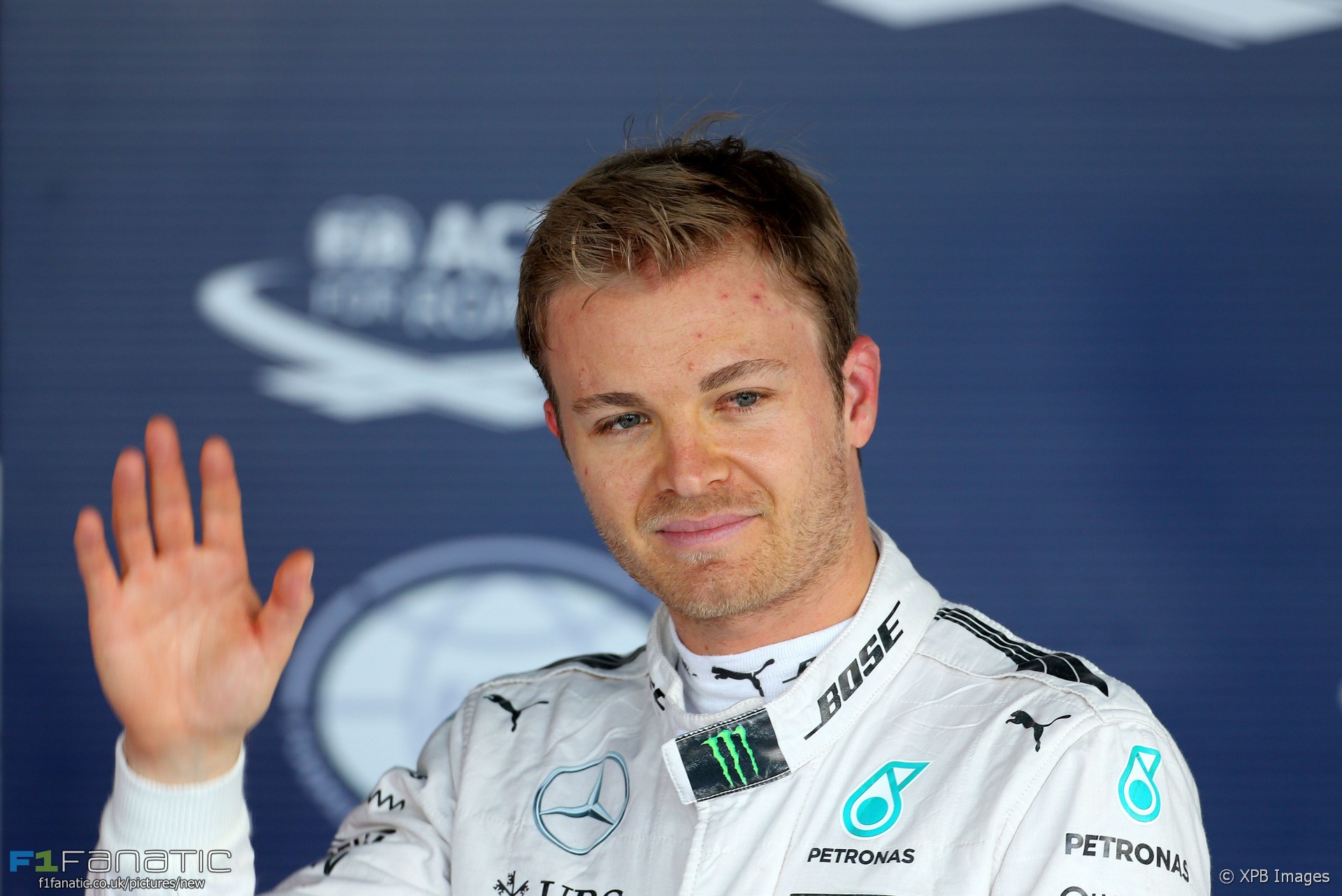 In the round-up: Nico Rosberg says Mercedes’ lead over Ferrari in Russia shows they aren’t as close as feared.

"We've been saying all this time over the last few weeks that they are very close, very close, maybe we need to stop saying that for now because this weekend is looking very, very strong from our side. We look to have opened the gap."

"Unless you’re a muppet you know the facts. You watch the last three races and see the problems Lewis has had."

"The correct solution is we should have a live feed of tyre pressures fed through the data systems, so we can see at any one point what the minimum running pressure is, which is what we are really interested in, to avoid this grey area."

"I am very curious as to what is going on so I have asked them to give me as much detail as possible because we did 800km a day in testing and the car was faultless and all of a sudden two times in a row the same thing."

"I think we have eight power units out there and seven didn’t have any problems and one had a problem twice."

"There are no massive things there, some improvements here and there, with the whole package in the car, so we take it. But it's not like it's making a big, big difference."

"I'm still involved with the WEC, I'll be at Spa next weekend."

"Wolff says that the Mercedes-powered teams - Mercedes, Williams, Force India and Manor - opposed the change on the basis that F1 should be seen to be green."

Great to see John Booth at Toro Rosso. Wonder which brave person broke the news of his arrival to Franz Tost.

Too bad we were robbed of battle for pole between Lewis & Nico. Same technical issue afflicting one driver over team mate not unusual #F1

Tough day again today but all not lost! #LewisHamilton has no luck right now, he will be on it tomorrow! #RussianGP #F1

Apparently these base beat bullies are on until 11pm. I can only imagine the stream of phone calls from drivers and trainers to reception

Just when I was hoping for some sleep before the race tomorrow 😳 #JB22 https://t.co/QRDAvyB4Ld

I get that Hamilton fans are frustrated and I fully understand why they ask Mercedes ‘What is going on?’.

However, the idea that a team, which pays its very popular driver tens of millions of dollars every year and has spent hundreds of millions to build a dominant car that has brought the same driver already two world championships, are suddenly sabotaging him for whatever reason is beyond ridiculous.
@Girts

John Surtees drove his Ferrari 312 to victory in a non-championship race around the streets of Syracuse on the island of Sicily on this day 50 years ago.

Today is also the 22nd anniversary of Ayrton Senna’s death:

10 comments on “Ferrari not as close as we thought – Rosberg”