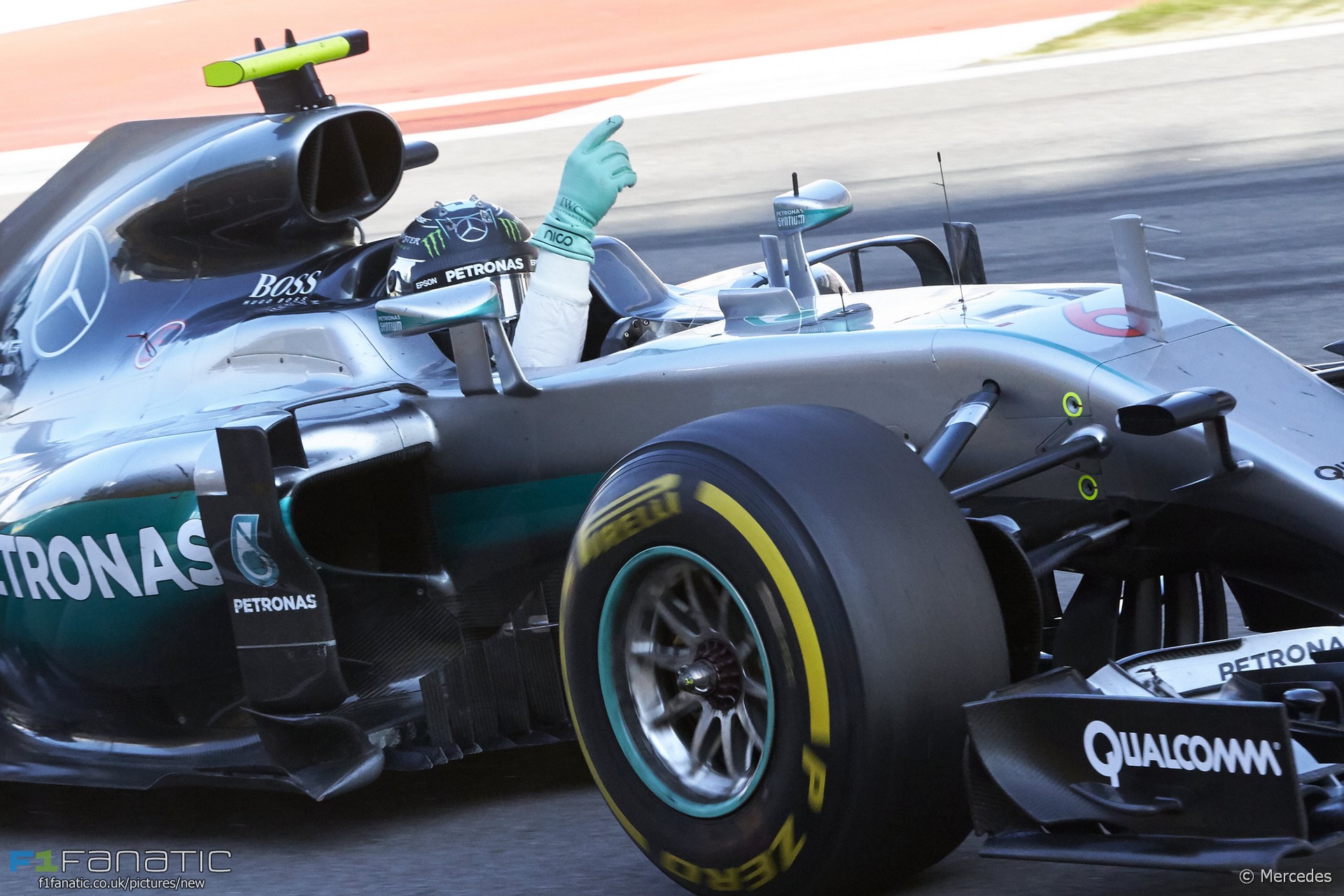 Nico Rosberg’s victory for Mercedes in the Russian Grand Prix was the tenth in a row for the team – and leaves them poised to equal the all-time record.

McLaren’s record of winning eleven consecutive world championship rounds has stood for 28 years. Mercedes have the chance to equal and overcome it in the upcoming races:

Rosberg is the man of the moment having won all of the last seven races, including all four so far this season. This is only the fourth time in F1 history the same driver has won seven races in a row. Two more wins will put Rosberg level with Vettel’s record of nine in a row.

Rosberg’s 18th victory of his career was also significant for being his first ‘grand slam’ of victory, pole position and fastest lap plus leading every lap of the race. He is the 24th driver in the history of the sport to achieve a perfect result. A surprising number of these never won the championship, although none managed more than a single grand slam:

Leading from pole-to-flag means Rosberg has now been at the front of the field for 83% of all laps raced this year – 186 to Hamilton’s one.

Rosberg’s perfect start to the season has given him a valuable head start in the drivers’ championship against Hamilton. But will it be enough to keep him ahead until the chequered flag falls in Abu Dhabi? Hamilton’s winning margins in his last two championship-winning seasons shows this battle is far from over:

Mercedes engines have enjoyed a long period of sustained success. This was the 138th race in a row they finished in the points, a streak which began at the 2008 Chinese Grand Prix.

However both still have a long way to go to equal the record held by Ford. Their Cosworth-built engines scored in 228 consecutive races between 1967 and 1983, when points were only offered to the top six.

The Renault works team were back among the points scorers, however. Kevin Magnussen took their first points since Vitaly Petrov’s tenth place in the 2011 Brazilian Grand Prix. Team mate Jolyon Palmer slipped up by finishing 13th, however – he’d been 18th in all three practice sessions and qualifying.

For the second year running Nico Hulkenberg went out on the first lap of the race. He sat out first practice while Alfonso Celis drove his car. With Sergio Perez and Esteban Gutierrez also on the track, this was the largest Mexican contingent ever seen in an official F1 session.