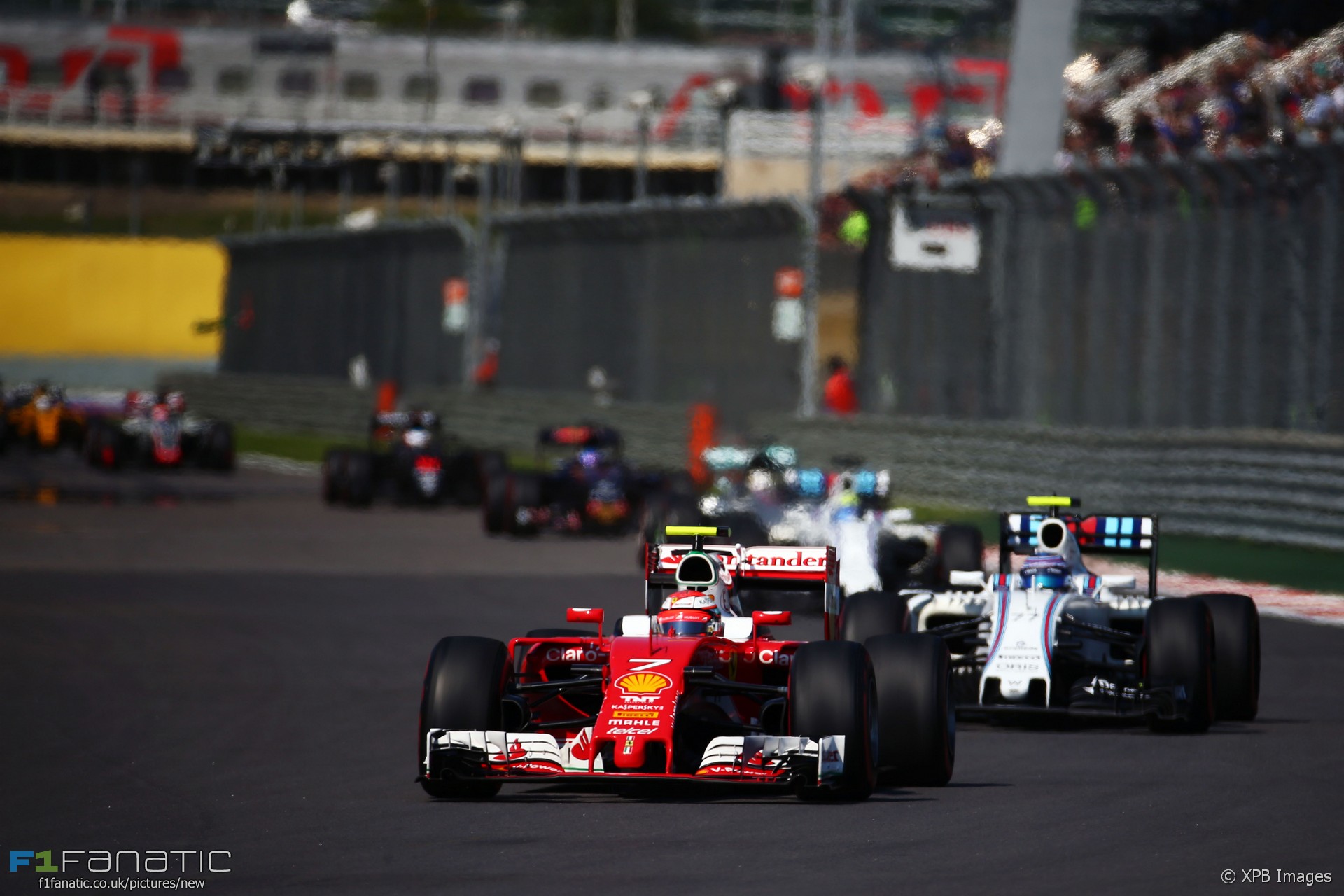 "The track is very different with a very smooth surface, and we saw that the pace of many teams was different to the races before. Williams was very strong, Red Bull weren't, and Ferrari weren't as good as expected."

"We have a significant upgrade for the next race in Spain. Monaco should suit us, so we should be more competitive in Monaco, but Barcelona I don't know."

"We are struggling a little bit now. I want to make sure we are on The Strip, so when people turn their TV on, they immediately know it is Vegas."

"I spoke to the Mercedes executive technical director Paddy Lowe after qualifying and he was not happy. He said it was hugely frustrating that Hamilton had had the same problem with his car for two races in a row. He was quite punchy."

"The reality is that Mercedes are genuinely concerned that it has happened twice – and crucially that they have still not identified the cause – which, compounded by the very specific circumstances of both failures, suggests there is the chance, however remote, that it is actually connected to the way Hamilton is driving the car."

Lewis Hamilton: F1 world champion on his past, present and future (Sky)

"I have been able to drive like I can now since I was 10 years old, it's just that now I do it on the Formula 1 scale. Now I understand my engineers, who are Oxford University students. I understand mechanical set-ups. So knowledge and confidence-wise I'm growing mentally, but driving-wise I drive the same."

"I'm not sure I can tell you the number, but it will be more than one (appearance). You will see me in testing and so on."

"It is the area that is most important at the moment, so it is great to see things progressing, and I am confident a solution will be found. All drivers are up for it."

"We had Lewis Hamilton wanting to use Snapchat and being banned by Bernie or Mercedes, whoever it was, he was put under pressure not to use it.Can you use Periscope to film at a match for example if you don’t have the rights? Social media is disrupting to traditional distributing systems."

Who are those guys? (Joe Saward)

"There was a recent rejection of a rule in respect of tyre usage in F1. This was rejected by an alliance of Ecclestone, the eight race promoters and the sponsor Rolex. Cynics suggest that this may have been done so that there will be evidence that the F1 Commission does have some power, just in case the European Commission asks to see the voting history of the body."

"Servus TV recently made headlines with its acquisition of the TV rights of motor sports series Moto GP. More than 250 employees are affected by the closedown of the Salzburg-based channel."

I'll fill in for an F1 team that doesn't have a "suitable driver" for the Barcelona test. I'll do it for free even.

Red Bull closes Servus TV. With Helmut Marko no longer on it every 5 minutes slagging Mark Webber off they must have run short of material.

Is it better to ridicule or just ignore the conspiracy theorists?

Very disappointed by Sky to give voice to the crazy conspiracy theories by Hamilton fans and present them as real issues. And this is not the first time they’ve done this. It’s outrageous.

Both times (that I’ve seen, could have been more) Wolff respects the questions and answers them when he really should just walk away. I really hope he does next time. Enough is enough.
Lowe24

35 comments on “Ferrari’s Sochi struggles down to track – Wolff”