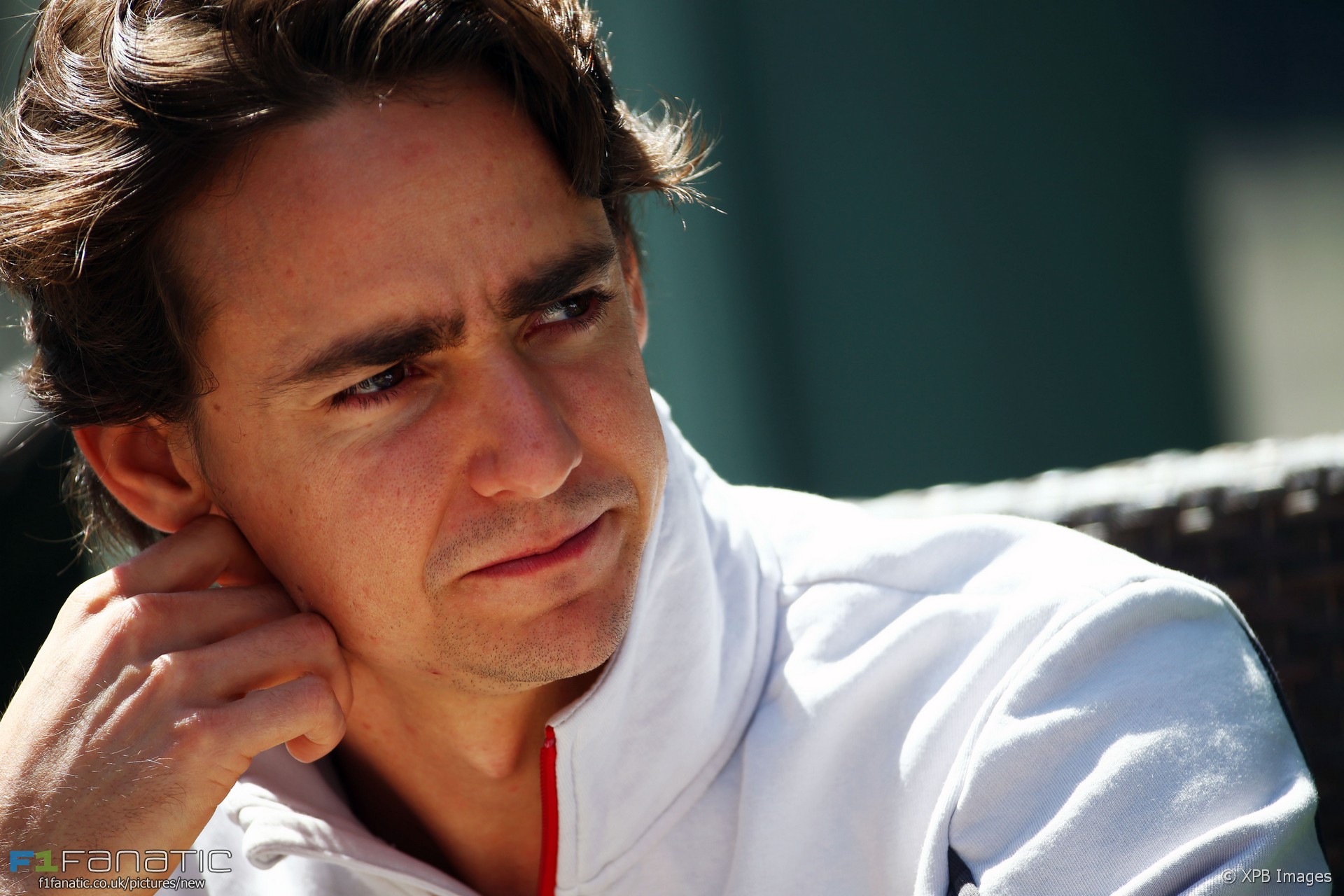 In the round-up: Esteban Gutierrez says the problems he has experienced at Haas is making it hard to appreciate how well he is driving.

"All the f---ing great job I'm doing on the inside is not really perceived by the outside."

"They put more pressure in these tyres than we had in the winter so I'm sure that's not helping. It just gives us lots of homework to do, a lot of pressure on the engineers to analyse what's going on with the car and for me to do the background work and trying to figure out what I can do to make it better."

"I know there have been some rumours...but I am very, very happy he is with us and not with someone else."

Hulkenberg: Qualifying will be true judge of upgrades (F1)

"With all our new parts we could rather easily keep the pace with the so-called front-runners."

"We had a very weak front wing that wasn't working properly,

On the subject of power (Current E)

Alejandro Agag: "Finance has become a very big part of going into Formula 1. With Formula E, it’s different. If you show talent in the junior series, particularly GP2 and others, you could come to Formula E."

"I'm sure that thanks to his determination - which will be crucial - he will come out from this very, very difficult situation... And I really hope."

Are FOM ever going to fix these amateurish virtual ads or, better yet, get rid of the wretched things? pic.twitter.com/PpiGyiRsCp #F1

LOL kyvat jinked towards the RBR pit on his inlap

Radio excerpt from Kev's side of the garage:

In today's "strange story from the internet", someone has turned Grand Prix 4 into @StarWars: https://t.co/XigNgyUDVR (yes, this is a thing)

Bit shocked at how few in the press room had bothered reading 2017 tech regs.

I wish good luck to you @Max33Verstappen , well deserve drive after only one year in F1. Good guy and fast driver!! pic.twitter.com/3GoG9w7Ik3

Does Lewis Hamilton ‘put on’ a particular kind of persona? Do any of the drivers? I appreciated this sensible view from @Mike:

I am not a Hamilton fan really, but I don’t think it’s put on at all. He is just a very complex, sometimes conflicted individual who is very intelligent but sometimes gets undone rationally by emotion.

No one ever does or says things for no reason, for everything he does that makes me cringe, there is another side to that story that none of us – but especially people who don’t know him – don’t get to see. The entirety of what we see is what comes through the media, which, as good as it can be, can never really convey the people we are watching as they really are.

This is why I love when drivers go live on Facebook or why watching the press conferences are so interesting. Because sometimes we do actually get to see the real person. And when you do that, it is impossible not to like them all at least a little bit.
@Mike

Fernando Alonso became the first Spanish driver to win his home race on this day ten years ago.