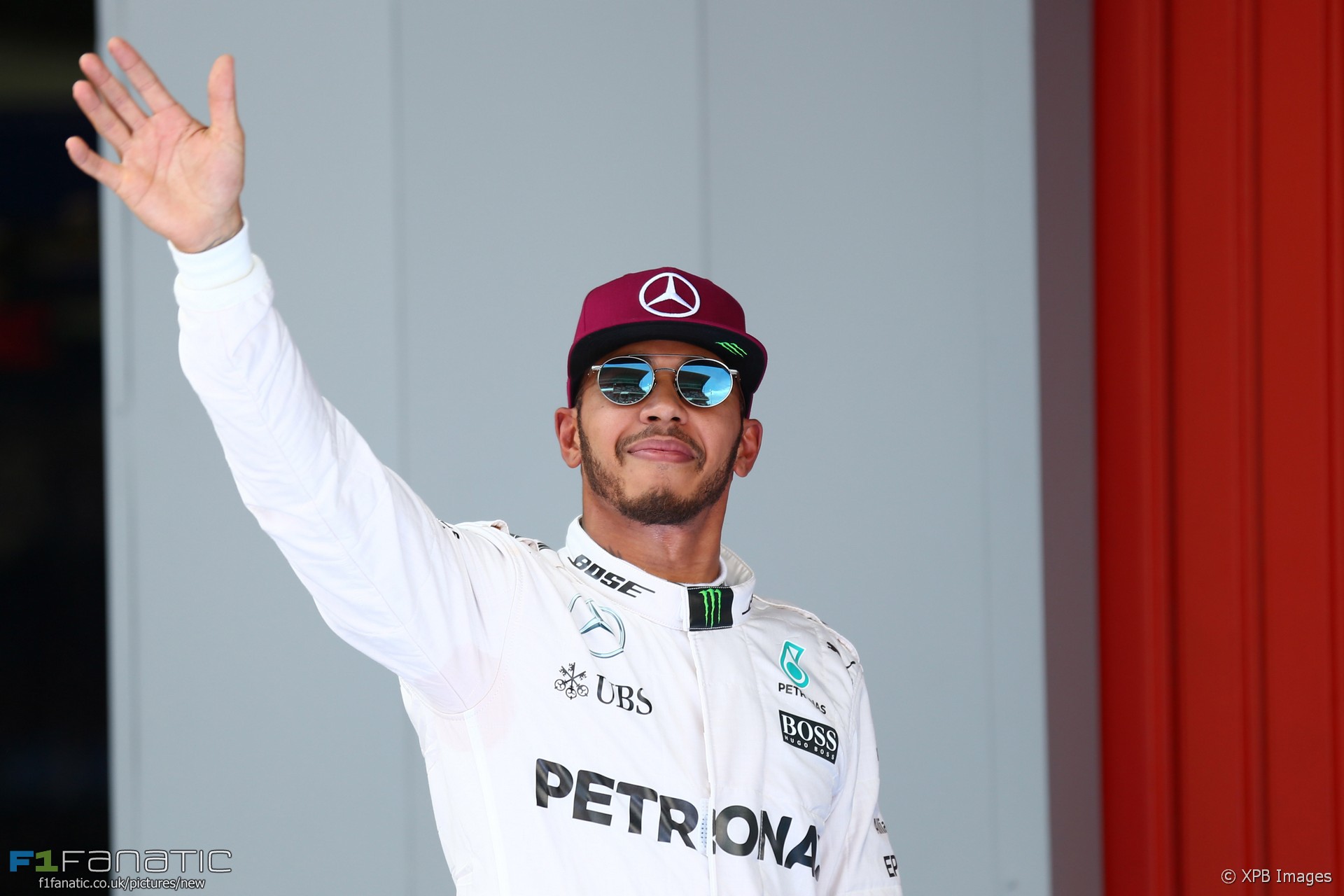 Lewis Hamilton said he’s pleased to have taken “three out of three” pole positions so far this year following his recent problems in qualifying.

The world champion took pole position for the first two races of the year but was unable to run in Q3 in China and Russia due to power unit problems. He hit back at the Circuit de Catalunya today with his third pole of the season.

“I’m very happy with getting the lap,” said Hamilton after qualifying. “Obviously Nico’s been very strong all weekend so it was crucial that bit by bit, one step at a time, I’ve really been trying to bring the pace together.”

“But firstly I really want to say a big thank you to the team, all the guys back at the factory, for working so hard over the last two weeks to really try to rectify the issues that we’ve had.”

“This is three out of three for me so I’m pretty happy,” Hamilton continued. “Obviously I didn’t get to compete in the last two qualifying sessions so very, very happy with it, very grateful as well.”

“The car was great, yesterday was a bit of a difficult day so to be able to start on the right foot today is a real blessing.”

Hamilton has been concentrating on improving his starts which have been a weakness for him this season.

“Hopefully everything comes together,” he said. “I’ve been working on the starts obviously past races and I know we’re in the best position to start from so try and get off on the right foot and tomorrow could be the day.”

10 comments on “Pole is “three out of three” for Hamilton”