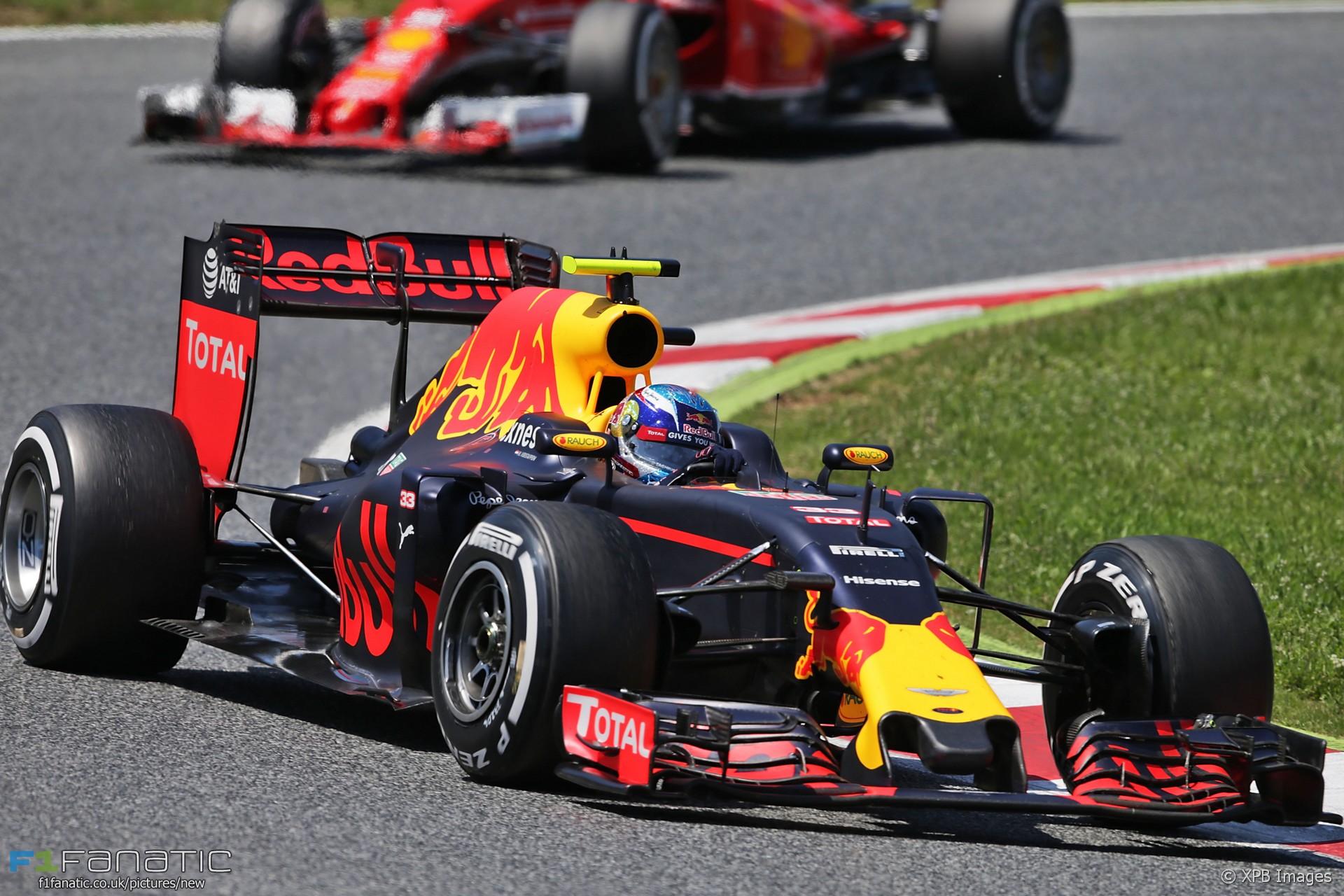 Max Verstappen grabbed a place in the record books by becoming the youngest driver ever to win an F1 race on his debut as a Red Bull driver in the Spanish Grand Prix.

A first-lap collision between the two Mercedes drivers paved the way for Verstappen to take his shock victory.

Nico Rosberg took the lead from Lewis Hamilton at the start, but the pair collided at turn four when Hamilton tried to reclaim the position. The incident is under investigation by the stewards.

Verstappen pitted twice on his way to victory, as did Kimi Raikkonen who followed him home. Staying out of the pits promoted them ahead of early leader Daniel Ricciardo and Sebastian Vettel. Ricciardo came home fourth after a late puncture.

Carlos Sainz Jnr ran third ahead of the Ferraris early on but was passed by both. He took sixth place in his home race behind the Williams of Valtteri Bottas. Fellow Spaniard Fernando Alonso retired after losing power in his McLaren.

The remaining points finishers were led by seventh-placed Sergio Perez, whose team mate Nico Hulkenberg retired with a fire on his car. Felipe Massa recovered to eighth after being knocked out in Q1.

Jenson Button earned more points for McLaren in ninth while Daniil Kvyat secured the final point on his first weekend back at Toro Rosso.