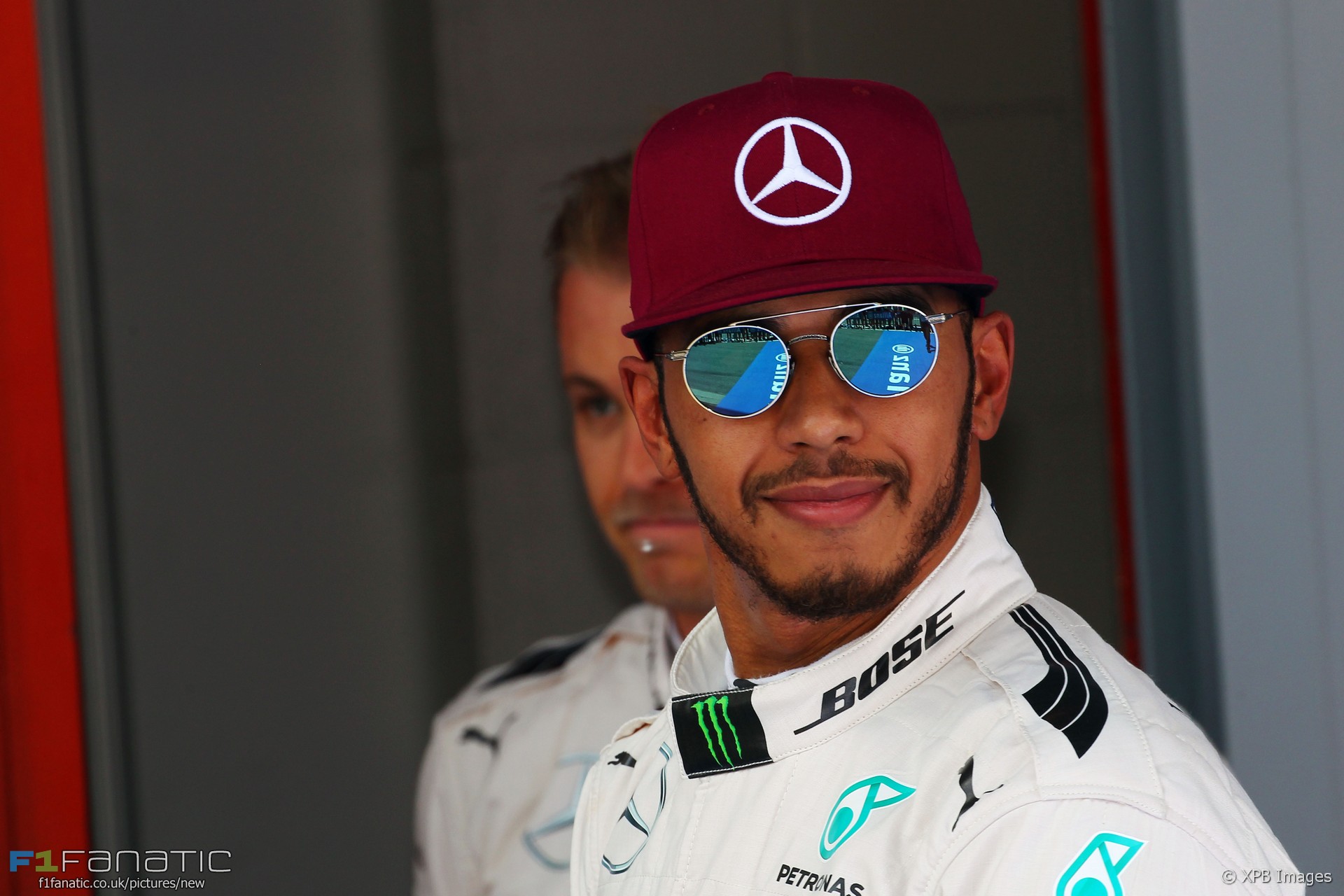 In the round-up: Lewis Hamilton rejects rumours he could take a year off from F1 in 2017.

"A year out? No way! Yeah, the guy whoever wrote that was smoking something. Probably good stuff."

"We are in front of many of our competitors, which is probably a surprise for many people but not for us. (We are ahead of) Williams, Force India, Ferrari in terms of chassis side."

"You should be able to do it, to get through in one hit. Normally you can."

"The glass is half full because the pace is there and the car is there but Toro Rosso and I deserve some time together to learn."

"This is really the first track of the year that we've probably, all of us, put on the majority of downforce that we currently have on the car and it's shown our strengths are coming back."

"It is my first qualifying for Red Bull Racing so it is in no way about ‘the perfect lap’! I am just happy with the progress I am making."

"I want to be somewhere that I can be competitive. If that’s here, great."

"Being so many points ahead of Lewis is very, very good for Nico but at the end of the day Lewis is the challenger, he has no more pressure, he can just push and attack."

Carlos Sainz Jnr was an unsung hero of qualifying:

Sainz just behind of the Ferraris says a lot about that chassis, with an old engine versus a whole Ferrari package at it’s best. Great stuff by Carlos and his team.

Grand prix winner Elio de Angelis was killed in a testing crash at Paul Ricard on this day 30 years ago.