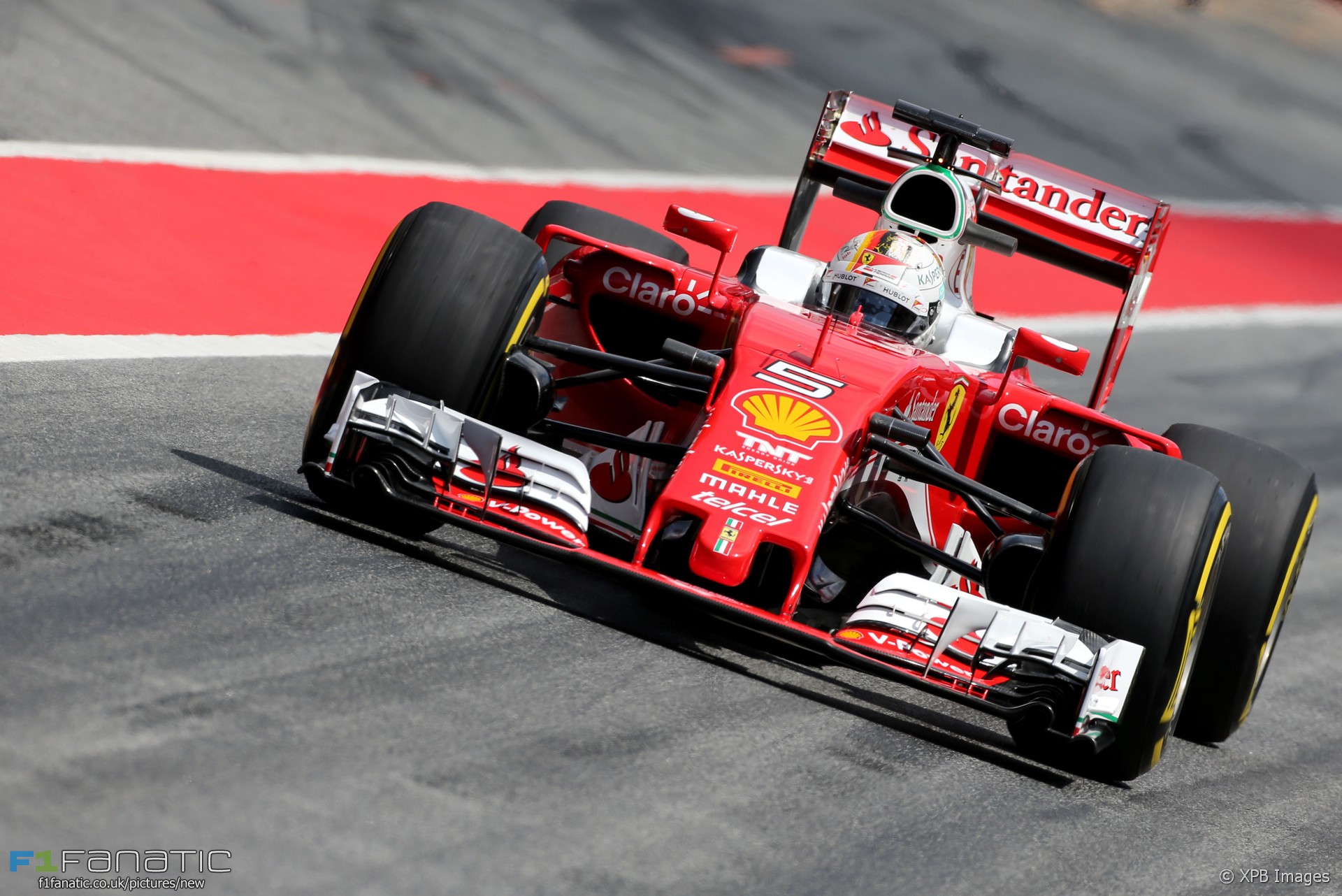 Sebastian Vettel led the first day of testing at the Circuit de Catalunya as Ferrari focused on identifying solutions for their lack of pace during qualifying last weekend.

With Sauber absent, ten F1 teams were present for the first of two days of running and each completed more than a race distance at the Spanish Grand Prix venue.

“On Saturday we struggled a bit so today we tried some stuff,” said the pace-setter. “We needed to have a good look at it, but this is not the only thing we were here for.”

Vettel said Ferrari have “improved the car in the areas you need for [Monaco] so I think it should help.”

“Here in Barcelona we were as competitive as expected, with the exception of Saturday.”

Esteban Ocon, who managed just six laps in his practice outing for Renault at the track on Friday, managed more significant running for the team today.

“It would have been great to have gone for some fast laps with low fuel and soft tyres but that wasn’t the purpose of today,” he said. Ocon will drive for Mercedes tomorrow.

Williams caught the attention of many by running some unusual aerodynamic appendages on their FW38. Chief test and support engineer Rod Nelson said the team “went through a programme looking at some Monaco set-up alternatives”. Test driver Alex Lynn was at the wheel.