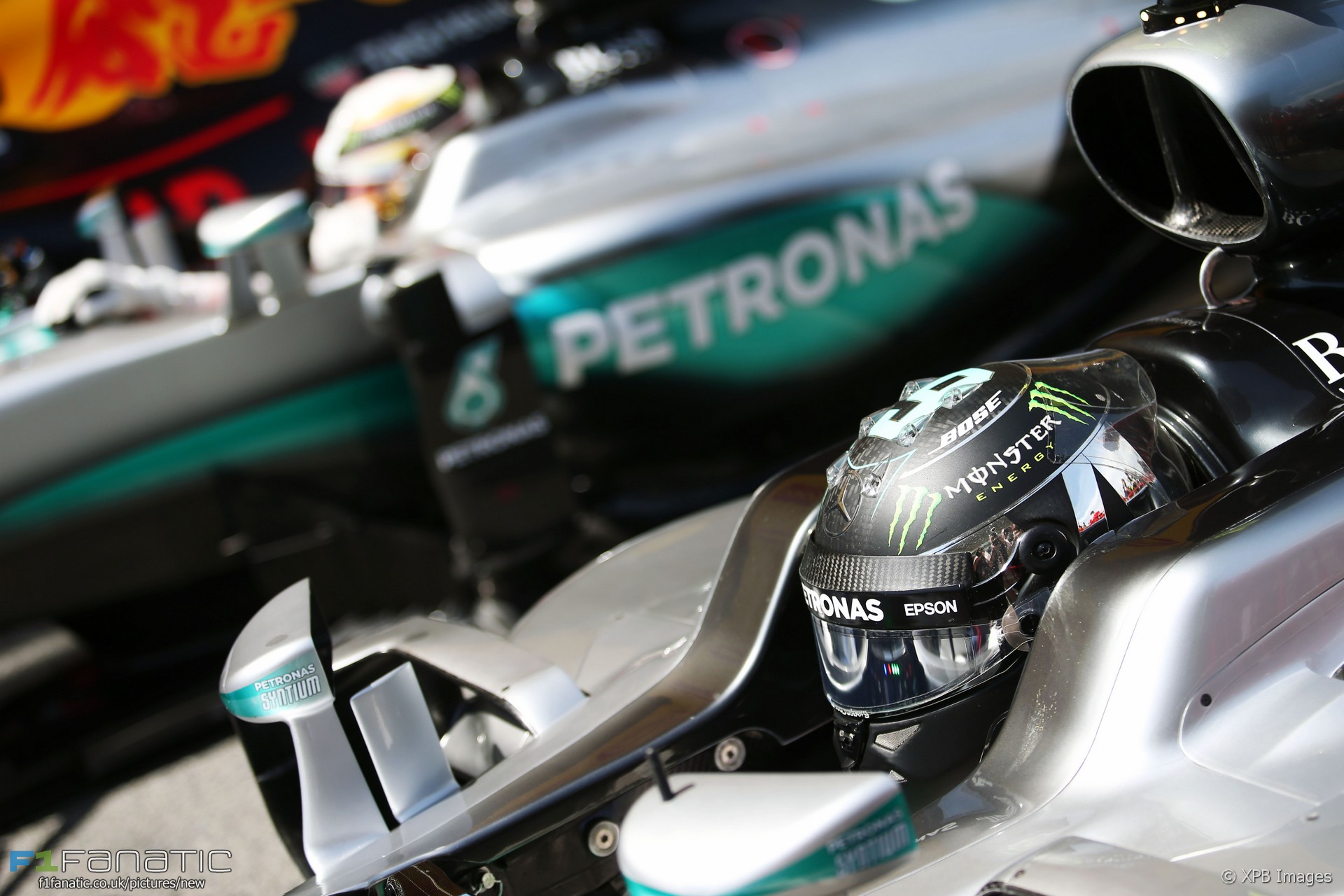 The first-lap collision between Lewis Hamilton and Nico Rosberg which eliminated both Mercedes from last week’s Spanish Grand Prix was ruled a racing incident by the stewards.

However the views from that select group of people who can relate to the unique pressures of a racing environment were more mixed. Some came down firmly against one of the drivers, others sided with the stewards.

And others expressed regret that the modern rules of racing allow drivers to defend their position as forcefully as Rosberg did.

Here’s what Hamilton and Rosberg’s Formula One predecessors made of their clash:

Hamilton is to blame. Rosberg was allowed to protect himself. You don’t go for it on the first lap.
Jackie Stewart

You can ask if Lewis should have been so aggressive but if you want to blame someone its 100 per cent Nico.
Jacques Villeneuve

The speed difference is so high, I don’t know how much it is but it’s quite high, and as soon as he made the decision it’s too late, because he already had a wheel on the grass.

For me it’s more a race incident considering some different parameters.
Alain Prost

It was a miscalculation in Lewis’s head. I blame him more than Nico. But for the team and for Mercedes it is unacceptable. Lewis was too aggressive to pass him.
Niki Lauda

There you have it red mist disgraceful for Mercedes, joke. Great for the race now wide open. First lap no room no control I am shocked.

We must remember first lap there’s not much room, long race, full tanks it’s always difficult, tyres not up to full temp!

Niki spoke very well and I agree with his comments, shocking for for Mercedes. What Niki said is that it’s unacceptable to lose both cars before the third corner of the first lap regardless who’s at fault. And I agree.

Good call from the stewards racing incident. But behind closed doors Mercedes will be talking.
Nigel Mansell

It was a racing incident. It could have being avoided by both. Rosberg was more of a fault for closing the door too late.
Rubens Barrichello

The stewards called it right as a racing incident, it was an amalgamation of circumstances which ended up with Hamilton on the grass and then wiping them both out.
Martin Brundle

Rosberg should not be able to drive Hamilton off track with a block – but Schumacher perfected the move and it became acceptable by FIA.
Derek Daly

Have to say, as a driver I would be feeling less guilty if I was Nico Rosberg. I don’t like it but current rules say you can make one move to other side of track as long as no car alongside and that’s what Nico did.
Tiff Needell

The pair at the centre of the row are eager to put it behind them. “It was a tough moment for all of us after the race but it’s now chapter closed and looking ahead to Monaco,” said Hamilton.

However the Monte-Carlo track was the scene of another controversy between the pair two years ago. And with the pressure from rivals such as Red Bull likely to be especially fierce this weekend, Mercedes can ill afford more bad blood between their drivers.

What they say about…

Browse all What they say about… articles