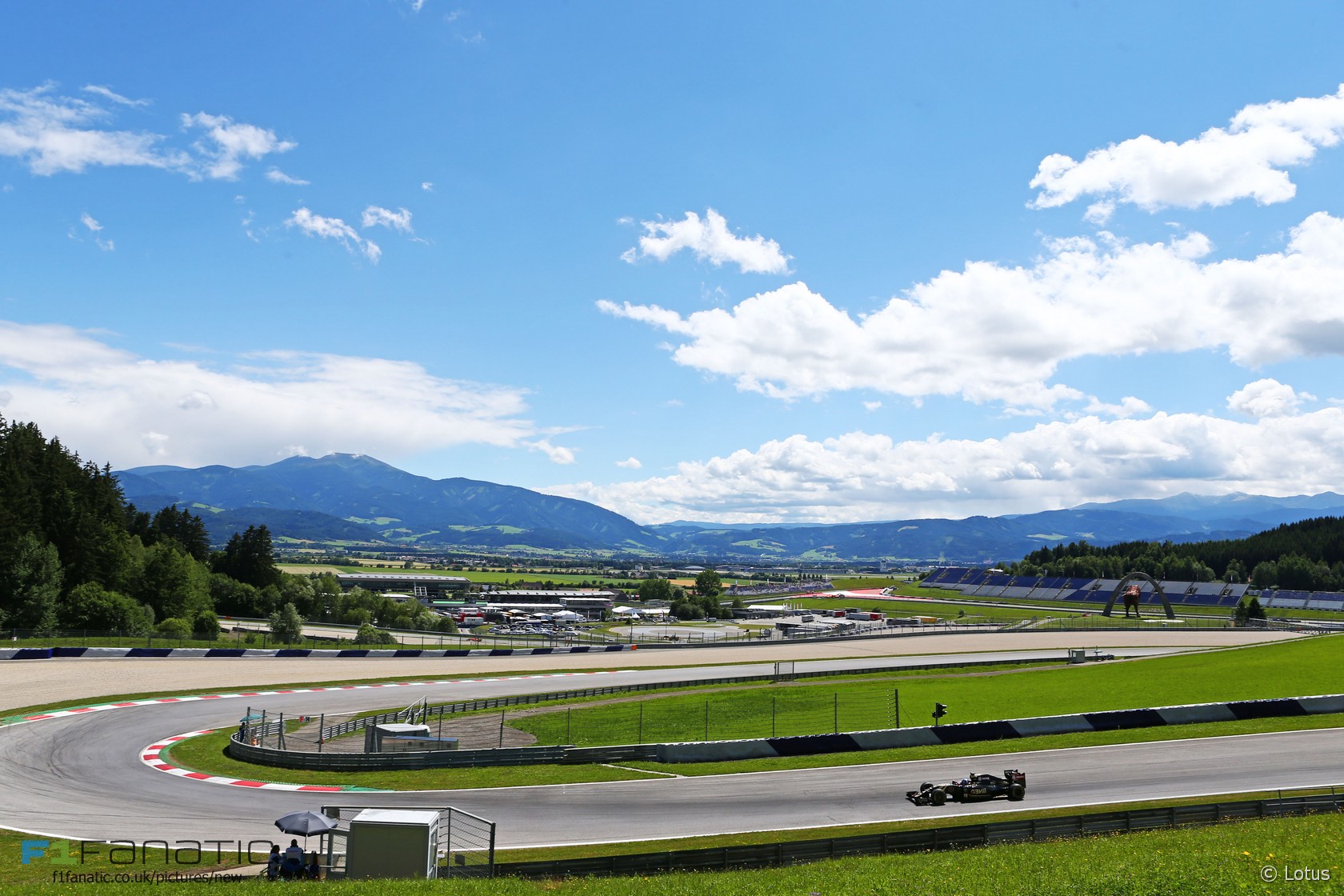 In the round-up: More details of how the Red Bull Ring is being altered have been revealed.

"The new corners (seen above) have been built to a high standard but Projekt Spielberg staff are reluctant to discuss much about the plans, but deny there are any immediate plans to host racing on a new extended course measuring between 5.5km – 6km."

"In response to the suggestion that would be behind Mercedes, Ferrari and Red Bull, he said: 'Ferrari, not sure. Not sure Ferrari is a threat.'"

"When it was suggested to him that Manor has been 'quite bizarre' with its tyre choices so far, Ryan replied: 'Yes, we have been.'"

Fernando Alonso: 'They are heroes' (Moto GP via YouTube)

"This compartmentalisation of the wing's functions means that the rest of the flapped region has also undergone some geometric alterations."

"We would need to invest 17 or 18 Million euros and finance it via the ticket booths exclusively, At best, we would be breaking even on such an event."

"Populous has designed a track that really flows. Lewis Hamilton is aware of the track and he really likes it because it is a flowing track."

"The livery was a concession to Hollywood film director John Frankenheimer, who was busy filming Grand Prix, and had more or less taken over Monaco for the weekend. He needed a white car to fit his storyline, and McLaren was chosen to represent the fictional Japanese Yamura team."

Tiene buena pinta el coche con ese 55 no? // looking quite sharp the car with the 55 on top! #carlo55ainz pic.twitter.com/9dwQo6SsfB

Good day of motorsports ahead. Wishing my guys in Italy another great weekend @Ricciardokart. And looking forward to watching Moto GP also 🤗 Jacques Villeneuve gives his opinion on modern Formula One
@Jackysteeg

Thanks to everyone who joined in and a special mention to Hahostolze, Gridlock, Robert and Chris for their excellent contributions.

The Monaco Grand Prix was won in commanding fashion by Jackie Stewart 45 years ago today despite a mechanical error on the grid which left him with virtually no rear brakes. Ronnie Peterson took second for March ahead of Jacky Ickx’s Ferrari.