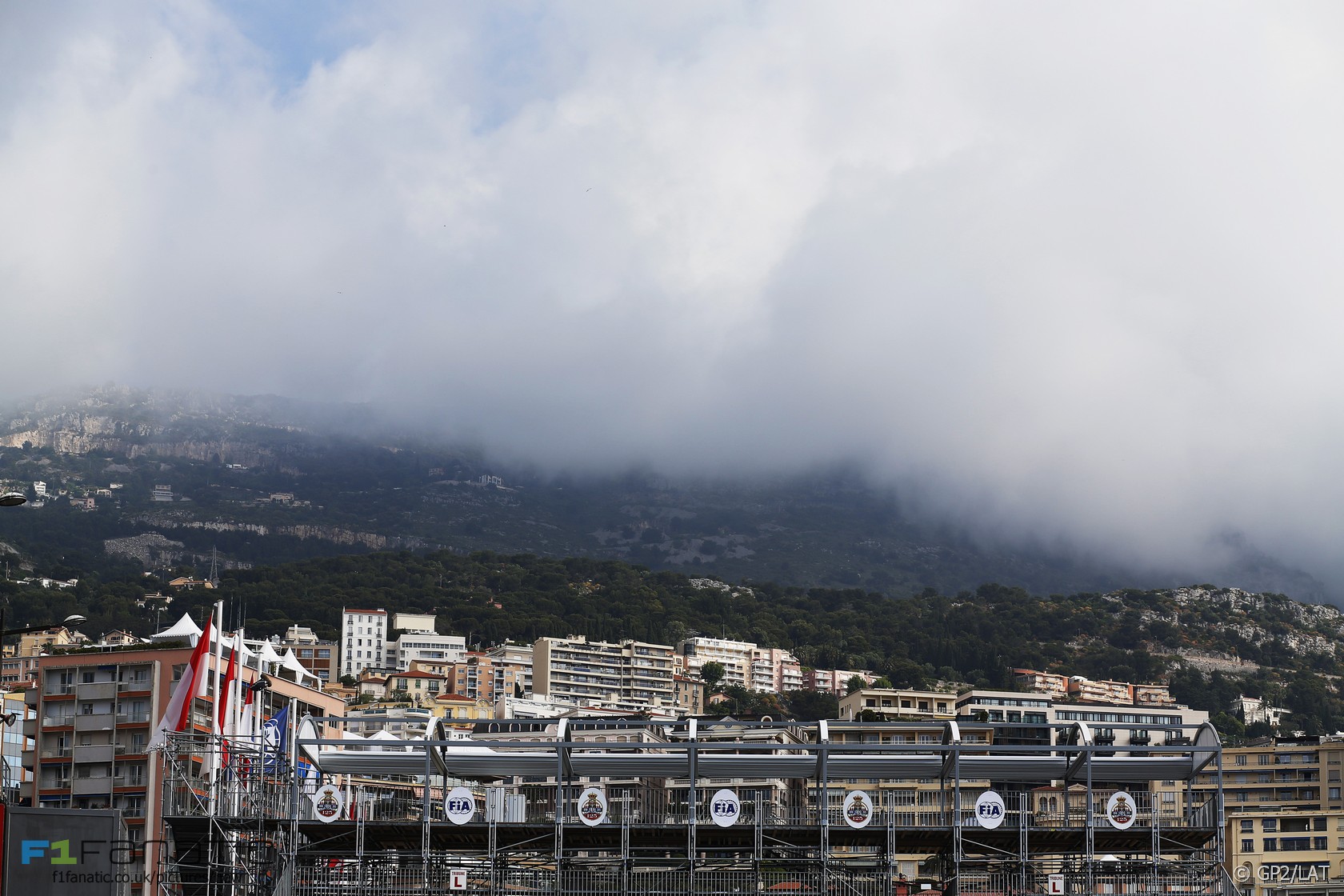 A wet Monaco Grand Prix is in prospect with forecasters reporting a better than average chance of rain on Sunday afternoon in Monte-Carlo.

A band of moderate rainfall is expected to arrive from the west around the time of Sunday’s race.

However the build-up to the race is expected to be dry, with bright and sunny conditions forecast for qualifying. A largely cloudless day will see temperatures peak at around 24C while the grid for the race is being set.

Thursday’s practice sessions will be run in cooler, cloudier conditions with temperatures only just reaching the twenties.

The last time the Monaco Grand Prix saw significant rainfall was in 2008, when Lewis Hamilton won.