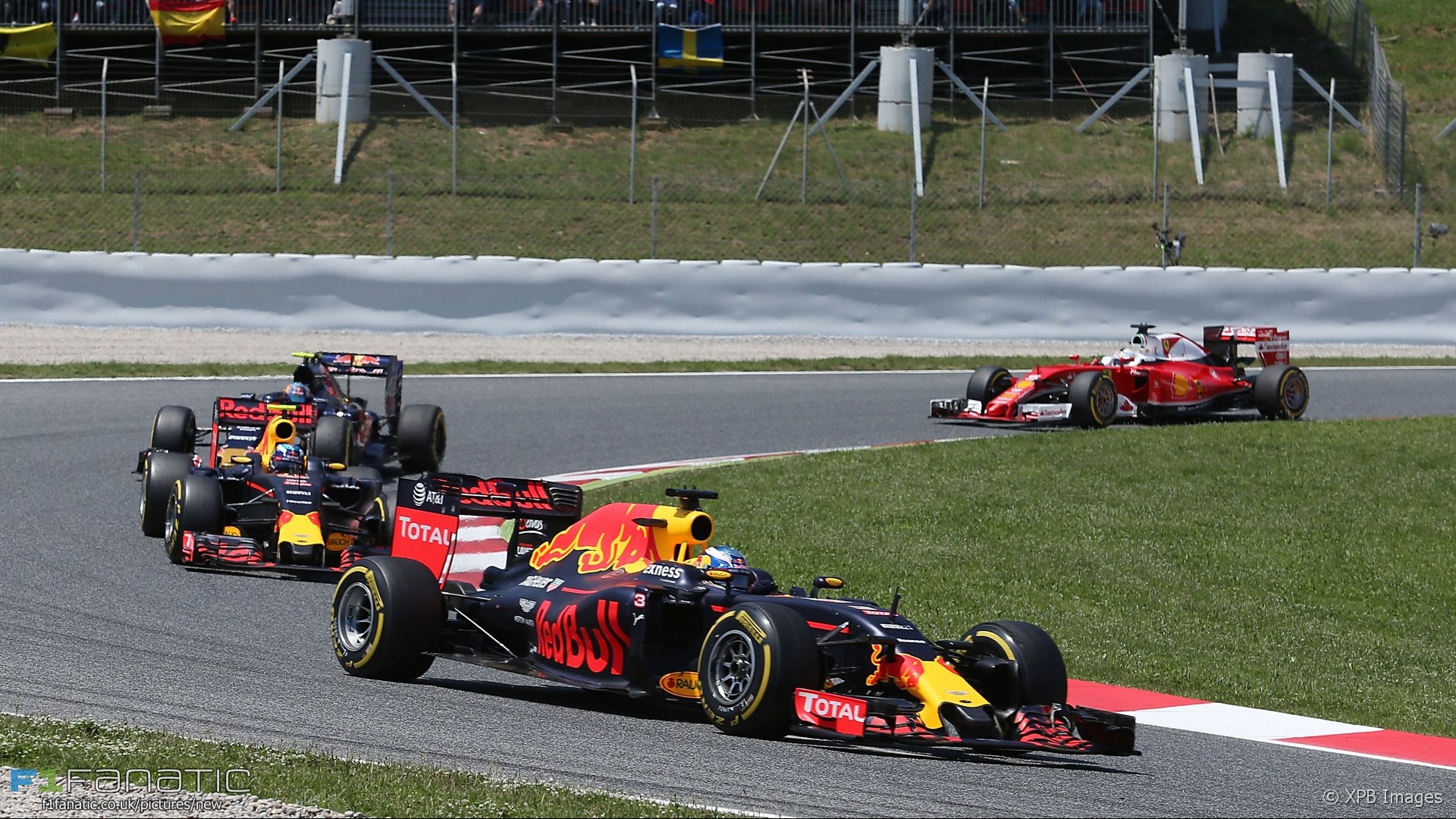 Daniel Ricciardo said he has spoken to his team about the strategy decision which potentially cost him victory in the Spanish Grand Prix.

The Red Bull driver led team mate Max Verstappen in the opening stages of the Spanish Grand Prix but fell to fourth after a switch to a three-stop strategy. Verstappen, who pitted just twice, won the race.

Ricciardo said Red Bull put him on the strategy which seemed the best solution at the time.

“We had a few discussions after the race and the week afterwards as well I spent quite a bit of time with the team,” he told reporters in Monaco. “Just basically it seems at the time, through their eyes, the three-stop was the best thing.”

“It looked like [Sebastian] Vettel was our biggest challenger, I guess, for the victory so once we had the gap to fit the three-stop in they pitted me and I think then Vettel pitted the lap later.”

However Vettel returned to the pits just eight laps later which both got him in front of Ricciardo and doomed the Red Bull driver to being stuck behind a car with only slightly older tyres.

“It was then that second-last stint when he went really short and undercut me and that sort of screwed it all up because then he didn’t have the speed to catch the leaders either,” said Ricciardo.

“So it all sort of just unfolded on itself in not a good way for us. But at the time that was their thinking and they thought the three-stop was the one. And they didn’t really think Max or Kimi [Raikkonen] could make the two-stop work.”

Ricciardo added the team expected a grater performance difference at the end of the race between those who had pitted twice and three times.

“As the race goes on, the track does improve a bit and you burn fuel so the car does handle a bit better,” he said. “So the last stint you can probably always go longer than you think you can but still they didn’t think it would go for that long, or they thought we’d have a bigger speed advantage at the end to pass them.”