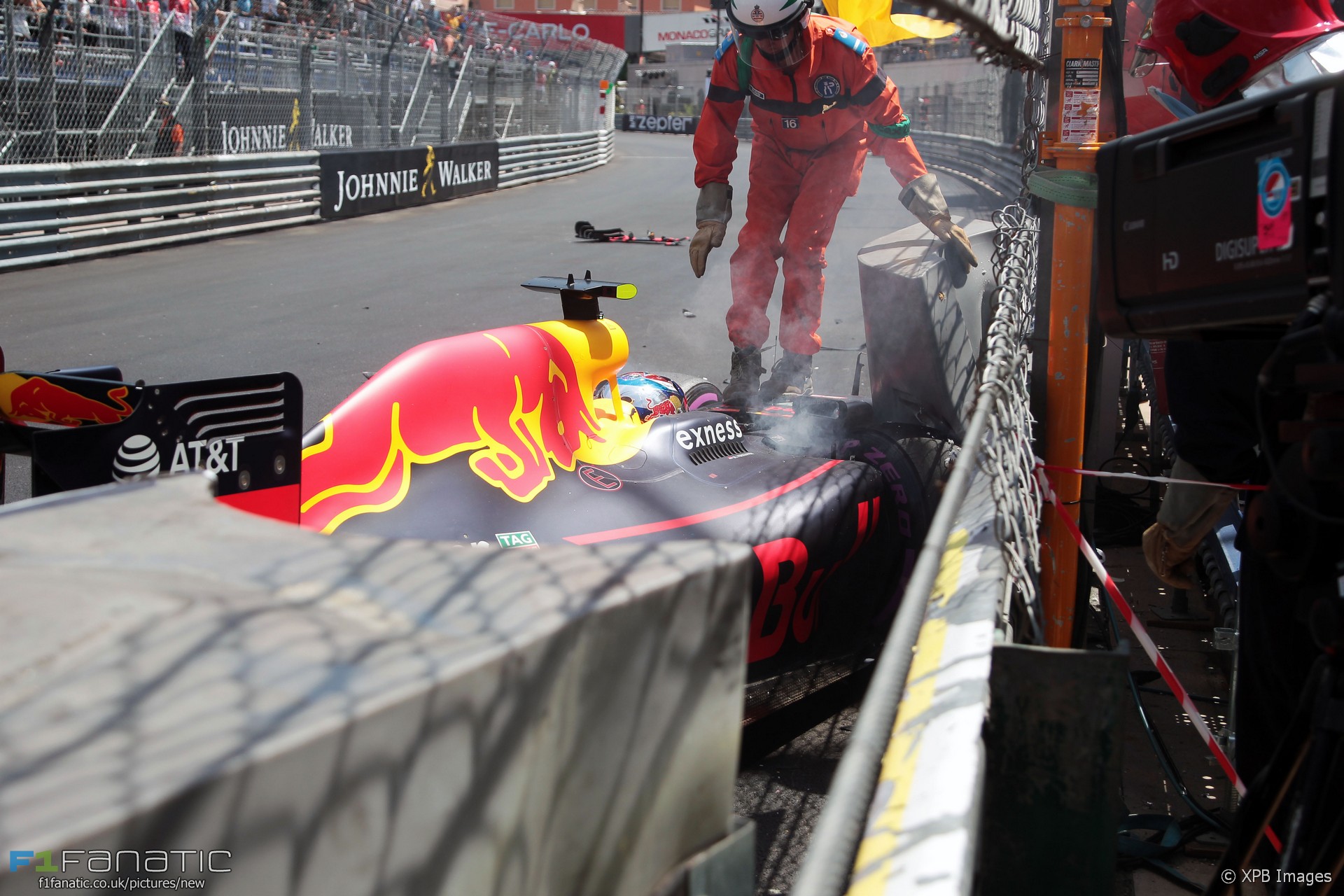 Max Verstappen admits that he was not pushing hard when he crashed out of Q1 in an accident that has doomed him to a pitlane start for tomorrow’s race.

The Red Bull driver clipped the inside barrier on the exit of the Swimming Pool, breaking the car’s suspension and spearing into the outside wall.

Verstappen was slowest of the runners to have set a time in Q1 at the time of the accident and was attempting to set his first truly representative time of the session.

“Immediately on my first push lap I felt more confident than all the other laps,” says Verstappen.

“Also in terms of the car balance it was better – my second sector was immediately like two or three tenths quicker. So yeah, it was all coming together. But then into the chicane, I underestimated maybe a bit the grip I had and turned in a bit too early and then it all goes wrong.”

Verstappen will start from the pitlane for tomorrow’s race having been forced to take a new chassis following the collision. With overtaking so difficult around the principality, Verstappen is hoping for a potential rain shower to provide him with opportunities.

“Hopefully that would help a bit, but of course on this track it will be very difficult to overtake,” Verstappen says.

“I have to start from the back. Hopefully the weather will help a bit, but when you start there it will be very difficult.”

56 comments on “‘I underestimated the grip’, admits Verstappen”