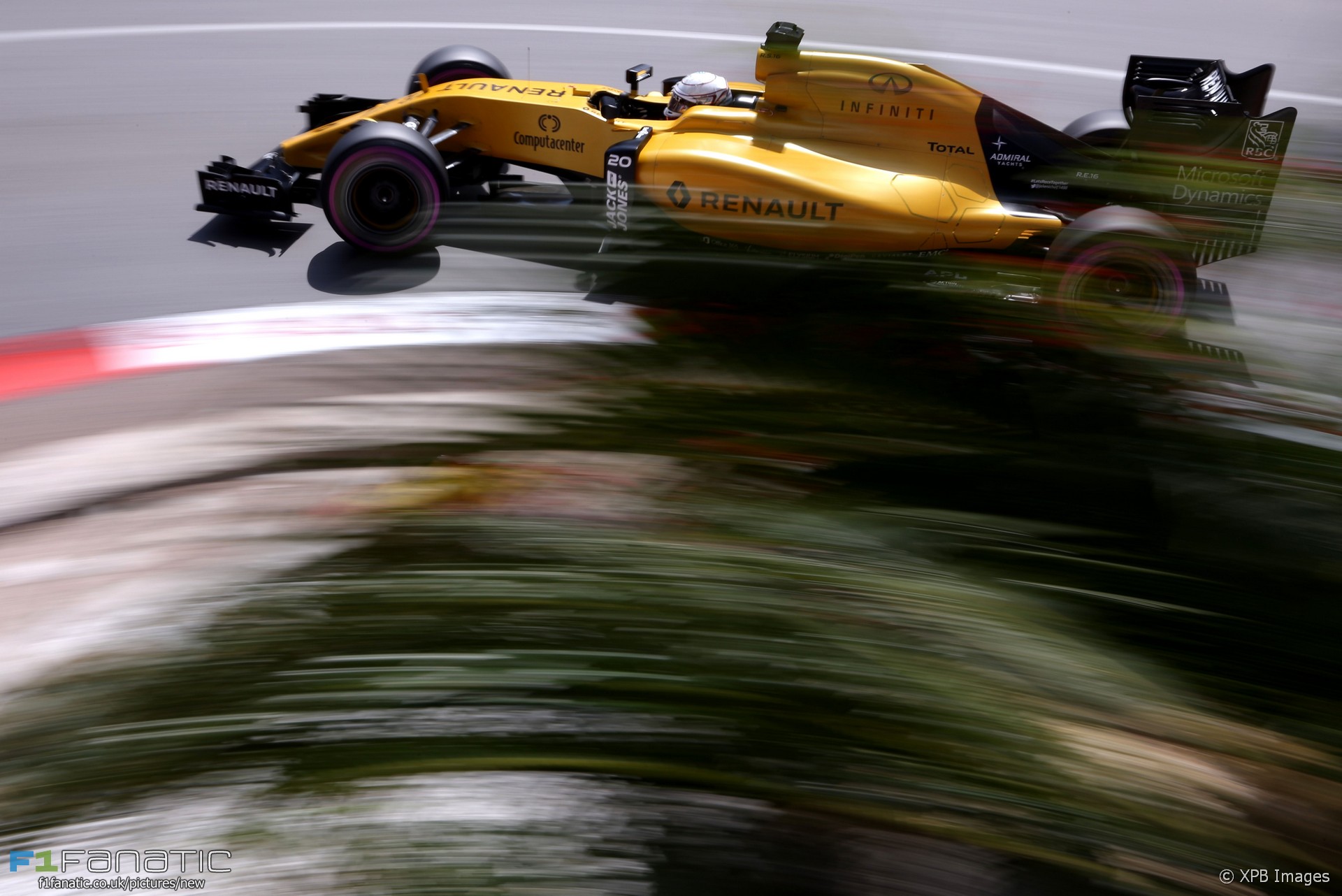 The stewards have confirmed that no further action will be taken against Kevin Magnussen after he was investigated for exiting the pit lane under a red light in qualifying.

Magnussen was placed under investigation after he crossed the pit exit line despite the lights being on red at the moment he crossed the line following Max Verstappen’s crash in Q1.

Despite TV replays confirming the infringement, the stewards have decided to take no action against the Renault driver having determined that Magnussen’s dashboard warning system only went red half a second before he exited the pit lane.

The full decision by the FIA stewards is as follows:

Although the green light was extinguished and replaced by the red light two seconds before the driver crossed the pit exit line, the team presented evidence that the dashboard light only turned to red 0.55 seconds prior to the car crossing the line.

Further, the driver explained that he looked at the trackside light on approach, it was green, then he focussed on the track ahead because there is a turn from the the pit exit. By the time his dashboard light came on it was too late to avoid crossing the line. The team also radioed “red flag, red flag”, but the car had passed the line.

16 comments on “No penalty for Magnussen after pit light investigation”