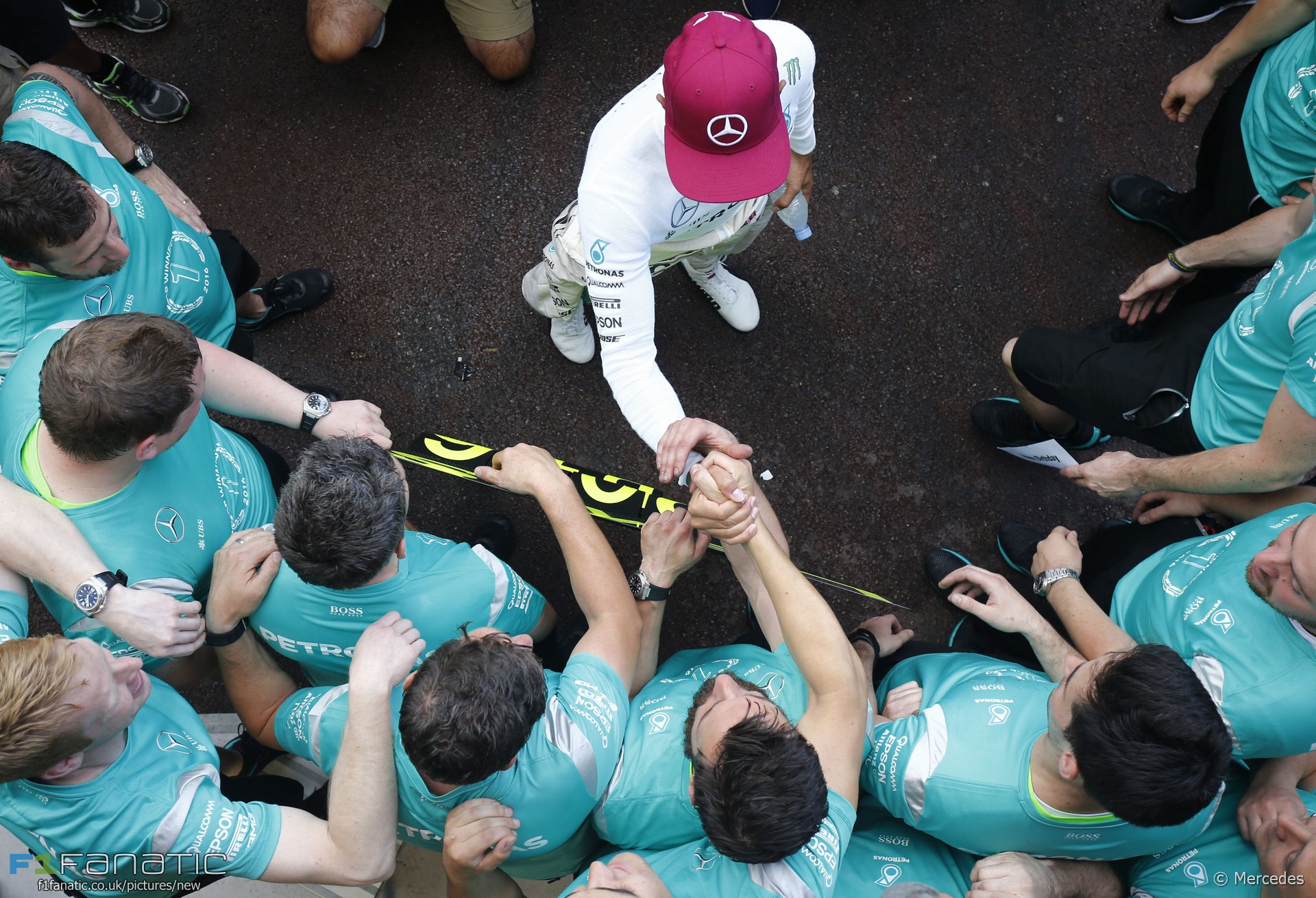 In the round-up: Lewis Hamilton says there have been times this year when Mercedes have buckled under pressure.

"You're starting to see small buckles here and there, so what's important is we do pull together, because we are the greatest team, we just need to refine a few areas."

Main rival is not clear to Mercedes - Wolff (F1i)

"Now Red Bull won a race in Barcelona and they were pretty competitive in Monaco and suddenly Red Bull is being seen as the main competitor."

"They thought: 'If we get Verstappen and Ricciardo we can at least put Ferrari under pressure, and next year we have a chance to compete with Mercedes with two big guys'."

Palmer gets new chassis for Canada after Monaco crash (Reuters)

"The car hit the barriers quite hard at an oblique angle which damaged the front of the chassis and since we have a new chassis available it makes sense to introduce it."

"We all know about rumours in Formula One, and to be honest I am zero scared and worried about anything."

Nico Rosberg: "I understand the criticisms, but if you go and read the newspapers from 1968, where Jackie Stewart was advocating change for safety and being lynched in the papers, it's exactly the same today."

"Mr Ecclestone should ask to meet Khadija Ismayilova, and other prominent activists who remain in jail with no promise of a fair trial."

Simulator session in Canada and Baku.Impressed with the time spent at full throttle in a street circuit. Looks like a cool challenge.😳👌🏻

Hello 👋🏼 have had a pretty eventful week since Monaco. Done some cool things & back in good spirits 😉 ready to do it all again next week 🇨🇦

Adrian likes the look of the Baku City Circuit:

I’m quite looking forward to this. The track has a bit on an IndyCar/Formula E feel to it, and that’s OK to me as it’s therefore different from most other tracks on the calendar. From the onboard the track actually looks pretty dangerous, and I suspect it will be challenging to keep it out of the barriers all weekend.
@Adrianmorse

37 comments on “Hamilton warns Mercedes starting to ‘buckle’ under pressure”