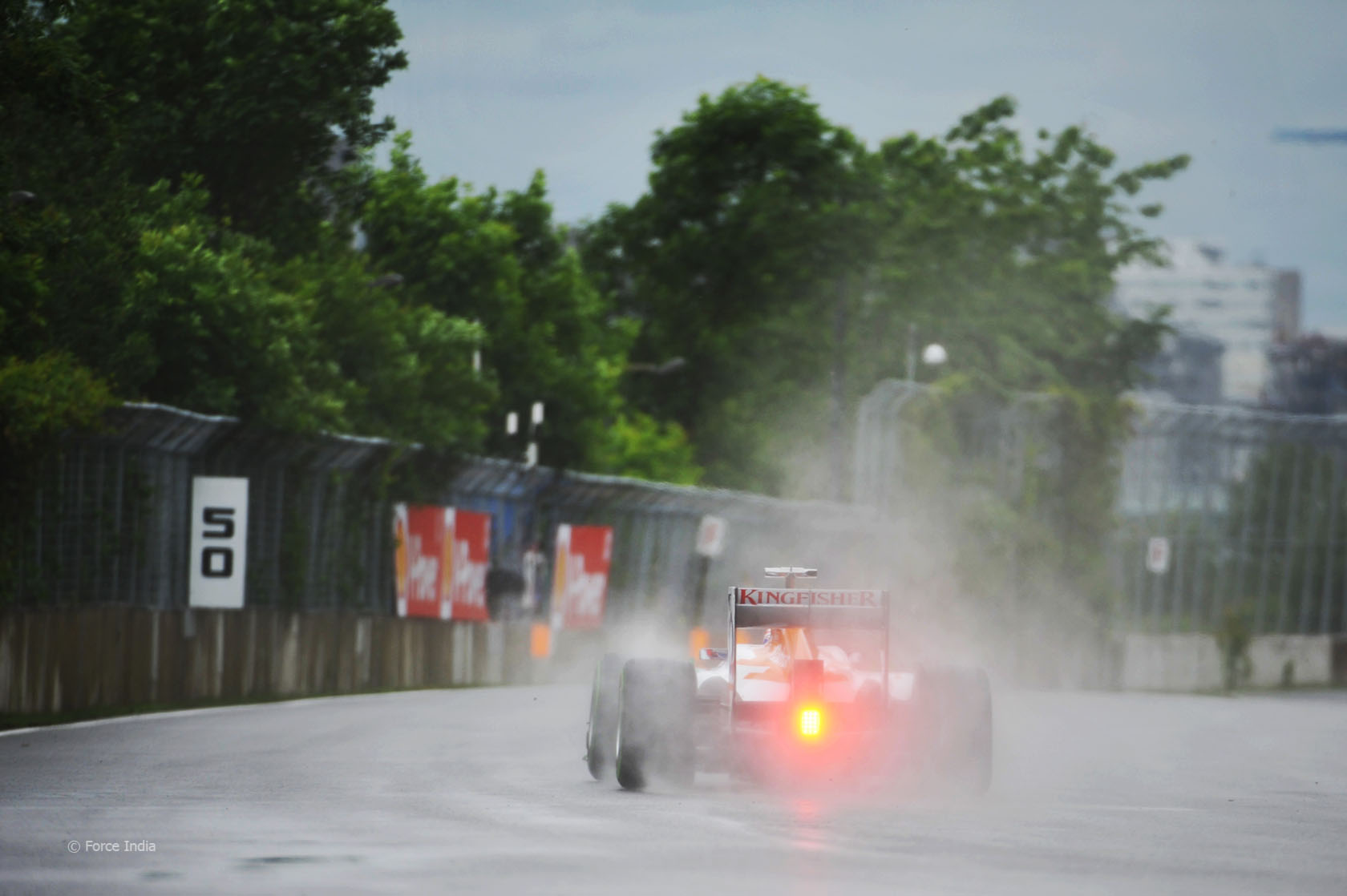 Montreal is experiencing cool, almost autumnal conditions ahead of this weekend’s Canadian Grand Prix. Although it is forecast to become warmer over the coming days the race itself could see some showers.

A low pressure weather system is keeping the air chilly in Montreal at present – a peak of just 17C is forecast on Thursday. However that will improve over the coming days with outbreaks of sunshine pushing temperatures to 20C during practice on Friday and 24C for qualifying on Saturday.

Following showers on Thursday the rain should stay away for the first two days of track action. That may change on Sunday, however, giving us the possibility of a second consecutive rain-affected race.

At present it is unclear whether the rain will arrive during the race or, as some forecasts indicate, fall earlier in the morning of race day. However it is expected to be a much cooler day on Sunday, with temperatures closer to that seen on Thursday, and quite a bit cooler than last year’s peak of 22C during the grand prix.

31 comments on “Another wet race possible in Canada”