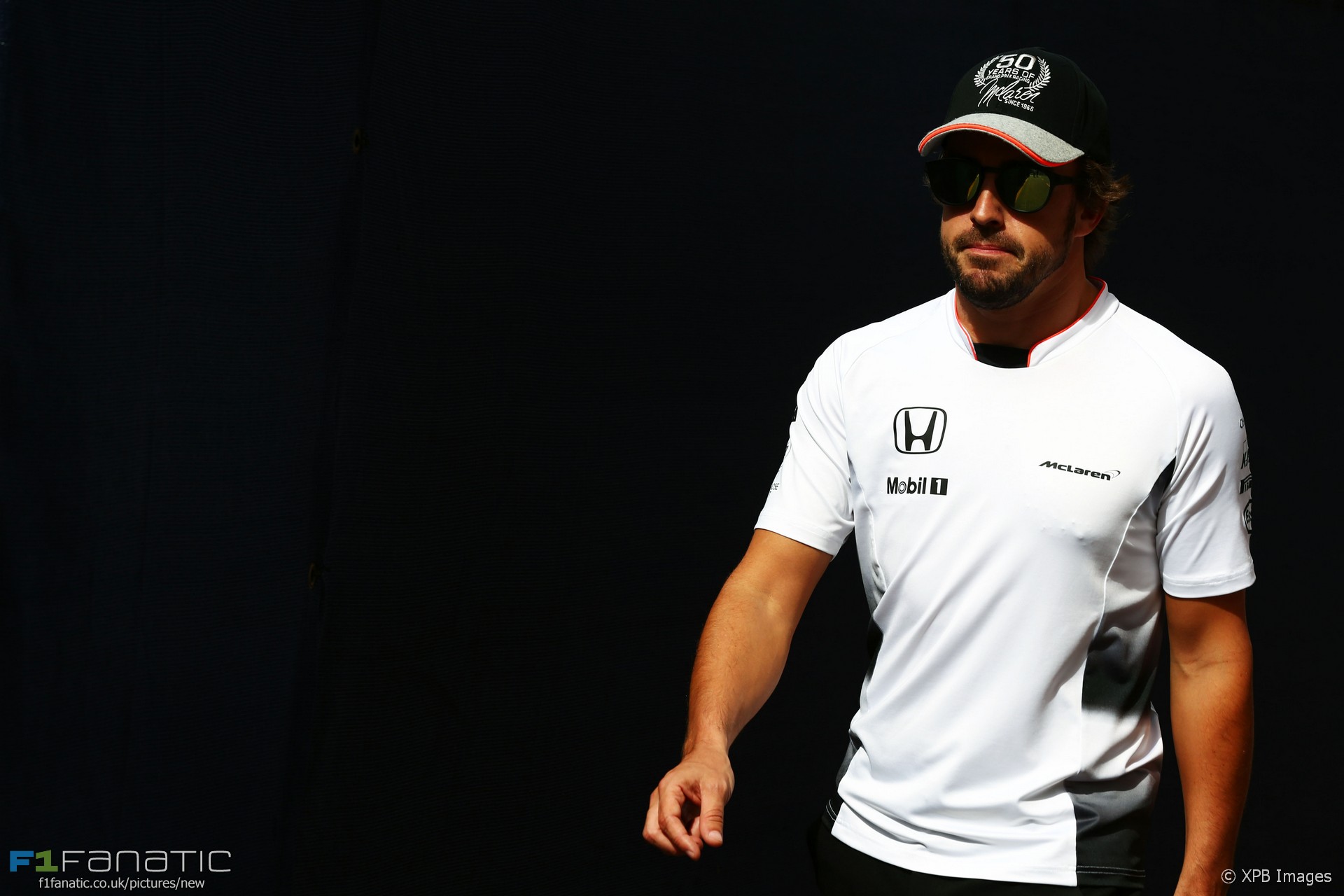 In the round-up: Fernando Alonso says Formula One television audiences have fallen partly because of the move to pay television broadcasts.

Fernando Alonso: Feel of 2017 cars will decide my future in F1 (ESPN)

"We changed the engines, we changed the TV agreements with some paid TV so there is less spectators. We have less noise from the cars. So there were a lot of negatives coming to Formula One. So next year I think it's an important year for the sport."

"In pre-season we felt we would be more competitive over the second half of the year, and I still believe that will be the case."

"We have done an analysis and we have not seen anything."

Damon Hill: "He could go down as one of the all-time greats or as someone who is not magnanimous in defeat. He has got to be careful."

"What happened with Red Bull is unforgivable but that’s typical Formula One today. They have all these boffins that sit there behind their computer screens and look at the best theoretical strategies but no one seems to be thinking on their feet."

"Which opponent did you most respect on the track? Rubens Barrichello, Jenson Button, Fernando Alonso. And I had some great battles with Lewis (Hamilton), too."

Sitting around at the hotel in Montreal watching some cool races from previous years. I just cant wait for the weekend to get started!

I had misgivings about a watch manufacturer using images of Ayrton Senna to flog their expensive timepieces, but @Geemac has no such qualms:

I’m ok with TAG Heuer using images of Senna to flog their watches.

I am always very proud when I see their F1-related ads because it puts our sport in full view of the public, which is can only be a good thing (even if one of their ads showing Kevin Magnussen in an MP4-29 forced me to give a rather apologetic explanation of why the car looked like it had a ‘member’ attached to the front of it).
@Geemac

The much-missed Justin Wilson scored his final IndyCar victory on this day in 2012, winning the Texas 550.