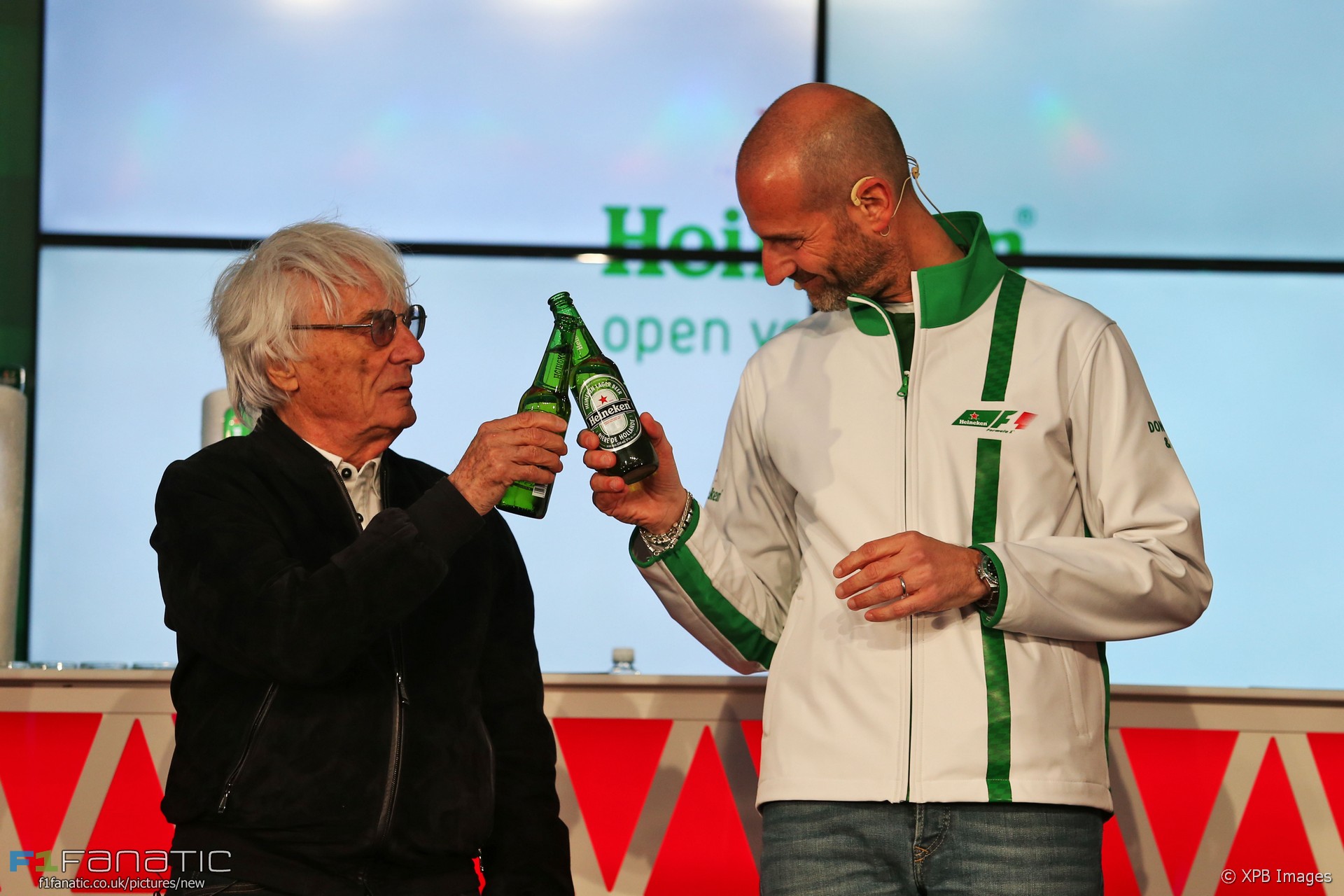 Heineken vows to refresh the profile of Formula One (The Telegraph)

"Can we make F1 as big as the Champions League? Honestly, I think so."

Vettel would have Ricciardo as teammate again (Motorsport)

"I don't mind him, I like him, I think he's a strong guy and obviously he had a good season in 14. Last year and this year it's a bit difficult always to judge because you don't know what's going on internally, but, from what I know, he's a good guy."

"When I came back to Renault it was my choice - I had the possibility to go to Red Bull. But Red Bull at that time was an energy drink, it was not a world championship team. No one has a crystal ball!"

"Heineken will not be visible on any F1 cars."

"Button said that he 'hadn't thought about' his future, adding: 'I keep getting asked the question. I'm living in the moment.'"

"I've said it before, Daniel is world champion material and he has time to achieve this dream. He doesn't need to do anything else but keep performing as he is."

"Yes, I want to do it, but it doesn't fit very well with the schedule, so its either Watkins Glen or next year."

Letter to My Younger Self (The Players' Tribune)

Mario Andretti: "At this point, Mom and Dad still don’t know you’ve been racing. When you get to the hospital, Aldo’s condition will be so bad that at one point during the night, he will be read his last rites."

What A Race Car Crash Does To Your Brain (Jalopnik)

"The diagnosis was confirmed: I had a concussion—specifically, a concussion without loss of consciousness. It didn’t matter that I hadn’t been hit in the head, either. The acceleration-deceleration process is what causes a brain to shift within the skull and become concussed."

Feel bad for the fans at #CanadianGP #F1 driver autograph session. Always one of the worst of the year for everyone.

Fans wait in line for ages only to not know what drivers you'll be in line for. And security are aggressive….to put it lightly.

So you could show up an hour before, get yelled at to move through line faster, and only get one autograph from Manor drivers…

Who will be closest to Mercedes this weekend?

Red Bull have generally gone better than expected here, their victory in 2013 was against the run of form (for that point of the season) and of course, Ricciardo took his first win here in 2014. I think they will probably give Mercedes the closest run for their money. I also predict a top five for Force India, since I think Perez has another good chance of making a counter strategy work. If it rains then Red Bull should have it in the bag.
@Marcusbreese

Ralf Schumacher led brother Michael home in the Canadian Grand Prix on this day 15 years ago.

32 comments on “F1 ‘will rival Champions League’ with beer deal”