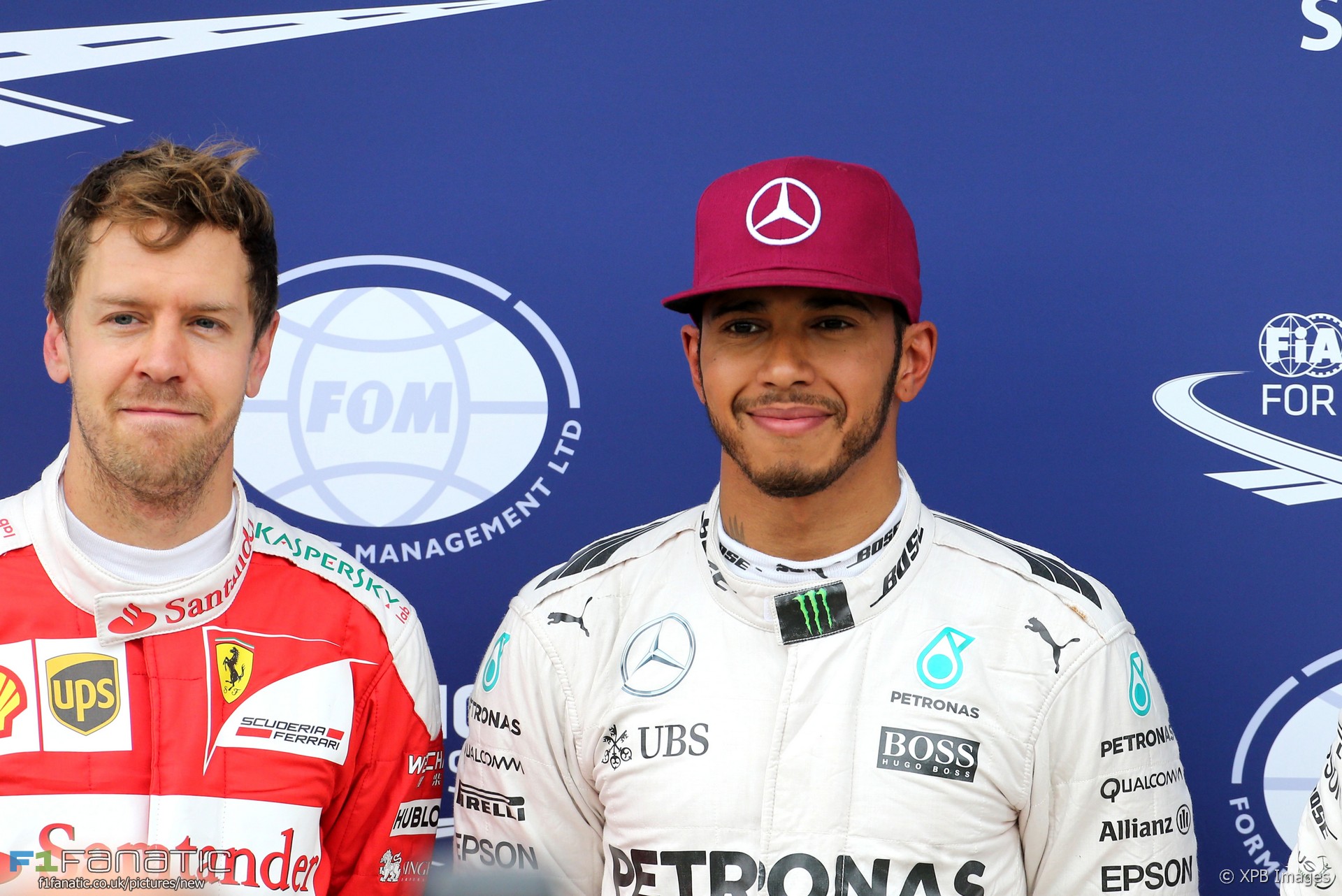 Lewis Hamilton says Ferrari will be strong in the Canadian Grand Prix after Sebastian Vettel got within two-tenths of a second of the Mercedes in qualifying.

The world champion believes his pole position lap time could have been quicker but says Ferrari’s power unit upgrade has delivered a genuine improvement.

“I do think that today there’s at least a couple of tenths inside,” he told reporters in Canada. “So there’s still some margin.”

“But today was still close. It was not easy to get that extra two-tenths out but I honestly think that was there for the taking.”

“But they definitely have improved with their turbo, I think their long runs look very, very strong. We’re going to be on our toes tomorrow to try and stay ahead of them, for sure.

Hamilton narrowly edged Nico Rosberg for his fourth pole position of the season but said it hadn’t been his best qualifying performance.

“It actually wasn’t a great lap,” said Hamilton. “I don’t know whether I should admit that or not, I should be saying, ‘yeah, it was perfect, it was great’.”

“But honestly yesterday was a really good day for me in terms of pace and today I didn’t have the same pace as I had yesterday. I don’t know if it was a set-up change I made or what.”

“Still it was obviously enough, but not as much as I would like. Yesterday I had like a half a second buffer to Nico and then it diminished a lot. I think he gained some and I lost some.”

“But nonetheless it was still alright. Good enough. I don’t know what else to say, it was not the best pole position lap I’ve had. And the second lap should’ve been better but it wasn’t.”