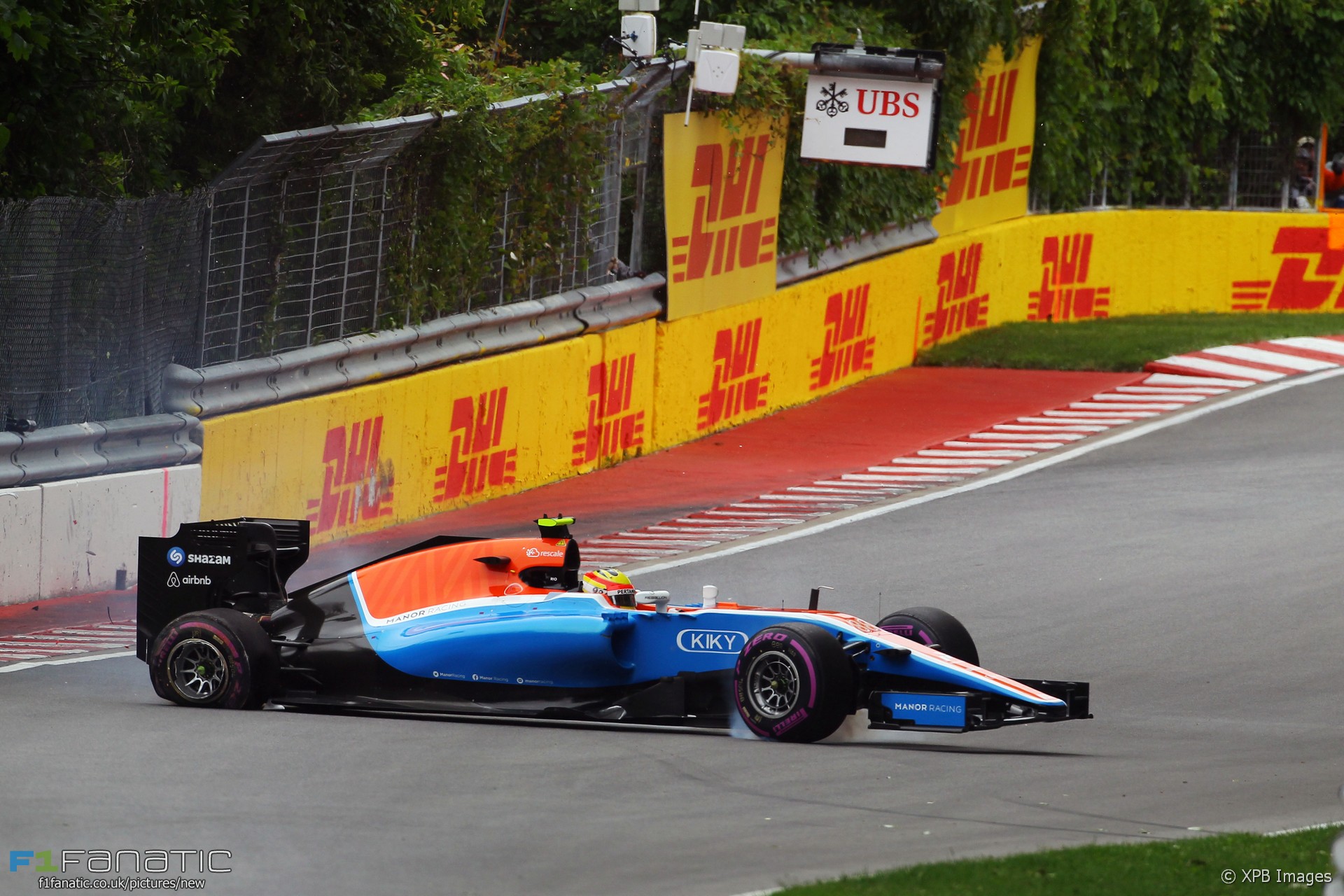 In the round-up: Rio Haryanto will continue driving for Manor until at least the Hungarian Grand Prix.

"The Indonesian has a guaranteed drive until the 11th round of the season in Hungary but needs more money to remain in the seat beyond the summer break."

"According to a source 'the most recent tests on the aeroscreen didn't go as well as expected', and showed 'further development is needed'."

"James Allison has made it clear he is fully committed to a future to Ferrari, sources at Maranello have revealed, despite speculation in the build-up to the Canadian Grand Prix that Renault has been sounding him out."

Alonso: Q3 in Canada unthinkable a few months ago (ESPN)

"With the weather forecast and rain predicted (for Sunday) we chose to be faster in the corners and not the straights so maybe that will pay off tomorrow and we can take some points."

"It was a miscalculation and avoidable because I thought I had enough space but then I saw the replay and actually the car is sliding and the rear wheel is touching when my front is not at all and this is what brings me back to the wall."

F1 notes from a windswept island (James Allen on F1)

"That’s the talk in the paddock in Montreal; that (Ricciardo) would look to move to Ferrari in 2018. But from a performance point of view, you would have to question that move."

"'We have successfully designed a racetrack which is partly on the Las Vegas Strip and does not impact any resort,' says Peter Wahl, managing partner of F1's track designers Tilke."

😡😡…Missed a chance of Q3 on a track that we didnt think we would be that strong.Been fast all weekend so time to learn and forget about it

'#Seb5 why did you say 'Scusami'(sorry) on the radio?' 'Because as a driver you think there is always a bit more' pic.twitter.com/BNMarpeOGX

It's curious that the BBC hasn't featured this on the front page of either its #F1 or business sections: https://t.co/2Hm3bb6b0A

The top three teams were covered by three-tenths of a second yesterday. But what effect will changing the rules next year have on the competition?

I can’t help but feel that completely changing the rules again for 2017 will be a mistake.

Right now the field is closing up relative to 2014-2015. Mercedes was only 0.2 seconds faster than Ferrari who were, in tune, about 0.2 seconds faster than Red Bull. Similarly, towards the end of 2008, the gap between the teams really closed up, and we saw some qualifying sessions (Q2 especially, without fuel loads) where the gap separating the top 10 was only 1 second or less.

Throughout most of 2012 and in the first half of 2013, we had a fairly close and competitive field (contrary to popular belief). Red Bull really pulled away in the second half of 2013 when most teams gave up on catching them and focused on 2014 instead. What we ended up with in the following two seasons was a field that was very spread out with Mercedes being dominant.

Regulation changes tend to spread out fields. Stability over lengthy periods of time bring the pack closer together as most of the field finds the optimum solution and the cars reach a development peak. The only change I’d make for 2017 is to get rid of the token system altogether.

Jenson Button claimed victory in an incident-packed Canadian Grand Prix five years ago today. The McLaren driver passed Sebastian Vettel on the final lap having fallen to 21st at one stage following a tangle with team mate Lewis Hamilton.