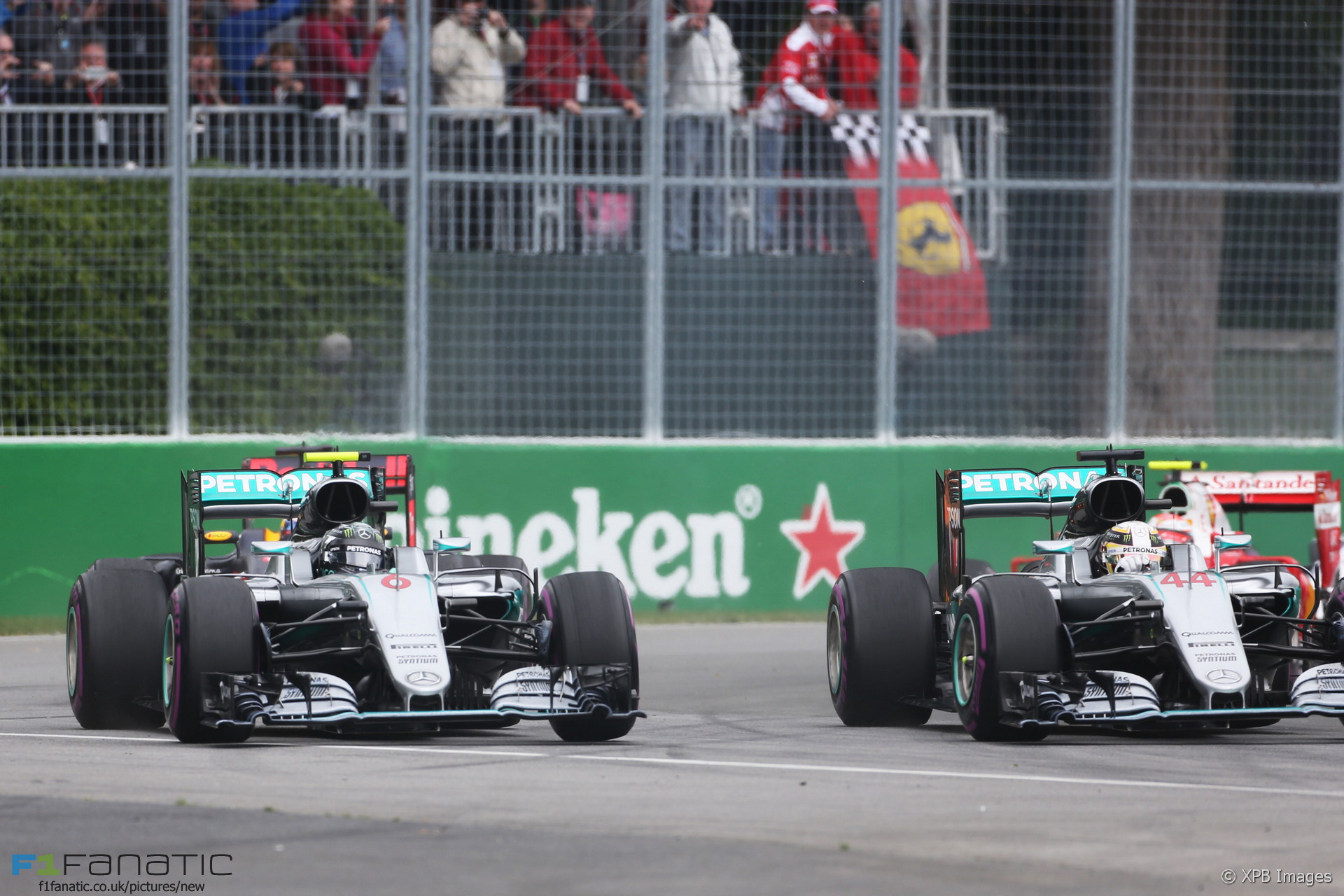 Nico Rosberg says he is disappointed to have finished fifth after starting on the front row for the Canadian Grand Prix.

After both Mercedes were passed by Sebastian Vettel off the line, Rosberg challenged Hamilton around the outside of turn one but went wide after the two team mates made side-by-side contact, losing several positions.

“Sebastian had a great start, I had a decent one and Lewis had a bad one,” explains Rosberg.

“My position was on the outside. In Barcelona, I gave it a go around the outside of Lewis and it worked out really well. I went for the same again today and he did a really hard racing maneuver and we touched and I was off and that’s it.

“I was pissed off in the moment, but that’s racing in the end. It’s my job to make sure I’m in front after a battle like that next time. And of course that was very costly for me because I lost a lot of places.”

Rosberg fell to tenth after the incident, but battled back to eventually cross the line in fifth after a late battle with Max Verstappen which saw the Mercedes driver spin at the chicane on the penultimate lap.

“It was difficult, especially with fuel – I nearly ran out of fuel and so that’s why I couldn’t really attack Max properly at the end,” says Rosberg.

“He did a very good job as well to defend when I was attacking. But then I had to drop back, save fuel, try again, drop back and in the end it went completely pear-shaped. Managed to carry on, but a frustrating race of course.

“For sure we had a great car again today. So even more disappointing to finish fifth with such a car because the car, as Lewis showed, was good enough for the win.”

82 comments on “Rosberg frustrated with fifth”