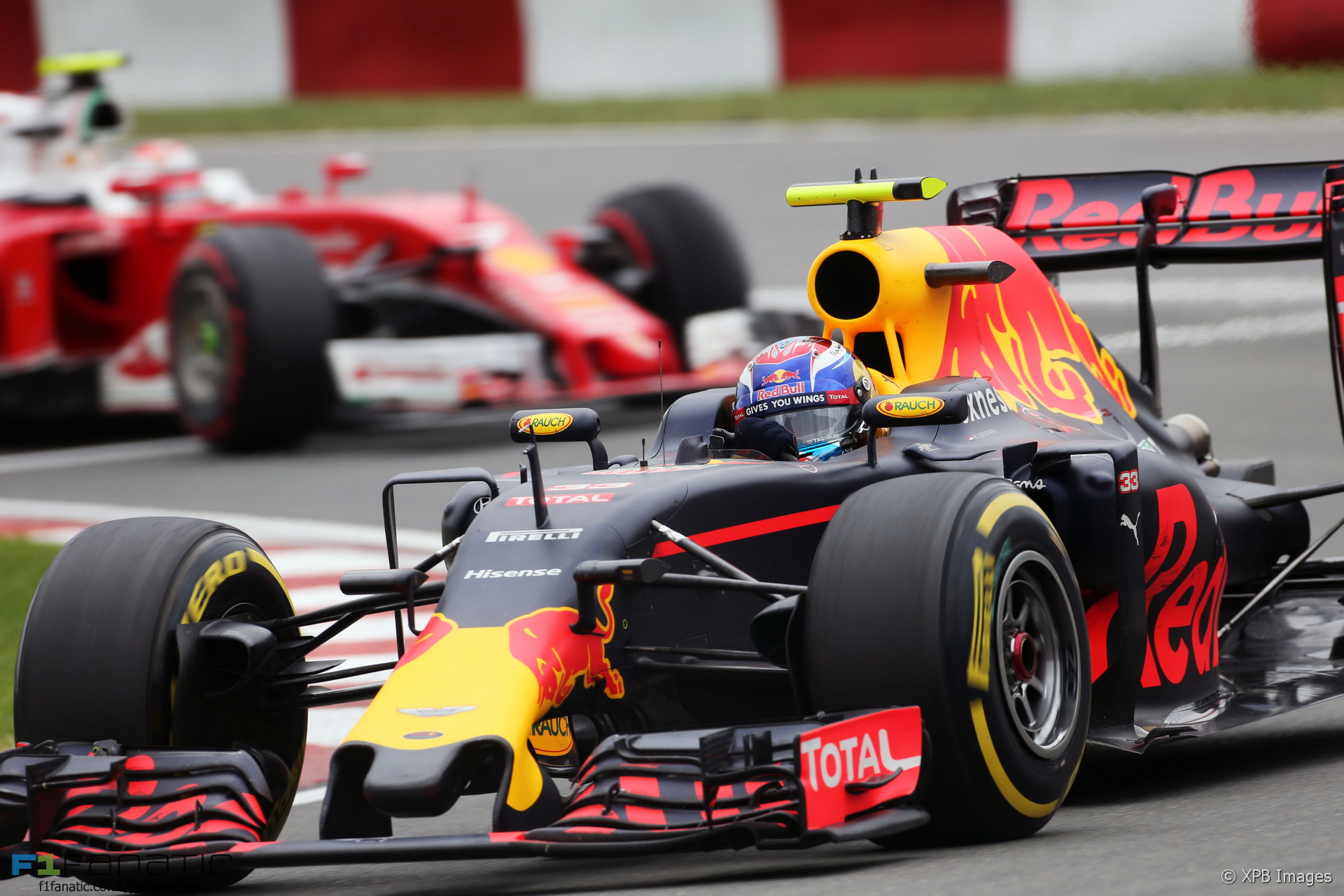 Max Verstappen believes Red Bull achieved the maximum result they could in Canada with fourth place, but admits he was eyeing a podium finish.

The Red Bull driver used a two stop strategy to secure fourth place after both Verstappen and Daniel Ricciardo had tyre concerns during the race.

“It was a good race,” says Verstappen. “Just a shame that we didn’t finish on the podium in front of Williams.”

“I think we realised very early that we had too much degradation on the tyres, and then you try to make the best of it and I think that’s what we definitely did today.”

Having jumped his team mate at the start, Verstappen had received a call in the early stages not to hold Ricciardo up, but managed to control his pace accordingly.

“I was just saving my tyres,” explains Verstappen.

“I knew I couldn’t keep up with the first two, so I was just controlling a bit, saving the fuel, and when they told me that message it was ‘okay, now I start to push again’. So I opened up the gap and there was no issue any more.”

Verstappen could not challenge Valtteri Bottas for the final podium position and came under intense pressure from Nico Rosberg’s Mercedes in the closing laps of the race, before Rosberg spun at the chicane on lap 69.

“That was a very long time in fourth,” says Verstappen. “I thought ‘okay, I don’t want to give up this position’. I knew it was going to be hard and I fought for it and luckily we stayed fourth.”