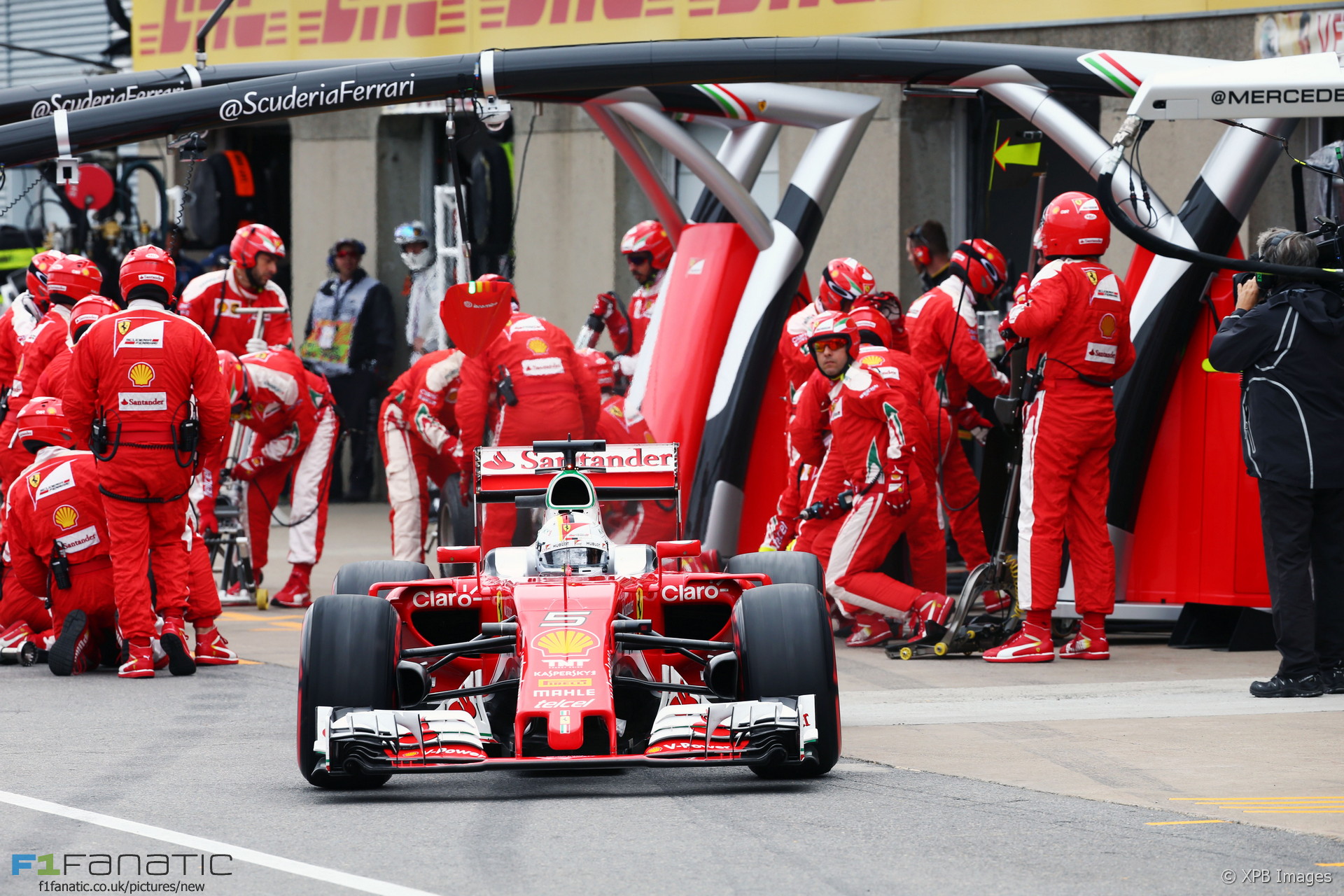 Sebastian Vettel says he tried ‘absolutely everything’ to win the Canadian Grand Prix after he finished the race second to Lewis Hamilton.

The Ferrari driver led at the start, but finished behind Hamilton’s Mercedes after he was unable to convert a two-stop strategy into victory.

“I’m trying,” says Vettel. “I know that behind me is not some joker.

“Lewis was wanting to come back after the start and pushing very hard. And I know he has similar pace and I am trying everything.”

Vettel pushed hard to chase down an eight second gap to Hamilton after his second stop, but a series of lock ups and running through the chicane on a handful of occasions kept the Ferrari adrift of the Mercedes.

“I was very close to the walls,” says Vettel. “I was happy to take that risk, because otherwise what’s the point in going around keeping margin, keeping margin – it’s boring.

“We’re here to push. You feel a lot more alive when you get close to the walls – it’s very exciting. If you manage to come out on top of it, without brushing the walls, you feel so much better. I tried absolutely everything – arguably here and there, a bit too much – but we wanted to win.”

13 comments on “Vettel: ‘I tried everything to win’”