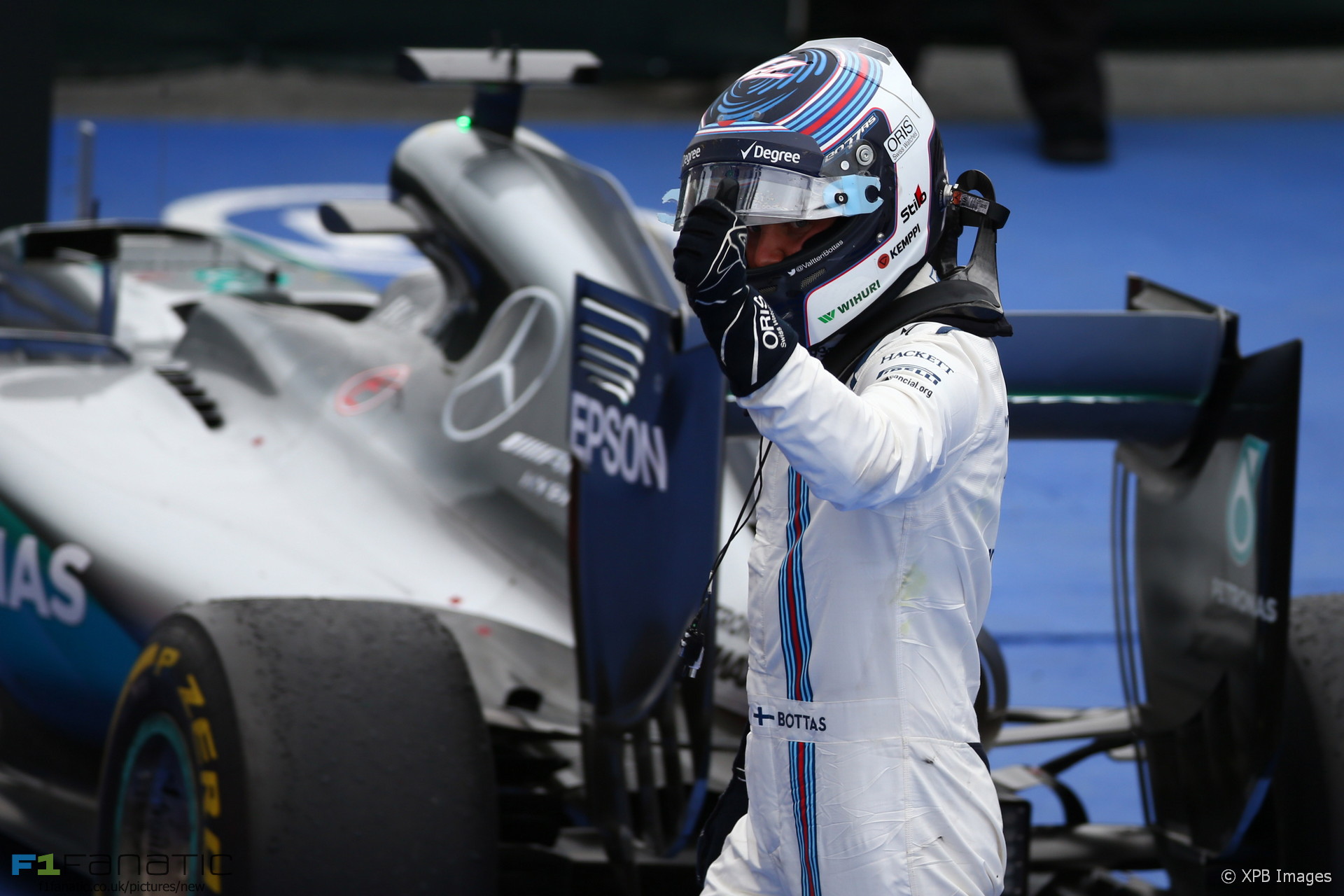 Valtteri Bottas says that his first podium appearance of the season in the Canadian Grand Prix will be a ‘big boost’ for the Williams team.

The third place finish was Williams first podium of the season and Bottas’s first since the Mexican Grand Prix last year.

“We did need this, yeah. Definitely,” says Bottas. “And also for me it feels really good. So I’m really happy for us as a team. It’s always a big boost.”

Bottas made a one-stop strategy work to take the final step on the podium after rivals struggled with tyre degradation.

“It was a great strategy, says Bottas. “That was our ‘plan-A’ originally, so I’m glad we could execute it. And just the pitstops, again, they make just an incredible job.

“From the beginning of the race I really felt that we could pressure Kimi [Raikkonen] in front and also the Red Bulls. So it was a good feeling that we actually had race pace to fight for every position.”

Asked if the performance means that Williams had now joined the Ferrari, Red Bull battle behind Mercedes, Bottas remained cautious.

“It’s difficult to say,” Bottas explains. “It’s always going to depend a little bit on the track – how it suits us – I would say that this one gives us a lot of confidence for the next few races.

“We are a good team. We can do good results. So there’s no reason why we cannot be on the podium again this year if we keep pushing.”