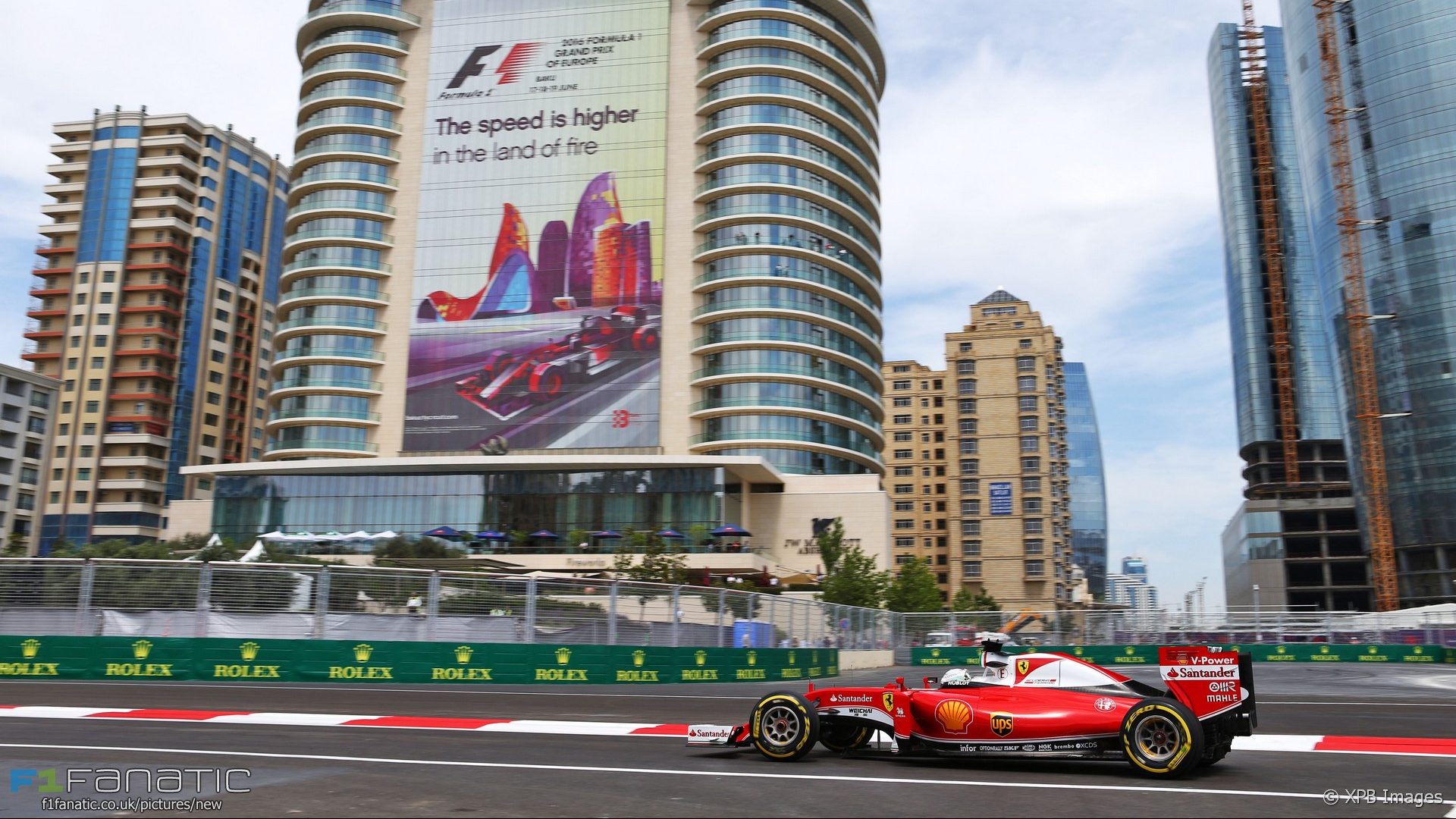 Formula One has completed its first practice session on the Baku City Circuit. Do you think it’s a worthwhile addition to the Formula One calendar?

Baku’s circuit is distinctive in several ways. It is unusually fast for a street circuit. It is also extremely narrow in one place, where the track winds its way past the Qosha gate.

These attributes set it apart from other tracks on the Formula One calendar, even if we wouldn’t want to see a track which is entirely made up of corners as narrow a the run from turn eight to eleven.

Aside from a few novelties the Baku track is standard fare for F1. The rough challenge of real street racing has been replaced with manicured asphalt. Of its 20 corners, 11 are right-angles and most of the rest are acceleration zones.

Hermann Tilke has designed a scenic tour bus route of Baku, not a grand prix circuit. Worse, the pit-lane entrance and head-on barriers in places are unacceptably dangerous.

The main positive about the Baku circuit is at first glance it looks distinctive compared to some of the other circuits F1 has introduced recently.

The wide, fast run to turn one immediately screams ‘Macau’ in this context, and that’s about as good as it gets in terms of street circuits. The cars looked spectacular through there during practice.

The opening sector, though, is Valencia-dull. And the run past the castle, which was surely only put there to satisfy the Baku tourist board, looks far too narrow for cars of this size (let alone next year’s wider models).

I also think some of the safety concerns drivers have expressed are reasonable. It’s surprising some sections of the track, particularly the pit lane entrance and the barrier facing drivers at turn seven, have been deemed safe enough for a modern grand prix track.

I’m going to hold off on passing judgement on Baku until I’ve watched this weekend’s races. However the fact I’m still giving it the benefit of the doubt at this stage means I already like it more than Sochi, and that’s something.

Is the Baku City Circuit a good addition to the F1 calendar? Cast your vote below and have your say in the comments.

Do you agree the Baku City Circuit is a worthy addition to the F1 calendar?

46 comments on “Baku: Fit for F1 or another tour-bus track?”