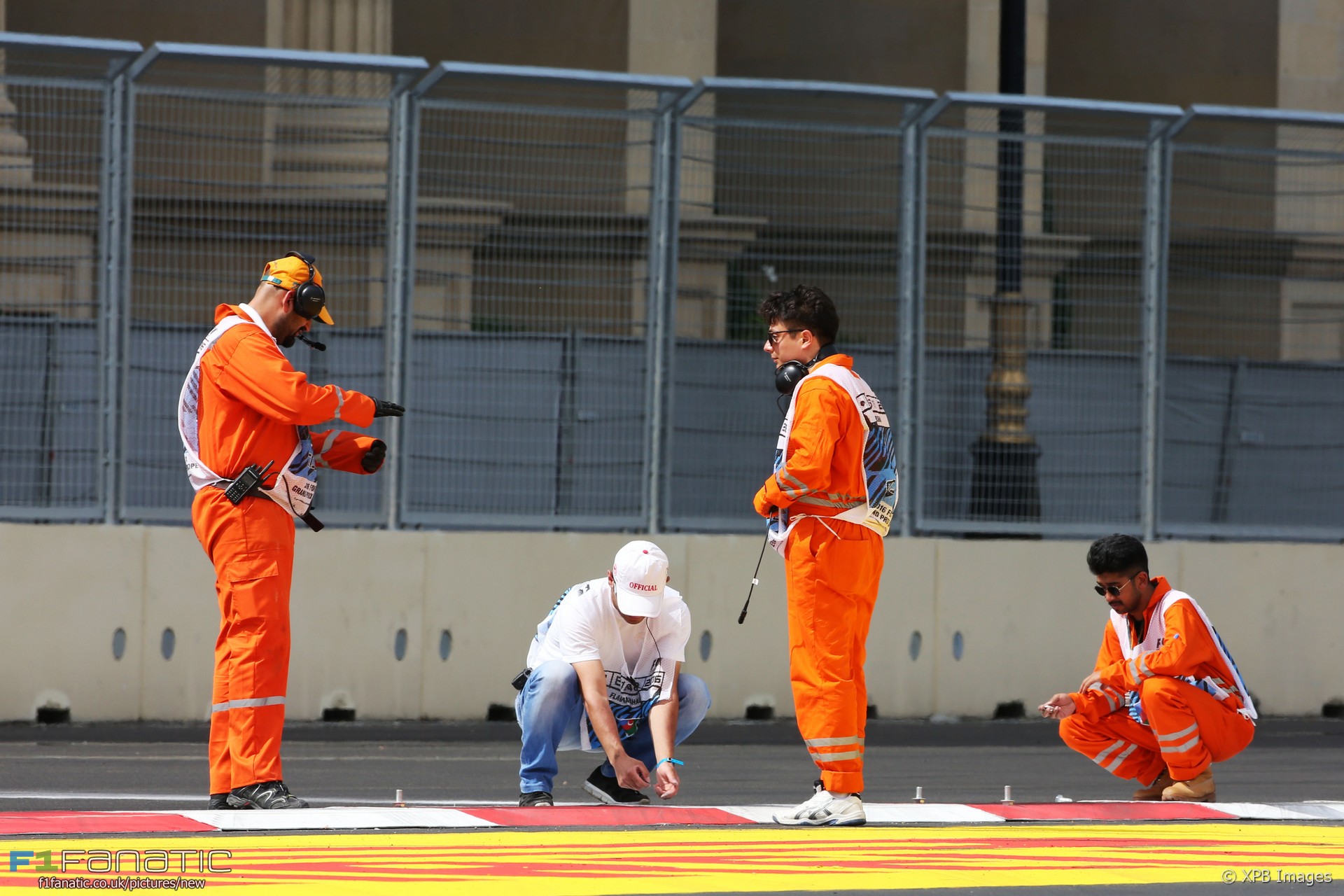 Changes have been made to the pit lane and kerbs at the Baku City Circuit in response to the safety concerns which arose after the first day of running at the track on Friday.

The pit lane entrance has been a particular area of concern as it requires drivers to slow down in close proximity to other cars passing by at full speed. In order to guard against this drivers have now been told they must enter the pits if they have all four wheels to the left of the line and they must remain to the left of the line as they enter the pits.

The line leading towards it has been extended forwards 40 metres and made wider so it can be seen more easily and a pit entry sign added on a nearby barrier.

Problems with the circuit’s kerbs which forced the postponement of yesterday’s GP2 qualifying session have also been addressed. Kerbs have been removed at the exit of turns six and twelve and the entry to turn 13, and replaced with painted kerbs on the ground.

The kerb at the exit of the pits has also been removed and a replacement painted on. Drivers have been instructed that for safety reasons they must not exceed the limits of the pit exit by cutting the white line on the new kerb with all four wheels.

However problems with the new circuit continued during the final practice. A loose drain cover damaged a sidepod on the Williams of Valtteri Bottas, forcing him to miss the entire session.