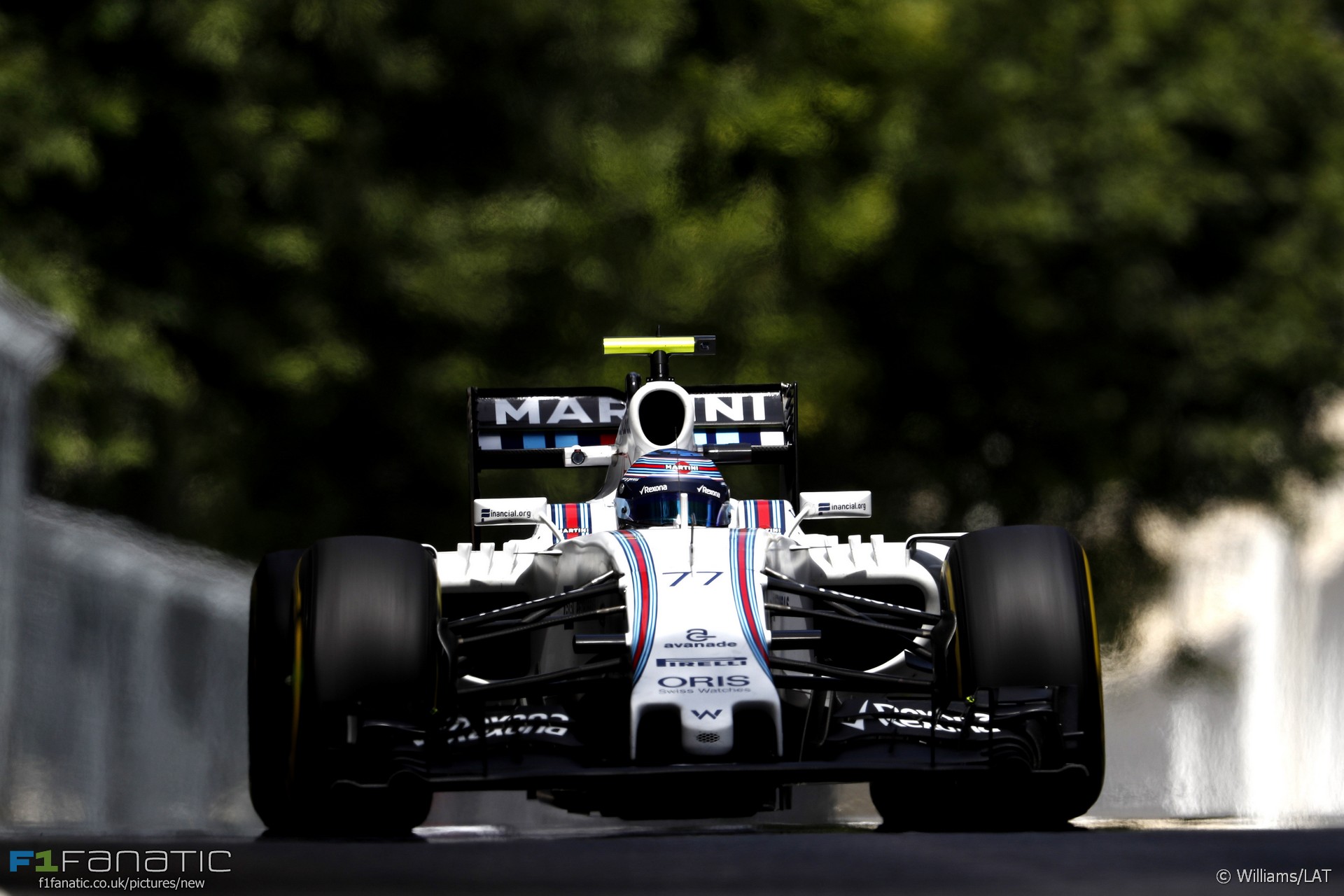 Williams reached record levels of performance for speed on the track and in the pits during the European Grand Prix weekend.

Felipe Massa was stationary for just 1.92 seconds while Williams changed all four of his tyres during Suday’s race. This equals the record for the quickest pit stop of all time, set by Red Bull in the 2013 United States Grand Prix.

The combination of Mercedes power, Williams’ efficient chassis and the longest flat-out section on an F1 circuit produced unofficially the highest speed ever seen during an official F1 session. Valtteri Bottas clocked 378kph (234.9mph) during qualifying.

This was well in excess of the estimated top speed of 340kph before F1 arrived at the track. However Hermann Tilke’s lap time prediction was impressively accurate. A time of 1’42.37 was forecast and Nico Rosberg duly produced a 1’42.520 in Q2. Had his Q3 run been cleaner (his first lap was spoiled by a yellow flag) that lap time prediction could have been spot-on.

Rosberg took pole position, the 25th of his career, which meant thrice-champions Niki Lauda and Nelson Piquet lost their places in the top ten most prolific pole-sitters.

He should have been joined on the front row by Sergio Perez. The Force India driver qualified second but a gearbox change penalty left him seventh.

That meant Force India missed out on their first front row start since the 2009 season. The team’s only front row appearances to date came that year, courtesy of Giancarlo Fisichella’s pole position at Spa-Francorchamps and Adrian Sutil’s second place at Monza.

Rosberg took pole by 0.995 seconds, which was Mercedes’ largest advantage over their rivals in a qualifying session since the 2015 Australian Grand Prix, when they were 1.391s ahead.

He used that advantage to the maximum in the race, leading every lap and setting the fastest lap on his way to victory from pole. This was the second ‘grand slam’ of his career: his first came in Russia earlier this year. He is the only driver to have taken more than one ‘grand slam’ without winning the championship.

It was also the 18th fastest lap of Rosberg’s career, putting him level with David Coulthard. Mercedes’ 52nd win means they are now on their own as the fifth most successful constructor of all time in terms of wins, one ahead of Red Bull.

It was another frustrating grand prix for Daniel Ricciardo, however, as he finished lower than he started for the sixth race in a row.

Sergio Perez took his second podium finish of the year and the fifth for Force India. As with his previous two podium appearances, it was for third place having started seventh on the grid.

More significantly he also equalled the record for most podiums by a Mexican driver, tying with Pedro Rodriguez on seven. However Rodriguez took two victories: at Kyalami in 1967 and Spa-Francorchamps in 1970.

Azerbaijan arrived on the F1 calendar as the 32nd different country to hold a race. It joins Britain. Germany and Spain as hosts of the European Grand Prix.

The Baku City Circuit is the 72nd different track to host a world championship round and the sixth track to hold the European Grand Prix after Brands Hatch, the Nurburgring, Donington Park, Jerez and Valencia.

Azerbaijan has never had a driver in Formula One and nor will there be in the near future as there are no Azerbaijani racers who have any FIA Formula One superlicence points. The same is also true of two other current F1 hosts: Bahrain and Singapore.

Have you spotted any other interesting stats and facts from the European Grand Prix? Share them in the comments.